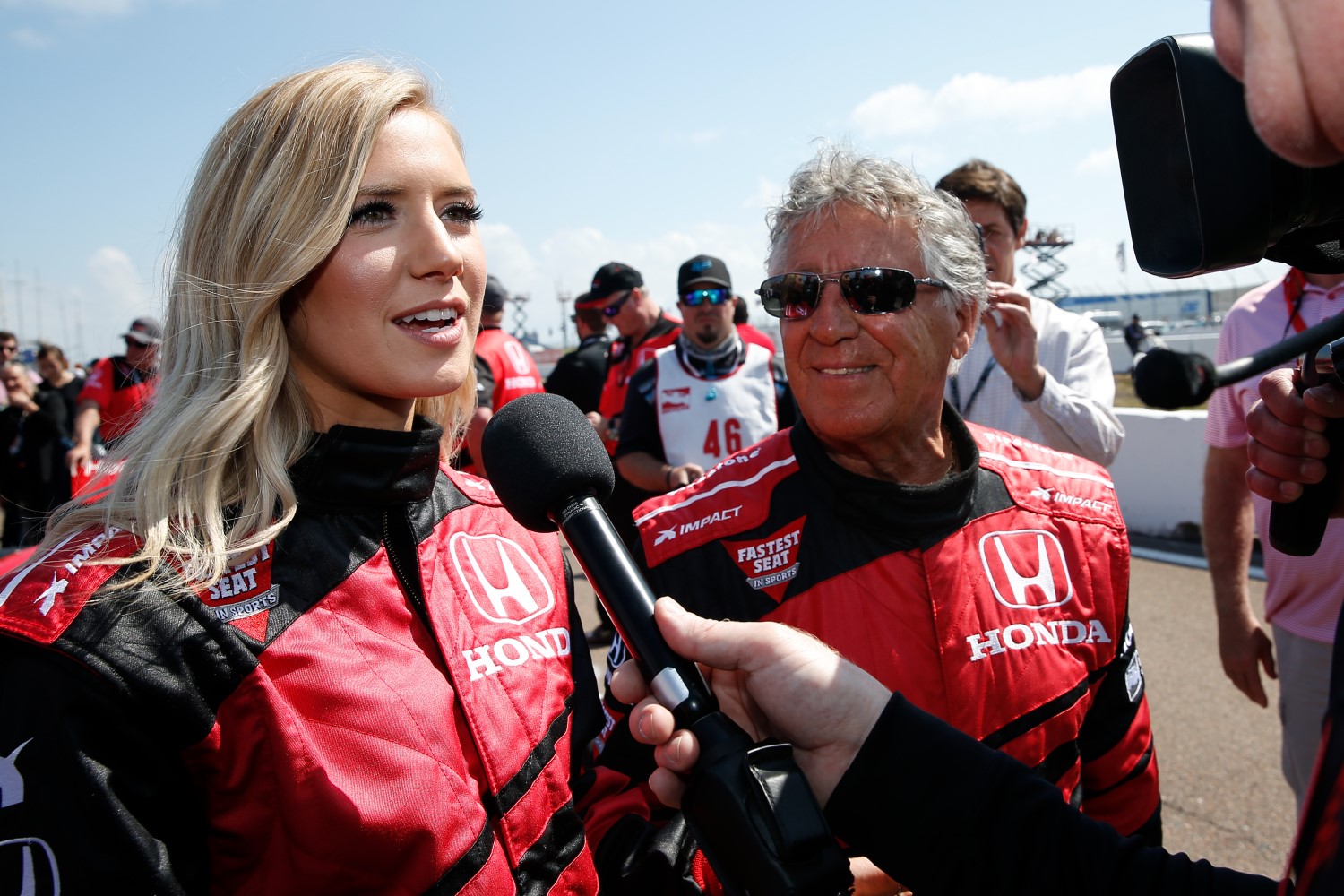 Just days after the dramatic conclusion to their season of The Bachelor, race car driver Arie Luyendyk Jr. took his new bride-to-be, Lauren Burnham, for a few laps around the IndyCar race track in a car emblazoned with his name.

The fast and furious couple were in Florida for last weekend's INDYCAR’s Firestone Grand Prix of St. Petersburg.

The 36-year-old reality star talked to reporters after the race about his decision to break up with Becca Kufrin, which was done on-air in a tough-to-watch segment, and propose instead to Burnham.

Burnham, 25, also got the opportunity to take a spin around the track with legendary driver Mario Andretti, an experience she called "one of the top 5 coolest things I've ever done" in an Instagram post later.

Now that the couple can finally go public with their romance, they've been making the most of it and were spotted out in New York last Wednesday.