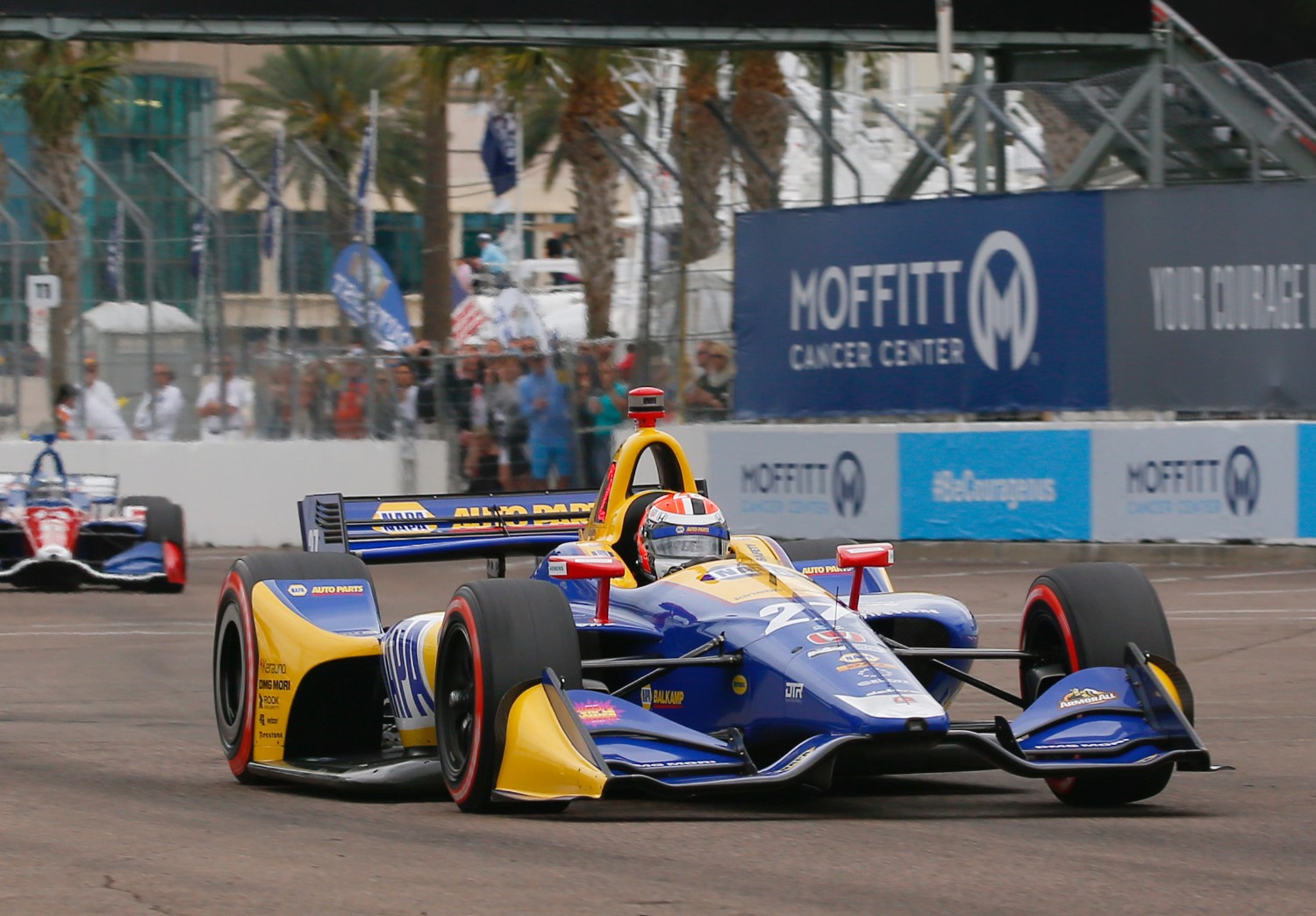 He probably would have put the car on pole Saturday if not for some bad officiating by IndyCar, but Andretti Autosport's Alexander Rossi turned the fastest lap in morning warm-ups ahead of today's Firestone GP of St. Petersburg, the opening race of the 2018 IndyCar season. Rossi did his time on the harder Firestone blacks while the next three fastest drivers were on the softer reds.

Rossi was accused of holding up another driver in qualifying Saturday, something the team argued with IndyCar officials for over an hour yesterday. Rossi was easily in the Fast Six and had saved a red set of Firestones for a run at pole. Instead of losing your fastest lap, you lose your two fastest laps with this penalty, which means your weekend is screwed.

So instead of starting up front, with what is likely the fastest car and driver combination, Rossi is looking at just collecting points in the race. He is mired down in 12th place at the start on a track nearly impossible to pass on and in a place where losing a wing at the start is very possible.

Tony Kanaan was 2nd quick in the #14 Chevy, underscoring how good the AJ Foyt team is this year – they have been the fastest Chevy team all weekend.

Ryan Hunter-Reay was third quick in the #28 Andretti Honda.