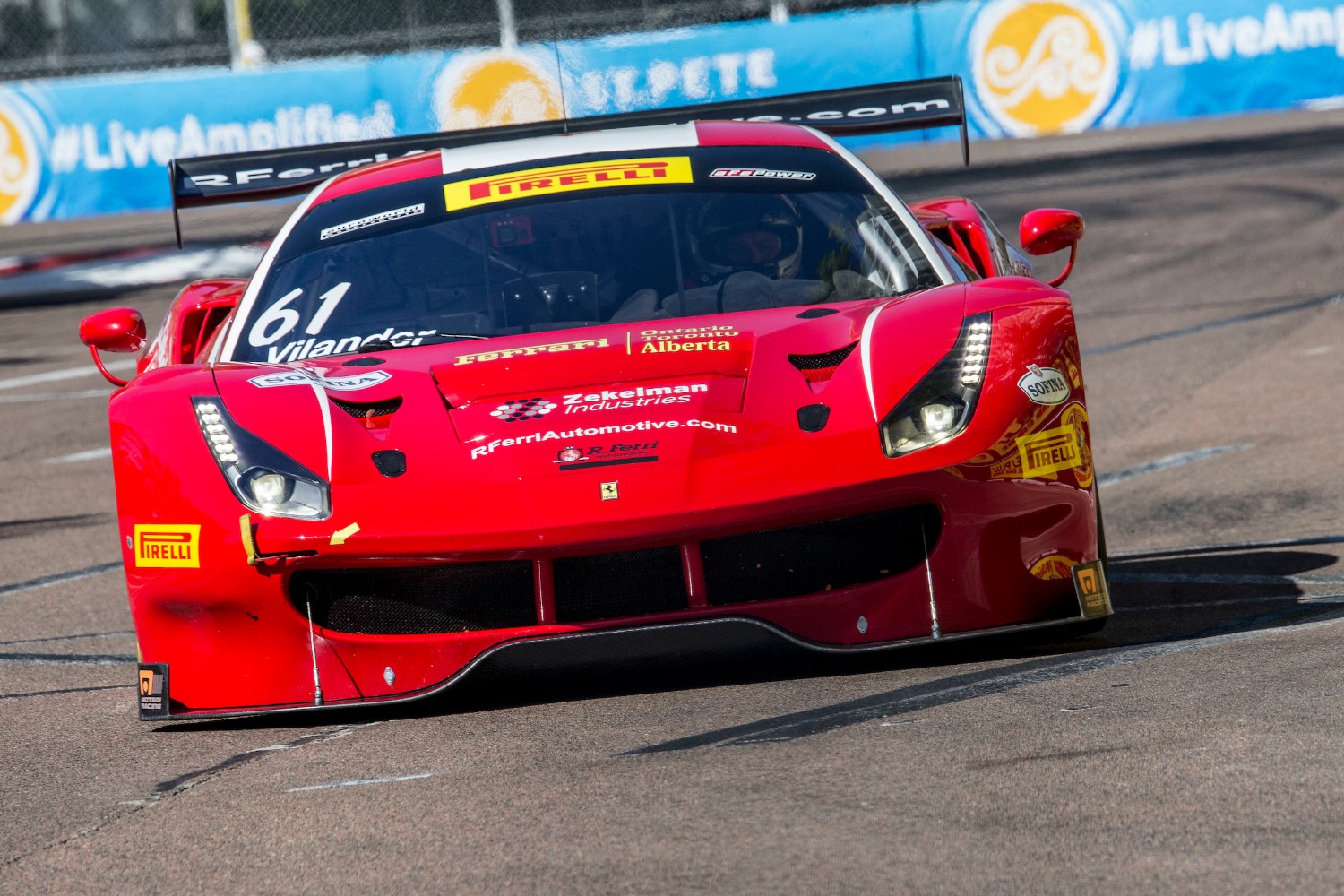 Veteran Toni Vilander of Finland made a spectacular debut in the streets of St. Petersburg Saturday morning by driving the No. 61 R. Ferri Motorsports Ferrari 488 GT3 to a provisionally new Pirelli World Challenge GT qualifying track record in the Firestone Grand Prix of St. Petersburg.

All GT qualifying times are unofficial until the stewards review and technical inspection is completed.

Vilander led both practice sessions Friday in his first runs at the tight, tricky 14-turn, 1.8-mile temporary street circuit near the St. Petersburg harbor. But the veteran improved his best clocking of the weekend in the middle of the 20-minute time trials.

“It’s a good qualifying here for us today," said Vilander. “We had good pace in the pre-practice rounds and I really enjoy the circuit. It’s fun. It’s the first time for me at the St. Pete track. This is very positive to enter the first of the championship this right. The RFerri team has been working hard to prepare for this season. The race today (Saturday) will be different as I have to be really aggressive. I hope we can keep this momentum for the rest of the season."

Not only was the pole winner making his first appearance at the St. Pete course, the second and third place qualifiers – Michael Christensen and Daniel Keilwitz – were also new to the street circuit.

Round 1 of the Pirelli World Challenge GT Sprint series is set for Saturday at 3:50 p.m. EST at St. Petersburg. Round 2 for the GT/GTA divisions is scheduled for Sunday at 3:15 p.m. EDT.