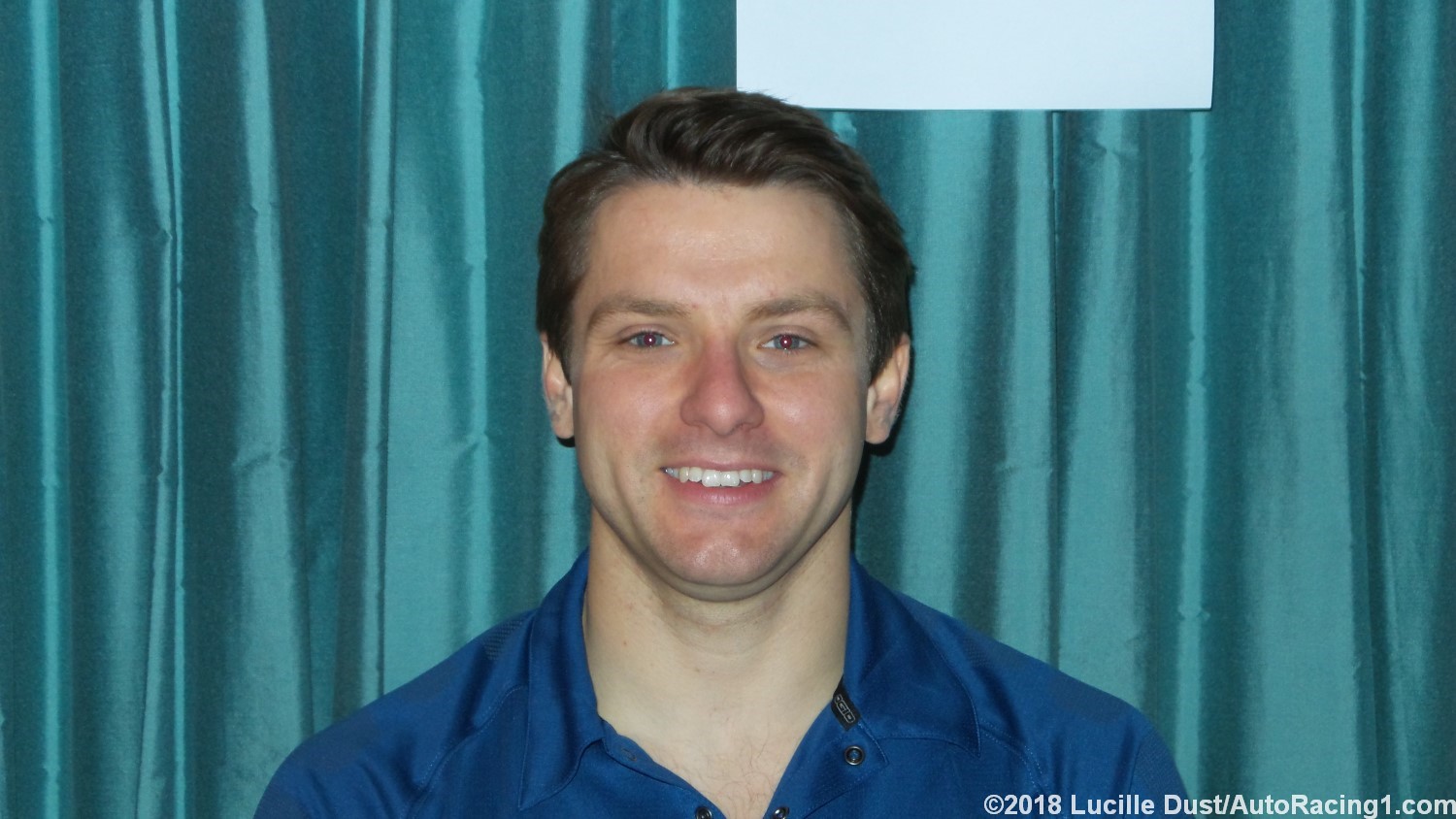 The rookie story of today is Jordan King, the 24 year old driving the number 20 car for Ed Carpenter Racing. He finished 6th on the charts for the three combined practices yesterday and today. But he has the first slot for a while this morning before Scott Dixon, driving the number 9 car for Chip Ganassi, took the top spot away from King. And then King had an incident that put him off track with less than two minutes to go in the session.

AR1 spoke with King after the practice session. King had this on say about his impressive run today, "We are still making a few changes and improving the car. I am happy with the direction the team is going. A few little mistakes as you just saw. A big braking zone on cold tires. and we only had a couple of minutes in the session and I was late going out. But I am reasonably happy with the car going into qualifying. We have been testing general performance and the balance of the car that I will be happy with for the two hour race."

When asked about the alternate tires, King replied, "I put them on for about three laps yesterday but I could not get a lap in at all because of traffic. I noticed for two corners that I was half a second up but then there was traffic. There will be a learning curve for me today in qualifying."

This morning the new Chevrolet Program Manager was introduced to the media. Robert "Rob" Buckner has worked on the timing stand for KV Racing and Sebastien Bourdais in 2015 and 2016. AR1 asked Buckner what results he expected this weekend with the new aerokit. Buckner replied, "I think we are ready to go for this weekend. I know our group and technical partners have put in so much time and effort, it is hard not to be confident. Between the number of laps we have ran, the driver feedback on the drive ability of the engine package this year has been great. And I know we made some good gains during the offseason with the engine package and the torque delivery. We are ready to go."

AR1 asked if the Chevrolet teams feel good about setups for St. Pete. Buckner answered, "Because you can't test on the street courses, it is always hard for setup. I think the big thing from yesterday from the two practice sessions is the spread from first to 15th is larger. You see the drivers sliding the cars around. I don't know if so much of it is setup or the fact the drivers are so used to being really aggressive with so much downforce. They may be closer to optimal than they think. They just have to adjust the way they drive the new car."

Qualifying starts shortly. There was some precipitation at the end of the Indy Lights race that just completed. That would change up the Firestone Fast Six qualifying if rain fell during the sessions.

It is a beautiful morning in St Petersburg, Florida. The weather is going to be perfect today with temperatures in the mid 70’s with a chance of rain after qualifying time today. Rain is still in the forecast for Sunday but it has changed to only in the early morning and not at race time.

Now that we have two practice sessions in the record book, it is interesting to see the issues with this race track. With the less downforce, the car is faster. The top three times in the afternoon session were faster than the pole speed of 106.118 for last year’s pole.

Ryan Hunter-Reay, the Andretti Autosport driver of the #28 DHL sponsored car, was the fastest in the afternoon practice. Hunter-Reay talked about his run. “Really the whole car is just overall lack of downforce. We come out here and we're used to years past knowing exactly how hard we have to push it. In the past with more downforce, we actually had to go a little bit beyond our comfort level to get the lap time out of the car because there was so much downforce on it. That was the most awkward thing about today, trying to rein that back a little bit, try not to ask so much of the thing.’

“That's where it's difficult. It's just sliding around. It's overall lack of grip. I remember after my first two outings coming back trying to get feedback. It's not really doing one thing wrong or another thing wrong, it's all over the place light."

“I think the biggest issue is going to be tire degradation in the race just because you're sliding around so much, asking so much of the tire. It's good though. It's a new challenge. Got everybody on their toes. We'll see who makes the most of it in the shortest amount of time."

James Hinchcliffe, the Schmidt Peterson driver of the #5 Arrow sponsored car, was second fastest in the afternoon session. Hinchcliffe added his thoughts. “Echoing the sentiments that Ryan said, it's a very different beast. I think we saw a lot more guys kind of back in the tail end of the car in turn one on the brakes there than we've ever seen before, power down. Everything in the back of the car is different. Everything in the front of the car is different. The aero map is different, mechanically what it needs to be efficient, with the aero."

“Like he said, having to reprogram your brain as to what normal is with this car has been a huge challenge everywhere we've gone. Doing it for a street circuit for the first time has been a bit of an eye opener. I think Ryan is right, degradation in the race, wow, 110 laps, is that all?"

Hinchcliffe continued, “Yeah, out of the final turn, out of turn nine as well. There's definitely a lot of things different about the cars. You definitely feel like you're hauling the mail, going down into all the big braking zones, one, four, ten. I almost kind of was hoping we could talk to the track about adding some sign boards down in turn four because there's only three, two, one. We used to brake after three, now a good chunk before it. It's hard to judge."

“That's how much it's changed. We literally need new brake markers because we're going so much faster and have so much less downforce."

We will see what happens today. The final practice session is today at 11:10 am. Then qualifying is at 2:20 pm.