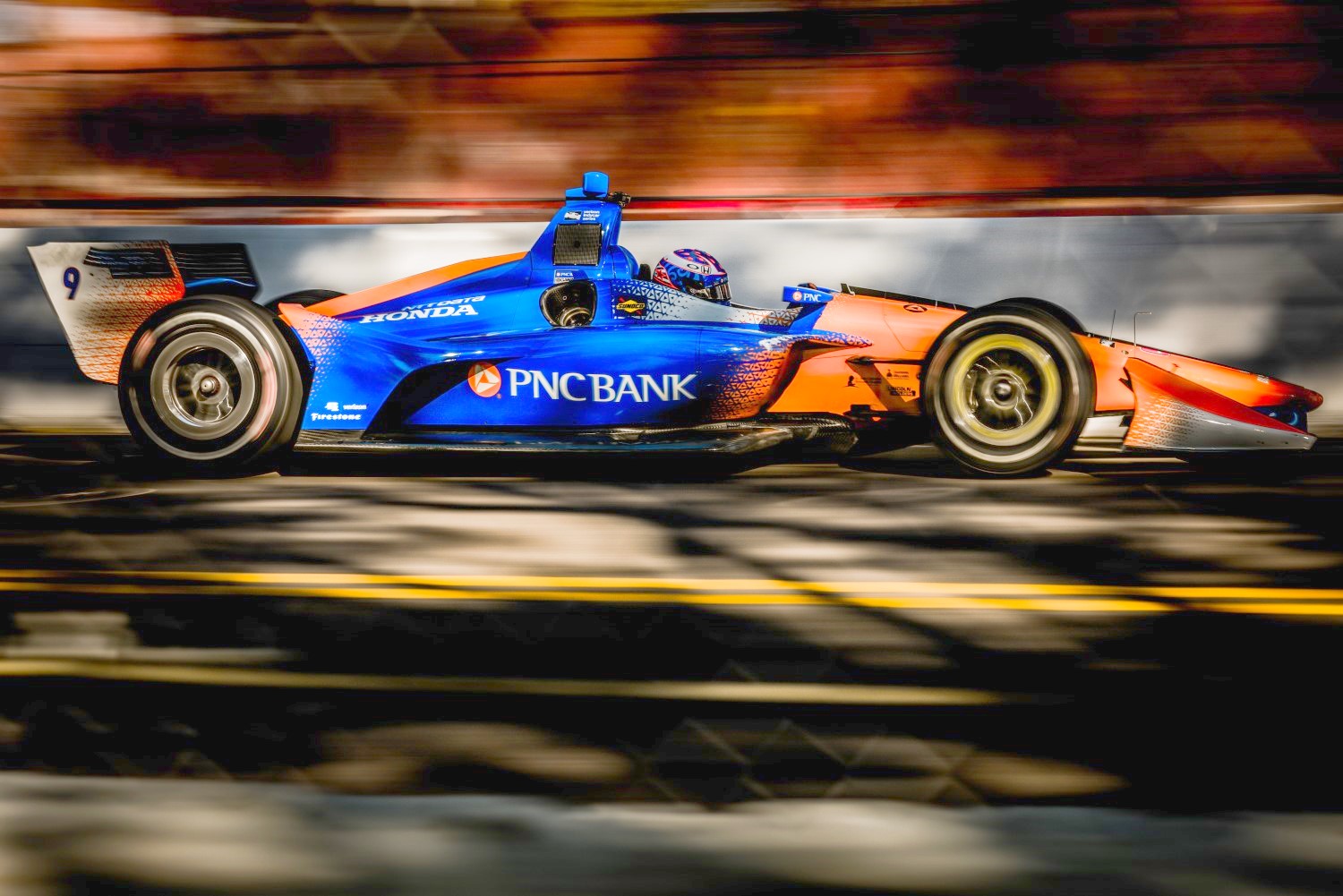 Scott Dixon turned the fastest lap in final IndyCar practice on the streets of St. Petersburg, Florida in his Ganassi Honda.

Dixon was followed by a bevy of Chevy powered cars led by Josef Newgarden in the #1 Penske Chevy.

Will Power, Jordan King (who put it in the final turn barrier to end the session), Matt Leist, Simon Pagenaud and Spencer Pigot in 7th.

All times were set on the harder Firestone black tires under sunny skies and a temperature of a perfect 68 degrees F.