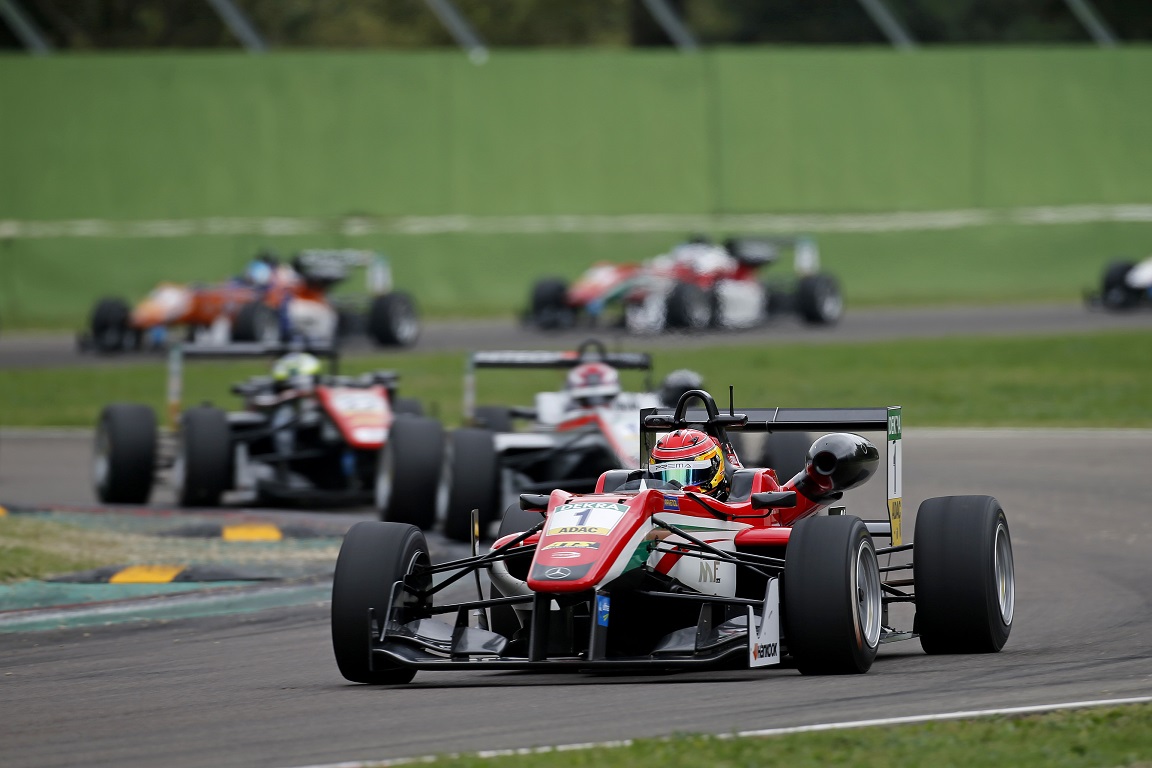 F3 is set to once again become a major step in the ladder towards F1, as a restructuring of the formula, which will now be run by Formula One, will become part of the F1 calendar from 2019 along with a new one-make chassis and engine package.

Following the meeting of the World Motor Sport Council in Geneva yesterday, the FIA confirmed that the Formula 1 group of companies has been selected as the promoter for the new FIA Formula 3 Championship, which will begin next year.

The international championship will be hosted on the Formula One World Championship platform and feature an all-new car, with a single supplier for chassis, engines and tyres to be selected by the FIA in collaboration with Formula 1.

According to the FIA, the introduction of the new championship will benefit both competitors and fans, providing the unparalleled platform of F1 for young drivers working their way up the FIA's single-seater pyramid, which now spans the full spectrum of the discipline from karting to FIA-certified Formula 4, FIA-certified regional Formula 3, Formula 3, Formula 2 and Formula One.

Having the top three tiers of FIA single-seater competition together at the same events will make it easier than ever for fans to follow the careers of aspiring young drivers and see the dramatic journey towards Formula One unfold.

An exclusive grid of no more than 30 cars will be accepted, with the championship planned to run between nine and ten events, with two races per event.

The new car will integrate the latest FIA safety technologies, making it the benchmark in safety standards for the F3 category. It will feature increased chassis strength, increased cockpit rim height and strength that will be the same standard as in F1, the Halo frontal impact protection device, and will be the first car to feature a frontal anti-intrusion panel.

Cost control is key element of the new championship, and in addition to the use of common components, there will be limited, regulated testing, as well as limitations on trackside personnel and the use of electronics and sensors.

The championship will sit above the recently-introduced Formula 3 regional championships, certified by the FIA, as a first step into a global racing series. Two of these regional competitions will begin in 2018 in Asia and the Americas, and it is anticipated that more F3 regional championships will be proposed by ASNs, which will again feature a single-make car with a single-make engine. The ASN will be free to choose from the homologated FIA suppliers, subject to compliance with the FIA regulations and cost guidelines.

The chassis and safety regulations for both FIA F3 and F3 regional championships certified by FIA will be largely the same, ensuring that the young, talented drivers have the best environment to develop their skills before making the step up to international competition.

"The FIA has been refining the single-seater pyramid with great care over recent years," said the FIA Single-Seater Commission President, Stefano Domenicali, "and the new FIA Formula 3 Championship achieves an important goal of putting the top three FIA single-seater competitions on the same platform.

"This has great advantages for fans and competitors alike, as graduates of FIA-certified national and regional competitions have a clear first step into international racing, while spectators and viewers watching Formula One will be able to see a broader spectrum of future stars on their way to the pinnacle of our sport.

"Formula 3 has a long and rich heritage as a key category where the skills to reach the top are developed, and now with Formula 1 as the promoter, I'm sure it will continue to flourish."

"We are pleased to have been entrusted with the organisation of the FIA Formula 3 Championship as from 2019," added Ross Brawn, Managing Director – Motorsport at Formula 1. "While race fans can enjoy the spectacle of drivers battling it out at the pinnacle of motor sport, which is the Formula 1 World Championship, one of our objectives is to also provide them with the opportunity of discovering new talent and watching them progress along a clearly defined and high-level pathway.

"Already, since 2017, this has led to the creation of the FIA Formula 2 Championship and, as from 2019, the Grand Prix weekends will also feature another step on the FIA's racing ladder, in which the best young drivers from national and regional categories will be able to race on the greatest and most prestigious race tracks of the world, on the same program as those they might be racing against in F1 in the future." Pitpass