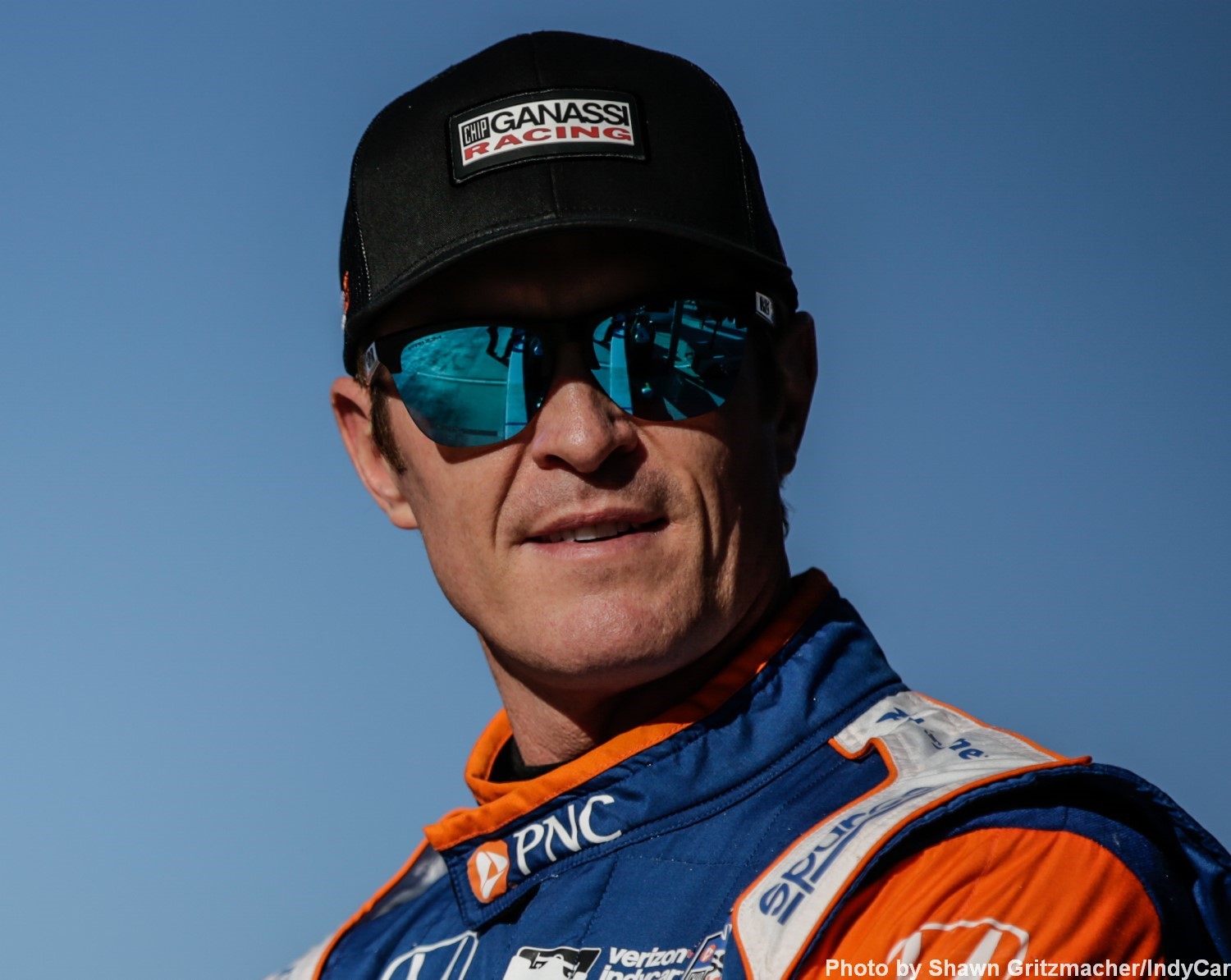 Good morning from St Petersburg, Florida. The weather is only expected to reach 63 degrees here today but the sun is shining. It feels strange to wear a jacket here in Florida. But today will be the coolest day of the weekend with a possibility of rain on Sunday, race day. This series can race in the rain so that is not a reason to stay home from the track on Sunday.

This morning will be exciting to see how the new cars pass and handle on this race course. The open test that was held last month in Phoenix led to some passing but the drivers were pretty cautious on how they were running until the last hour of the second day. AR1 heard the drivers were held back a bit due to a lack of spare parts for the aerokit. But a few cars passed each other under the lights that night.

AR1 spoke with Scott Dixon regarding his thoughts on the new car. "I think it is going to be interesting. For us, the off season testing was short. We only did Sebring. Some of the other teams have done Alabama and Sonoma. But Sebring has been extremely grippy. So there the series seen some of the fastest times for IndyCar ever. Which doesn't play true to the amount of downforce reduction that we have had. I think it might be a bit of a rude awaking coming to St Pete and the low grip circuit. Everything indicates that the car should be better to follow closely, seems like it pulls up a little bit better. Passing should be good. It is going to more difficult to get it right and probably more difficult to be consistent. All of that should fall in the category of better racing. Hopefully that's true."

"I like the fact that the new car requires a little more emphasis on driver and team combination of trying to figure out. I think this year consistency is going to be the tough part. You are going to find it easier at some tracks than others. We have had such a huge reduction in downforce that typically you need to change the tire quite a bit, like the sidewalls. Firestone is working pretty hard on that but those changes won't come until later this year or in 2019. When you take 1500 pounds off the car, the spring rate changes a lot, the rate of the tires changes a ton. I think racing will be no problem."

Dixon had a spin at the Phoenix test last month late in the last session. Dixon explained the situation to me, "James Hinchcliffe and I fought for position. As soon as I pulled out, I don't know if I got some air on the left front. I got sideways and I thought I had it. And then all of a sudden, I spun. Just an error on my behalf. Just more the closing rate on James' car. I pulled out a little aggressive and I spun. It was a very light touch."

The first IndyCar practice today is at 11:20 am.