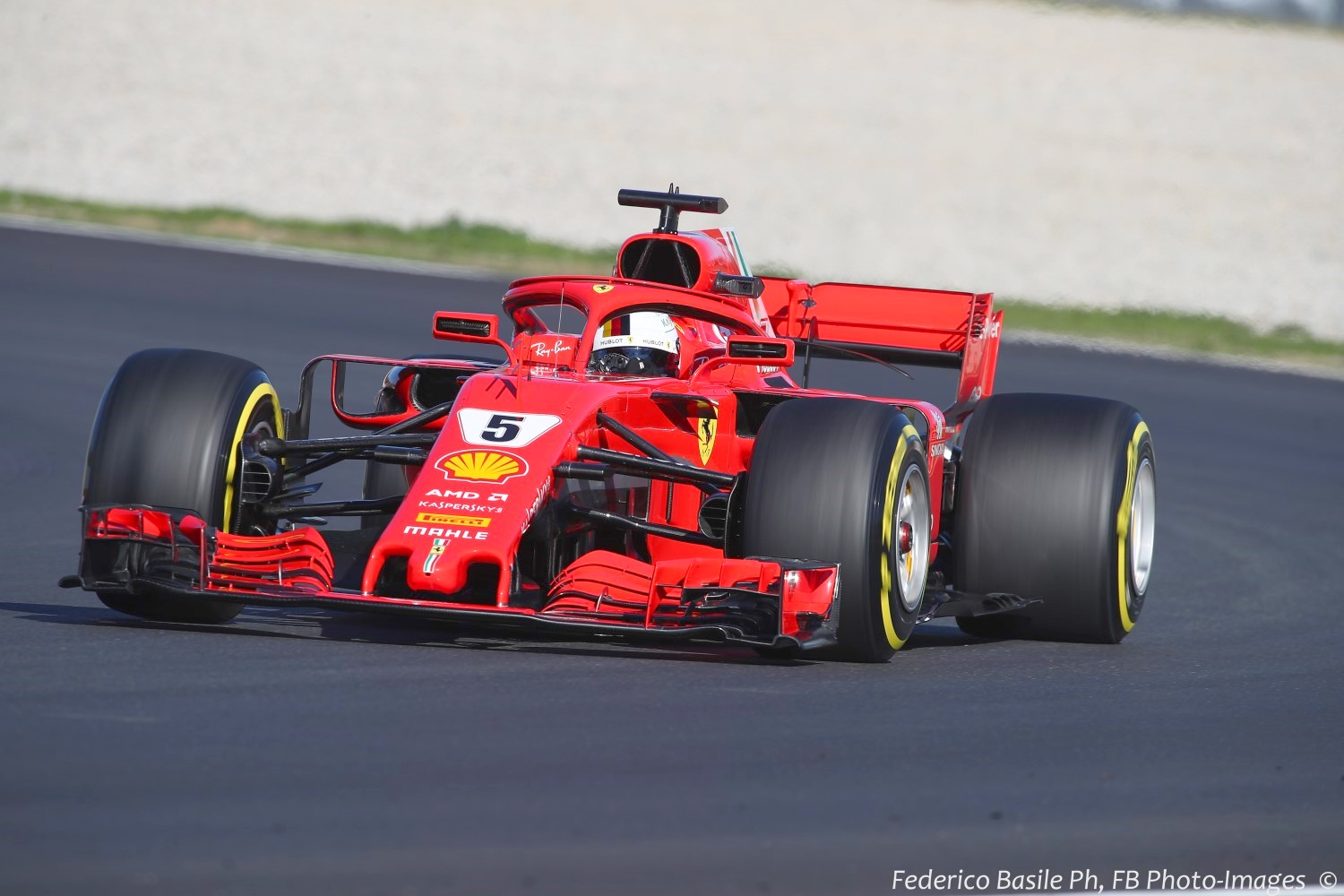 The Ferrari driver used hypersoft tires for the first time just before lunch break on a qualifying simulation to log the first sub-1m18s lap of the pre-season, a 1m17.953s.

That was well under Daniel Ricciardo's fastest time from Wednesday, which itself had beaten the unofficial record around the Circuit de Barcelona-Catalunya's.

Renault driver Nico Hulkenberg on hypersofts put up a 1m18.675s and was third, 1.493s behind Vettel.