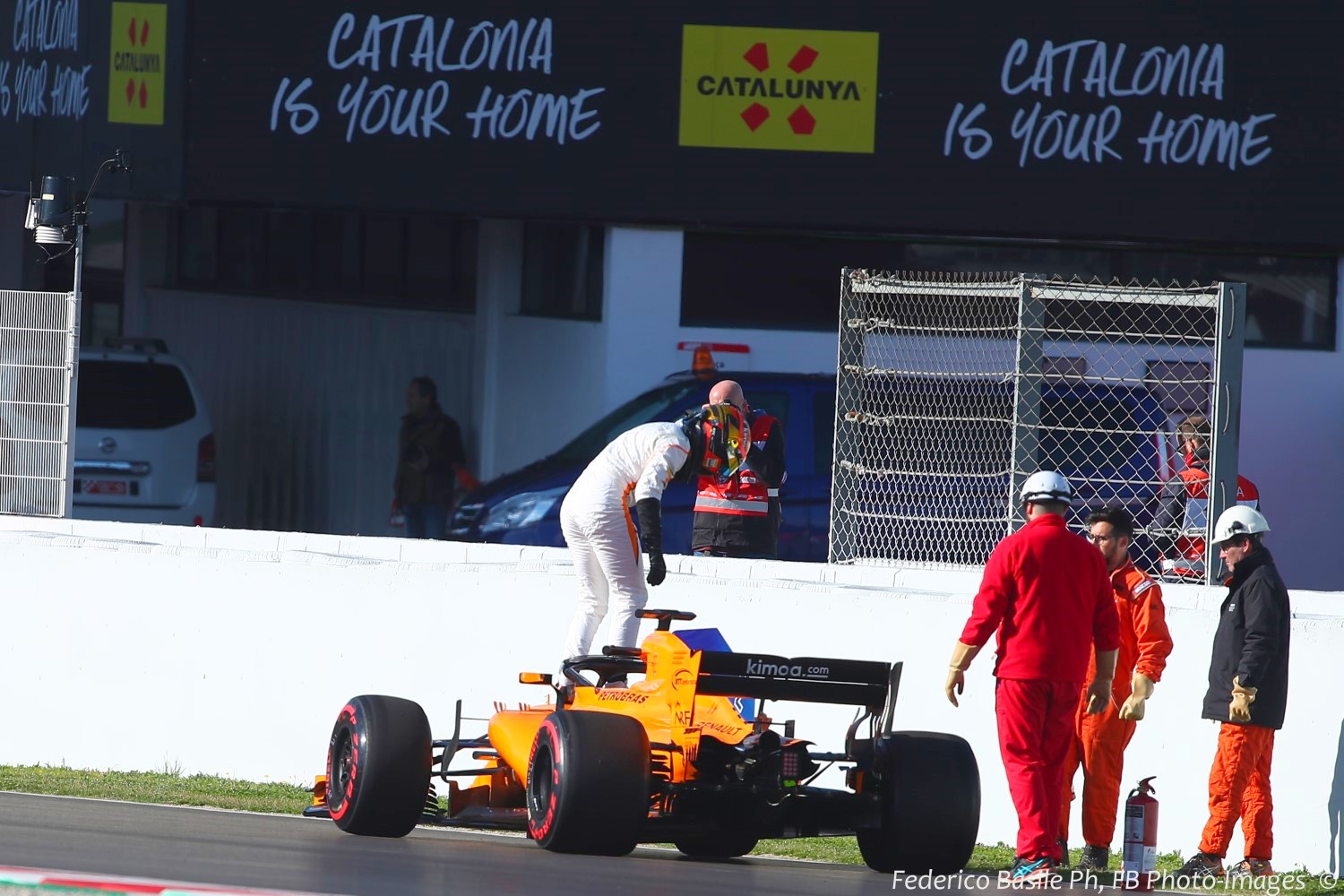 UPDATE The hapless McLaren Renault has broken down a third time. Must be Honda's fault.

03/06/18 Vettel still tops the times as running continues at Barcelona. The McLaren has broken down a second time and had to be flat-bedded back in.

Last year they blamed their lack of running on Honda.

What is their excuse this year that 1) they keep breaking down and 2) They have to run much softer tires than everyone else in order to set a competitive time?

Vandoorne’s McLaren, again running softer tires than anyone else to hide their true lack of pace, came to a halt exiting the final corner with a battery-related problem.

The McLaren remained in the garage most of the session.