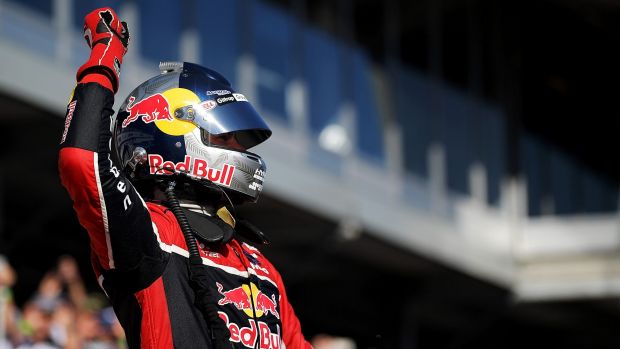 Kiwi Shane van Gisbergen has started 2018 as he did 2017, with victory on the streets of Adelaide in the opening race of the Virgin Australia Supercars Championship.

It was the Red Bull Holden Racing Team driver’s third consecutive win at the Adelaide 500, after taking out both races last year.

In front of a crowd of around 76-thousand, the 2016 Supercars champion started from pole position and after a slow start, reclaimed the lead in the closing stages to claim the first win of 2018.

Another former champion, James Courtney, put a disappointing 2017 behind him to claim second place and make it a Holden 1-2, while last year’s series runner-up Scott McLaughlin steered his Shell V-Power Racing Team Falcon to third.

Defending Supercars champion Jamie Whincup finished back in sixth just hours after his team finished rebuilding the brand-new Holden ZB Commodore he put into a wall at high-speed yesterday afternoon.

Reigning Bathurst champion David Reynolds and Mark Winterbottom were fourth and fifth, overtaking the seven-time champion who dropped to sixth after a mid-race spin from contact with Reynolds.

“What an awesome day. The new Commodore is awesome, a one-two for the new car," van Gisbergen said.

“It was a really good race, really tight with Scott and James and then at the end I was able to push. Hopefully tomorrow we can come and do it again."

The race followed a chaotic end to the ARMOR ALL Top 10 Shootout, where the Red Bull Holden team and bitter rivals the Shell V-Power Racing Team exchanged a war of words, after van Gisbergen’s lap which gained him pole position was reviewed by race stewards.

Van Gisbergen’s hot lap in the shootout immediately became the subject of an investigation as to whether or not he exceeded the track limits, designated by a yellow line on the track surface.

“It’s a bit like when you’re playing footy if the ball goes out of bounds they throw it in. The reality is all four wheels went outside the line and it’s pretty crystal clear where we sit." Shell V-Power Racing boss Ryan Story said of van Gisbergen's effort.

Asked for his take on the investigation, Red Bull HRT owner Roland Dane said: “It sounds like the sore loser department to me."

“The car was straight and we weren’t in Turn 7 anymore, that’s finished. We’re on the straight. If Shane gets a penalty for that we might as well all go home."

“It’s absolutely ridiculous to even be talking about it. They know that. If you’re not a good loser then you can’t be a good winner."

There will be a qualifying session, top ten shootout and the final 250km race of the weekend left to determine the winner of the 20th edition of the Adelaide 500.

A huge crowd is expected tomorrow in anticipation of the performance of international superstar Robbie Williams following the race.

RESULTS FROM RACE ONE: ADELAIDE 500