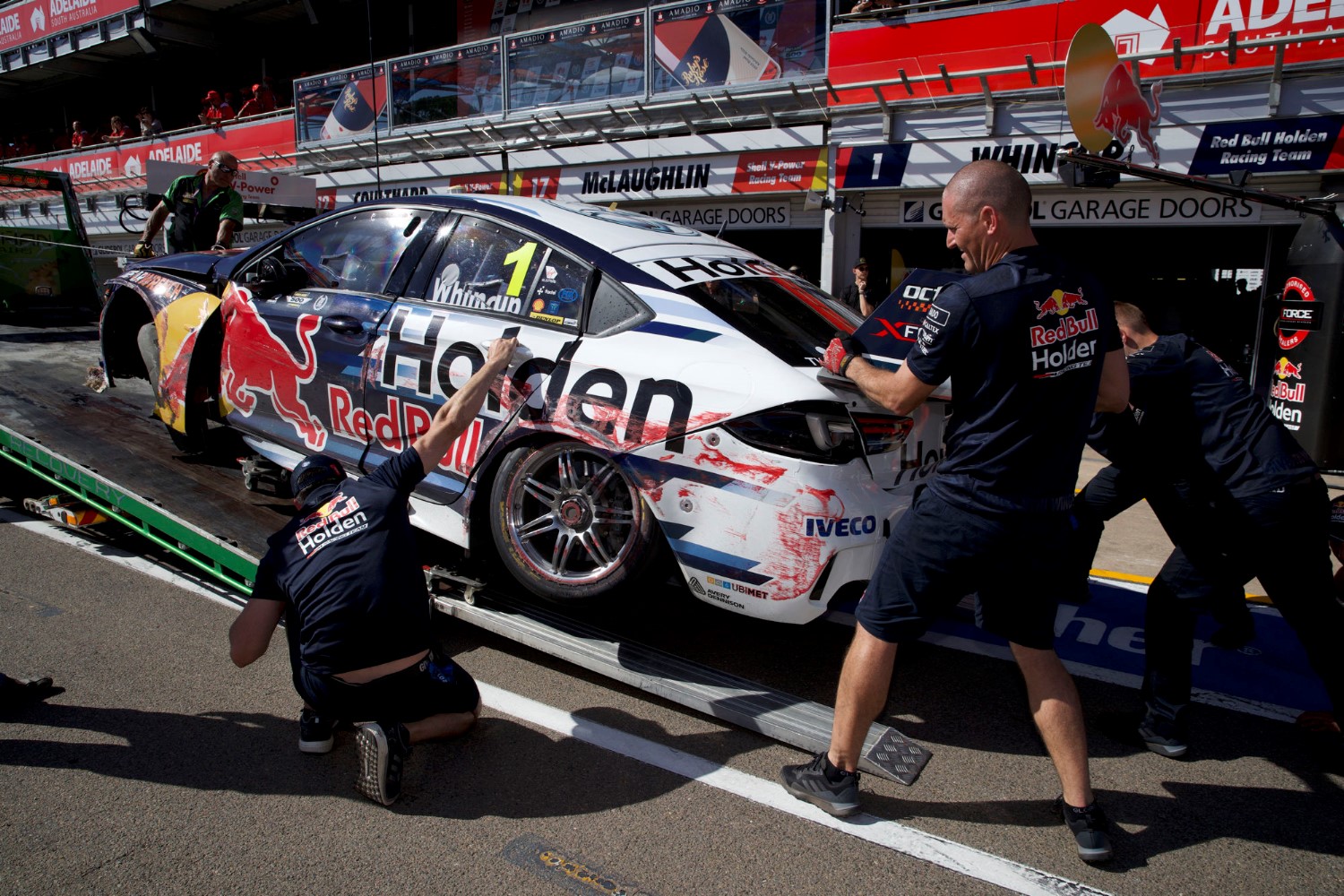 The 2018 Virgin Australia Supercars Championship has started in spectacular fashion with defending champion Jamie Whincup crashing out of qualifying at the Adelaide 500 today.

Whincup's teammate Shane van Gisbergen's run of strong results in Adelaide continued when he recorded the quickest time in qualifying, while Whincup's crew has some major repair work ahead of them this evening to get his car ready for the opening race of the year tomorrow.

Whincup's left-front tire was pulled off his brand new Holden ZB Commodore in the final lap of this afternoon's qualifying session and bounced down the Adelaide street circuit while the seven-time champion somehow managed to avoid further damage at high-speed.

Whincup's incident brought out a red flag which meant other drivers gunning for a spot in tomorrow morning's ARMOR ALL Top 10 Shootout weren't able to finish their lap as planned.

“I was up, I was pushing hard. The car wasn't that flash through Turn 8. I put it on the line, made a mistake, ran wide, bang," Whincup told Supercars.com.

“It was a big impact. It's all violent stuff. It slammed in hard. The thing just folds around you, and then the wheel flies off.

“It's tough, but that's the game we play. That's motorsport. There are 25 other people strapped into these things and if you make a little mistake, that's the consequences."

That meant defending Adelaide 500 champion Shane van Gisbergen will head into the Shootout as the quickest driver, ahead of Shell V-Power ace Scott McLaughlin and former Supercars Champion, James Courtney, who was third quickest.

“It wasn’t nice to come around and see wheels flying everywhere," van Gisbergen said of the end to the session.

“Jamie is OK, that’s the main thing, and hopefully the car can be fixed for tomorrow. It should be.

Whincup did record the quickest time of the day in this morning's opening practice, while close rival McLaughlin was quickest in practice two.

His crash was the third of the day at the notorious Turn 8, following Sandown 500 winner Cam Waters and rookie Jack Le Brocq coming unstuck at the same spot earlier in the day.

The race will run from 3:50pm AEDT tomorrow afternoon in front of what is tipped to be a huge crowd in Adelaide after an estimated 63,500 attended today.