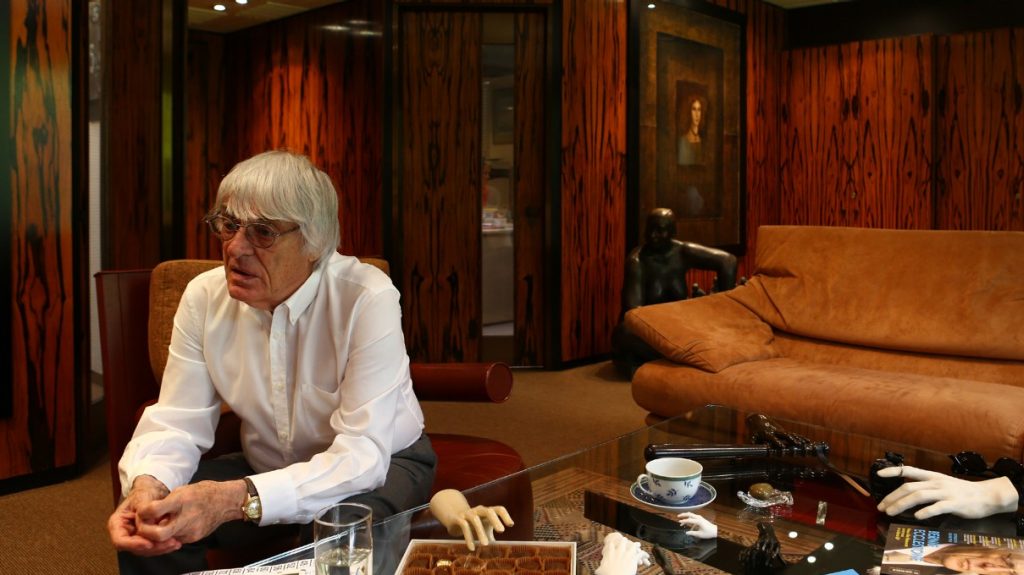 Ecclestone urges F1 to make bold switch to electric cars
The former chief executive of Formula One Bernie Ecclestone has said he believes the sport needs to make a radical break with the past and embrace an all-electric-powered future. He has suggested F1 should make some fundamental changes, including no longer paying the teams for taking part. Ecclestone also warned that Ferrari’s threats to leave the sport should be taken seriously.

“We still own the name Formula One, we still have contracts with promoters, let’s make different types of cars, let’s speak to the manufacturers and start a new all-electric F1, a Formula One for the future," he said.

The 87-year-old has long been a proponent of moving F1 away from the expensive hybrid engines currently employed but, with increased manufacturer interest in Formula E and the fundamental shift toward electric road cars occurring across the world, he believes F1 must fully embrace the technology.

“Can’t we do this?" he said. “The manufacturers provide the cars themselves but we aren’t going to pay them because they get massive worldwide publicity. It would be a super Formula E, if you like. You can make cars be like an F1 car and the only thing you would miss would be the noise and I do not believe that people could not come up with something to make more or less the old F1 noise. They [Liberty] would need to have the balls to do it today. I think they will have to do it."

He did admit that whether or not Ferrari would be interested in such a change is doubtful. The team’s chairman, Sergio Marchionne, has already expressed displeasure at the proposed changes for 2021 and in December last year made it clear they could leave the sport, warning that anyone who believed they were bluffing was “playing with fire".

“F1 is Ferrari and Ferrari is F1," said Ecclestone. “I would hate to see F1 without Ferrari." However, he added that some race promoters would join a rebel series with Ferrari “immediately" should they leave, and warned that Marchionne was not making empty threats. “Sergio does not do things unless he is serious," Ecclestone said. “I don’t think he is the sort of guy who doesn’t do what he says he’s going to do." The Guardian

Mercedes engine chief Andy Cowell confirmed that Mercedes have made considerable changes to their new power unit, designated M09 EQ Power+, developed to meet substantial changes in the Sporting Regulations for the 2018 season.

The team said on the occasion of the launch on Thursday: “The reduction in the number of power unit components that can be used per driver per season without incurring grid penalties meant that durability had to be extended to withstand the higher distances the hardware now has to run."

To which Cowell confirmed, “The amount of change on the power unit for this year is quite considerable and driven by a number of requirements."

“The biggest challenge we’ve got is lifting our durability limit with the challenge of racing just three engines per driver per championship and two ERS systems. That’s a 40 percent increase in the distance that the hardware needs to do for this year compared with last year."

“We focussed on trying to increase the life of the hardware without losing performance." In addition to the changes coming from the new Sporting Regulations, the team of Mercedes-AMG High Performance Powertrains sought to improve the power unit in other areas as well."

The shape of the new power unit has also been altered to enable more efficient packaging of the related components and in turn will enable the teams – Mercedes, Williams and Force India – to extract more performance from their respective chassis.

Cowell explained, “We also wanted to change the packaging of the power unit for the benefit of overall car performance. We’ve been working very closely with our colleagues in Brackley, trying to understand the best overall integration in the chassis, the transmission and the aerodynamic surfaces."

“We’ve also been working on combustion efficiency and hardware friction reduction in partnership with Petronas," he added.

Helmut Marko says there will need to be a summer deadline for Aston Martin Red Bull Racing to decide whether or not they will make the switch to Honda power, and they will be looking at how the Japanese engine supplier adapt to life at sister squad Red Bull Toro Rosso Honda.

“So far we’re positively surprised by Honda, also in terms of their dedication and enthusiasm," Dr. Helmt Marko told German publication Auto Motor und Sport. “I think they have learned from the mistakes that certainly happened.

“So far, according to the test stands, the engine is reliable. I think it will be possible for the engine to catch up to Renault level by mid season.

“The regulations have changed so that you have to announce what engine you want to compete with the following year by the summer. We will analyse thoroughly and then make a decision."

Carlos Sainz Jr. insists he is completely focused on his racing commitments with the Renault Sport Formula One Team despite the possibility Aston Martin Red Bull Racing could recall him in the future.

The Spaniard switched to Renault from Scuderia Toro Rosso ahead of the 2017 United States Grand Prix and remains with the Enstone-based outfit through 2018, although he is only on loan to them at this time.

“In this situation, my head is always on the present," Sainz is quoted of saying by f1i.com. “My future at the moment is the least of my concerns.

“I know if I have a good year, a lot of opportunities will come, so it is better to focus on the present than ahead. So I will focus on my best for Renault because this is what they deserve.

“It is impossible to know what the future will bring and what will happen at the first race, having not tried the new car, so it is all about focusing on the present." Paul Hensby/The Checkered Flag