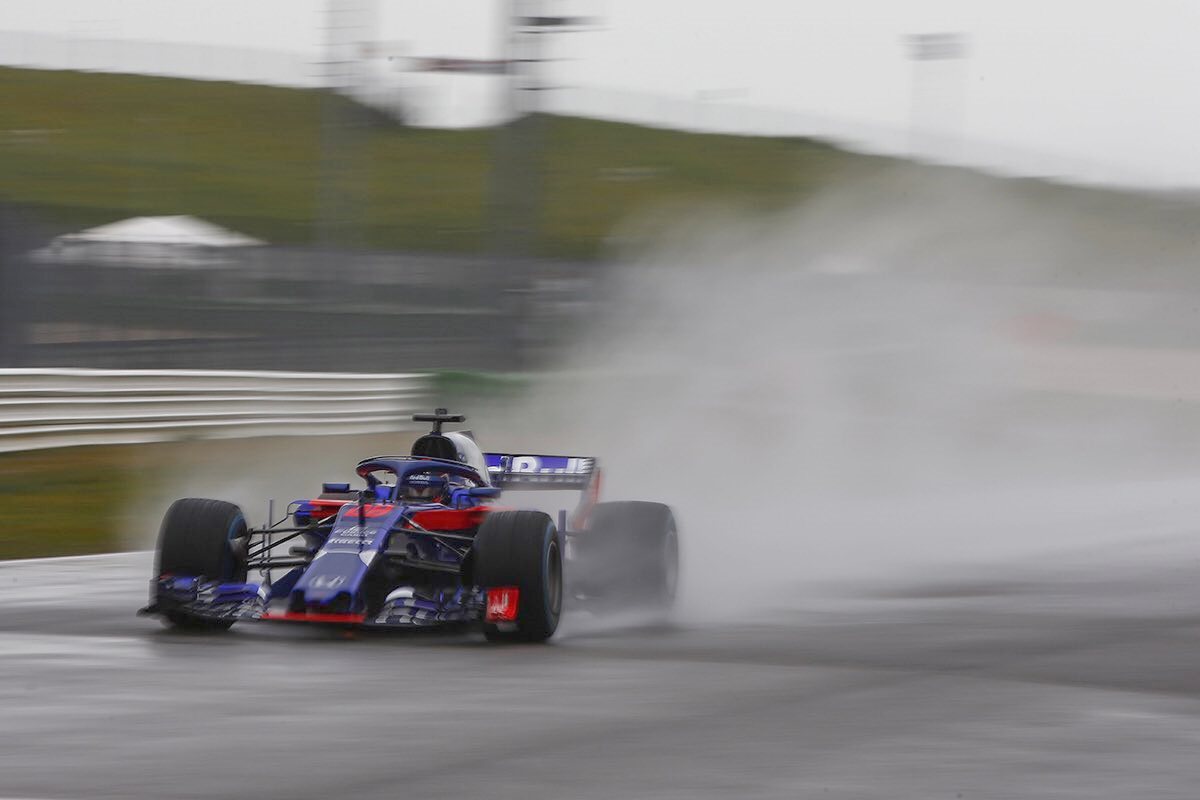 Although the 2018 Toro Rosso STR13, was set to be revealed to the public next Monday on the first morning of pre-season testing, Toro Rosso has revealed the first image of the Honda-powered car when it made its track debut at a very wet Misano circuit in the hands of Brendon Hartley.

After images of the car were leaked online, Toro Rosso shared the first official photo of the new single-seater powered by the Honda RA618H engine on Twitter on Wednesday.

The STR13 was fitted with a rather unique Halo Device that included a small slotted gap trim similar to that seen on the new Sauber.