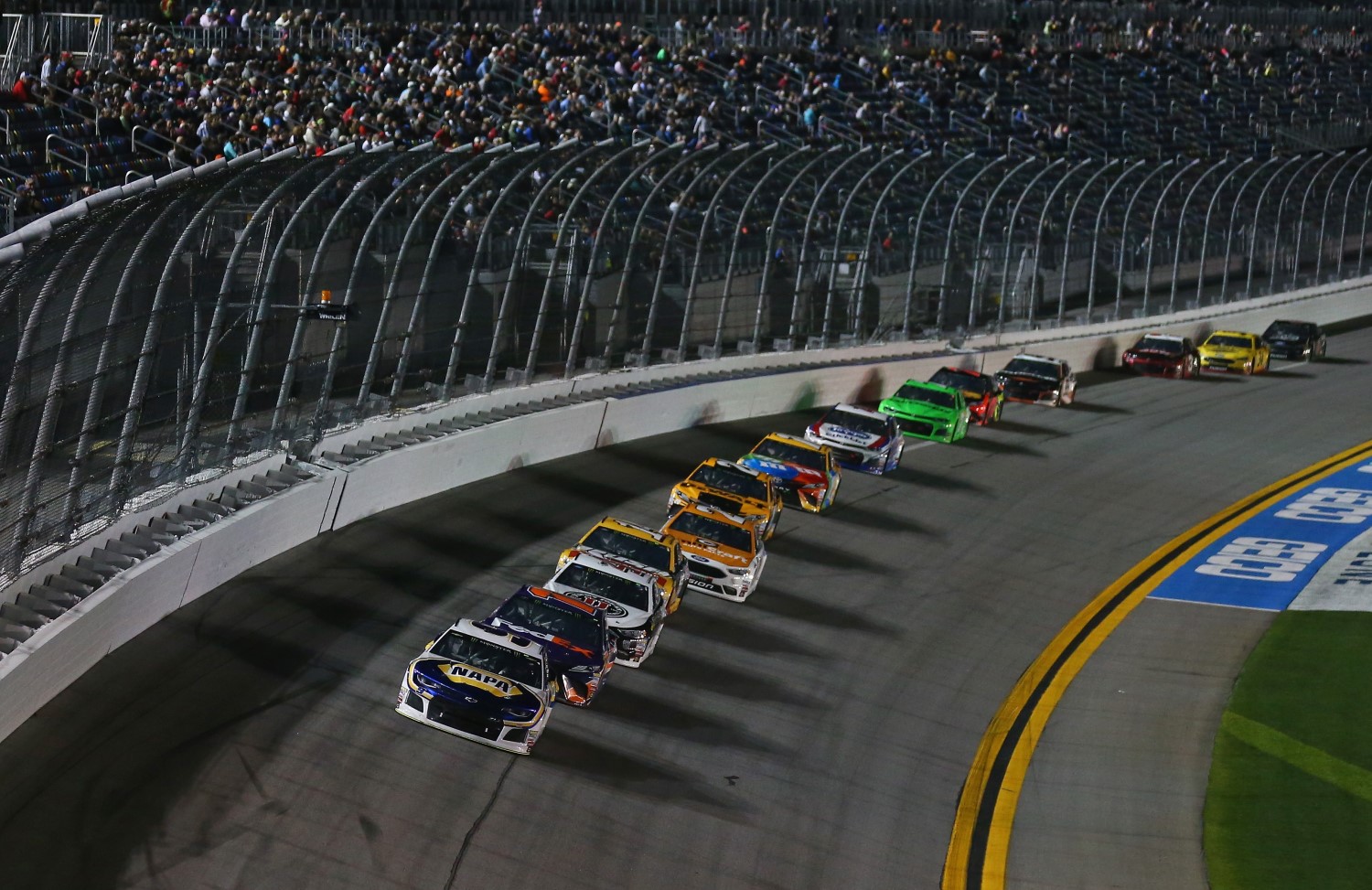 AR1.com predicted that the loss of Dale Earnhardt Jr. would result in a significant drop in attendance for the NASCAR races this year. The majority of NASCAR's Earnhardt's fans give a dam about the new replacements.

Compared to the final 50 laps of Sunday's Advanced Auto Parts Clash, last night's racing (particularly the second qualifier) was entertaining but not many people were there to see it.