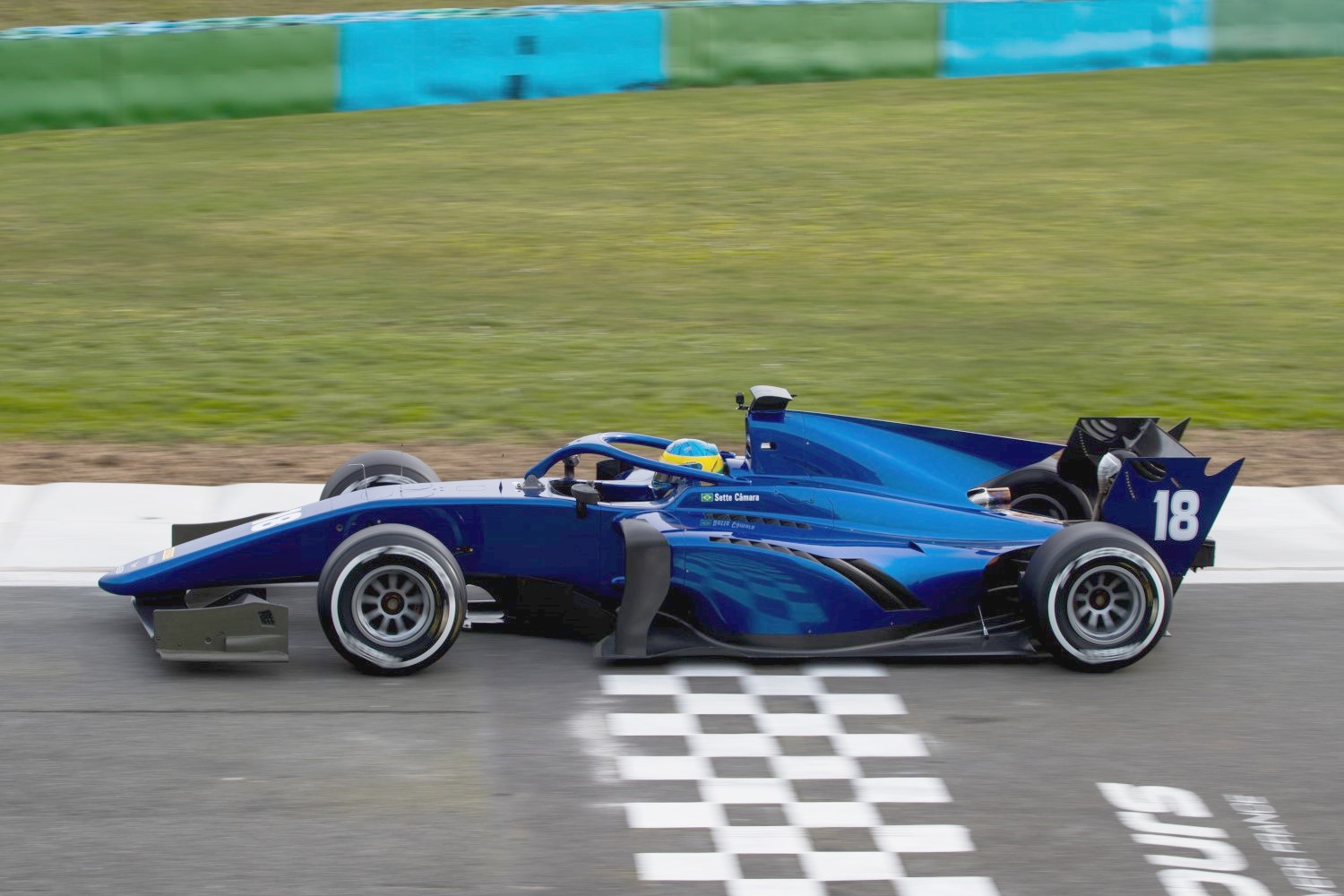 The F2 teams got their first taste of the brand new F2 2018 car today at a shakedown on the Magny-Cours circuit in France. Only one car per team was used, with the main focuses on reliability and on the teams learning how to operate their new machines. Newcomers Carlin and Charouz Racing System also made their first appearance in the Championship at the shakedown.

The conditions were quite tricky, with cold temperatures and snow coating the limits of the circuit, but DAMS were quick to hit the track soon after the pitlane opened at 9am local time – with Nicholas Latifi behind the wheel. Carlin’s Lando Norris was next to take his car out for an installation lap, while ART Grand Prix and Jack Aitken were third out on track ahead of Campos Racing’s Luca Ghiotto. Fifth to take to the track were Trident with Santino Ferrucci behind the wheel. Louis Deletraz was next on the circuit for Charouz, shortly followed by MP Motorsport and Daniel De Jong who completed their installation lap before PREMA Racing’s Nyck De Vries and RUSSIAN TIME with Artem Markelov. Finally, Nirei Fukuzumi and Arden Motorsport were the last ones to get their first feel of the car.

In the morning session all of the teams – bar PREMA and Charouz – set at least one representative laptime. Carlin ended the morning at the top of the timing sheet, and Norris completed a run of 10 laps while Fukuzumi completed one of 9 laps. Ferrucci completed a run of 8 laps, while Ghiotto’s longest run was 7 laps long. By the end of the morning, a total of 85 laps had been covered – all on wet weather Pirelli tires.

After a two hour break, Arjun Maini (Trident) and Deletraz dived onto a drying circuit quickly followed by Sergio Sette Camara (Carlin). As soon as the track conditions allowed it, Maini and Maximilian Gunther (Arden) switched to slicks. The rest of the field opted for slicks as well, with the laptimes improving significantly. Antonio Fuoco replaced Deletraz in the Charouz car with Norris and Ferrucci also returning behind the wheel with their respective teams to get some dry running under their belts.

The rest of the session was notably busy as the clock began to tick down. When the flag dropped, Ghiotto headed the timings, the Italian also completing the most laps (29) – one more than Maini and two more than George Russell (ART). The teams completed 240 laps in the afternoon, resulting in 325 laps overall and totaling 1434km of running throughout the day.

Luca Ghiotto (Campos Racing): “The conditions were not ideal when we started today; it snowed yesterday, and this morning the track was slippery and the temperatures were cold. But very quickly, it turned around. This car is a clear step from the previous one; the grip is amazing! Generally, it’s an improvement on all areas. In a cold day like today, it performed really well. I couldn’t be happier with how things went for me.

“I was very surprised with the reliability. I saw all the other cars running all day long. The teams, Dallara, Mecachrome and everyone should be happy with what has been achieved today – and it’s only day one!

“The turbo engine is getting us a step closer to F1. I drove the Williams F1 car last year and I can already say that the F2 2018 car is much closer to an F1 car than last year’s machine. If any of us had a chance to drive in F1, we would be able to adapt even faster.

“Now I’m fully focused on Paul Ricard and hopefully the start of the season will come quickly because I am so bored! I feel like it’s going to be a great season with great battles again."