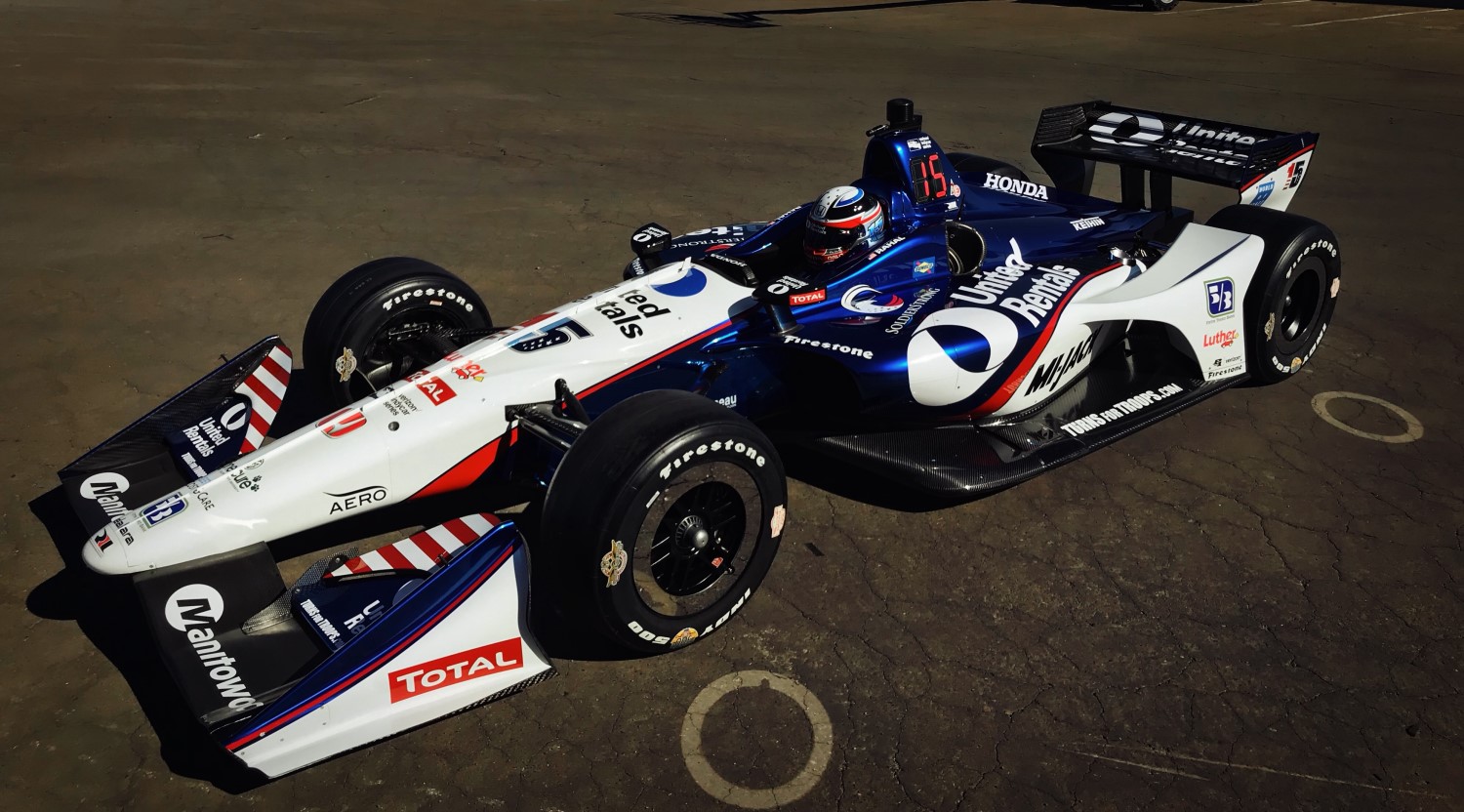 Rahal Letterman Lanigan Racing (RLL) announced today that United Rentals Inc., the largest equipment rental company in the world, has extended their existing agreement with the team as well as expanded it in a new multi-year agreement.

The partnership between RLL and United Rentals began in 2016 as a full season associate sponsorship with primary sponsorship of the Detroit doubleheaders.

In 2017, the program expanded to also include primary sponsorship of the Phoenix race. For 2018, a new multi-year program will include associate sponsorship for the season as well as primary sponsorship at the IndyCar Series season-opening race in St. Petersburg, both races at Indianapolis Motor Speedway – the Grand Prix of Indianapolis and the 102nd Running of the Indianapolis 500 — and a return to the Detroit doubleheader as the defending champion of both races. United Rentals also continues as the Official Equipment Partner of the Verizon IndyCar Series.

“We have enjoyed a tremendously successful partnership together and take pride in the small part we play in their philanthropic program in support of SoldierStrong. The month of May is a special time for us every year with the world’s most famous race – the Indianapolis 500 – and we look forward to working with them to maximize their return on investment during May as well as the entire season."

"Our partnership with RLL and IndyCar has been a terrific program for United Rentals to highlight our commitment to performance, innovation and safety," said Chris Hummel, chief marketing officer at United Rentals. “More importantly, we’ve all worked together through Turns for Troops to give back in a meaningful way to those who have served and sacrificed."

United Rentals will continue their popular Turns for Troops program in 2018. Since 2016, the team has partnered with United Rentals on the program that generates a $50 donation from United Rentals to SoldierStrong for each racing lap Rahal completes. Over $100k was donated through the program in 2016 and over $150k in 2017. While flying the United Rentals and SoldierStrong colors in the 2017 doubleheader weekend in Detroit, Rahal dominated by winning both races, one of the two poles and led the most laps to win by a comfortable margin in each race. His domination also benefited veterans through the Turns for Troops program.

The 2018 Verizon IndyCar Series season begins March 9-11 with the Firestone Grand Prix of St. Petersburg. Graham Rahal won the event in 2008 and won pole in 2009 – both feats earned him the distinction of being the youngest in series history to do so. Reigning Indianapolis 500 champion Takuma Sato returned to the team as Rahal’s teammate. For more details about the Series, please visit www.indycar.com .