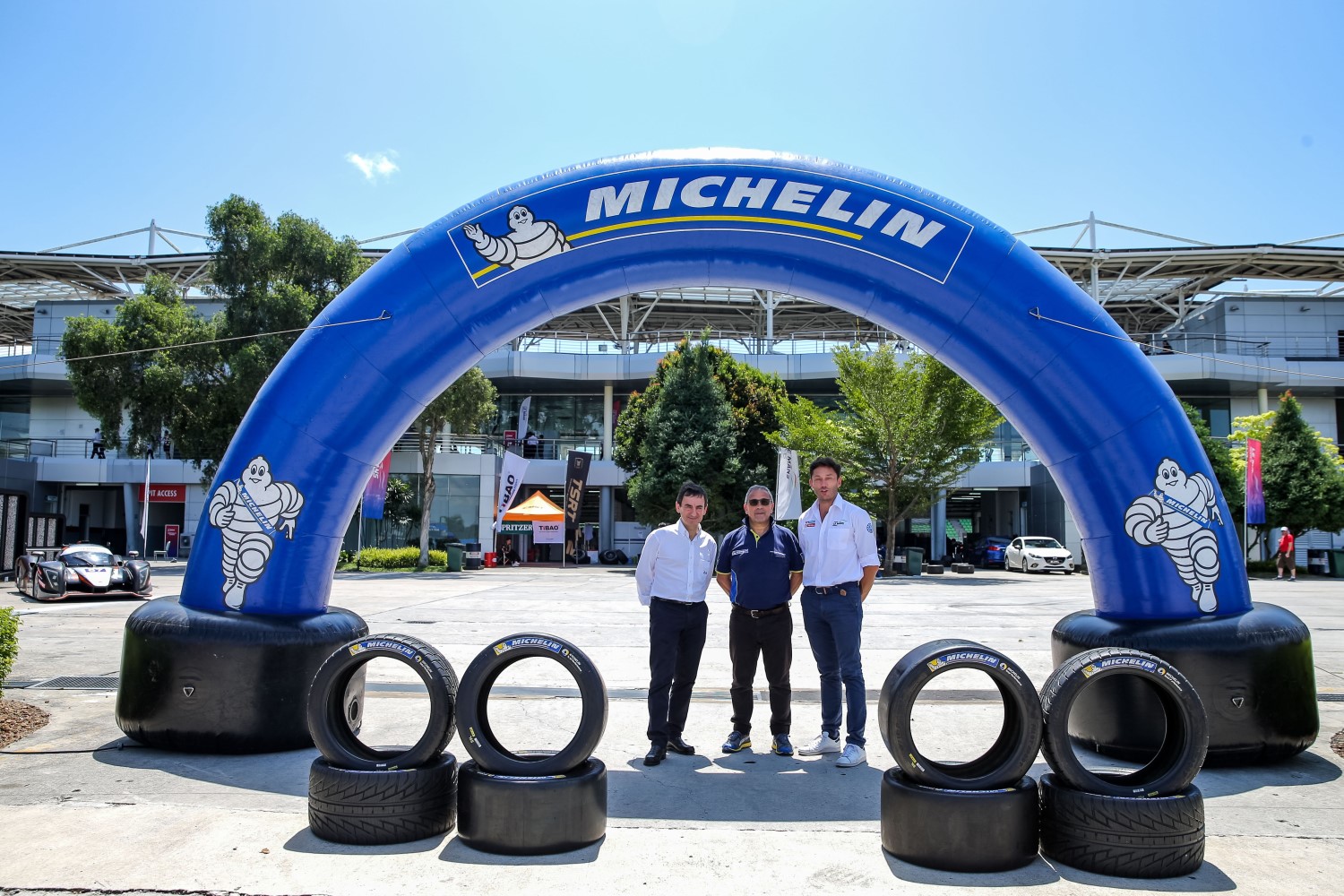 The Automobile Club de l’Ouest (ACO) announced today that it will continue to place its trust in Michelin, to be the official tyre supplier and technical partner to the Asian Le Mans Series for three more seasons.

Michelin has a long and successful history of racing with the ACO dating back almost 100 years. After winning the inaugural race in 1923, Michelin claimed its 26th victory and 20th consecutive victory in the famed 24 Hours of Le Mans last year. It has also been the official tyre partner in the Asian Le Mans Series since it was first established in 2013.

One of the world’s leading tyre manufactures on and off the track, Michelin offers the Asian Le Mans Series teams and drivers tires that are able to deliver fast, reliable and safe performance. They must withstand the toughest of conditions placed on them during endurance races. They must perform in the extremes of temperatures as well, from the blistering heat of Sepang, to the very low track temperatures in Japan. For Michelin, the longevity of the tires is the key to success with consistency of lap times and long-lasting performance the priorities.

Pierre Fillon, President of the Automobile Club de l’Ouest:
“The Automobile Club de l’Ouest is delighted that the partnership between Michelin and the Asian Le Mans Series is being extended for a further three seasons, as it’s proof of the trust that unites us. Michelin has been a partner in endurance and the Le Mans 24 Hours for many years. We’re very happy that the French manufacturer has followed us since the start of our Asian adventure by supplying the whole field on an exclusive basis. The continental series of Le Mans-type races form the base of the endurance pyramid, which is very important to us. We share many common values with Michelin, and with them at our side our ambition is to continue promoting endurance on the Asian continent."

Cyrille Taesch Wahlen, Asian Le Mans Series Managing Director:
“I am very happy with the renewal of our partnership with Michelin. Their tires meet the high standards we expect of our partners both on and off the track. For us, this is a true global partnership combining performance, technology and promotion. The Asian Le Mans Series can rely on the experience and many successes of Michelin in endurance racing, including their success in the 24 Hours of Le Mans."

Pascal Couasnon, Michelin Motorsport Director:
“Michelin is pleased to extend its partnership with the ACO in Asia, a region which is increasingly present in the world of Motorsport. After the extension of the partnership with the World Endurance Championship (FIA WEC) and the 24 Hours of Le Mans, the upcoming arrival of Michelin as the main partner of the IMSA WeatherTech SportsCar Championship, the Group reinforces its role as a leading manufacturer of Endurance racing throughout the world."

Patrick Dias, Michelin Asia-Pacific Motorsport Director:
“We are united in our shared values around motorsport – both viewing motorsport, specifically endurance racing, as a tool to promote innovation, safety, and the transfer of technology between our sport and the road. We are also both focused on growing motorsport in the Asian region and ensuring the standard of endurance racing in this region remains high."