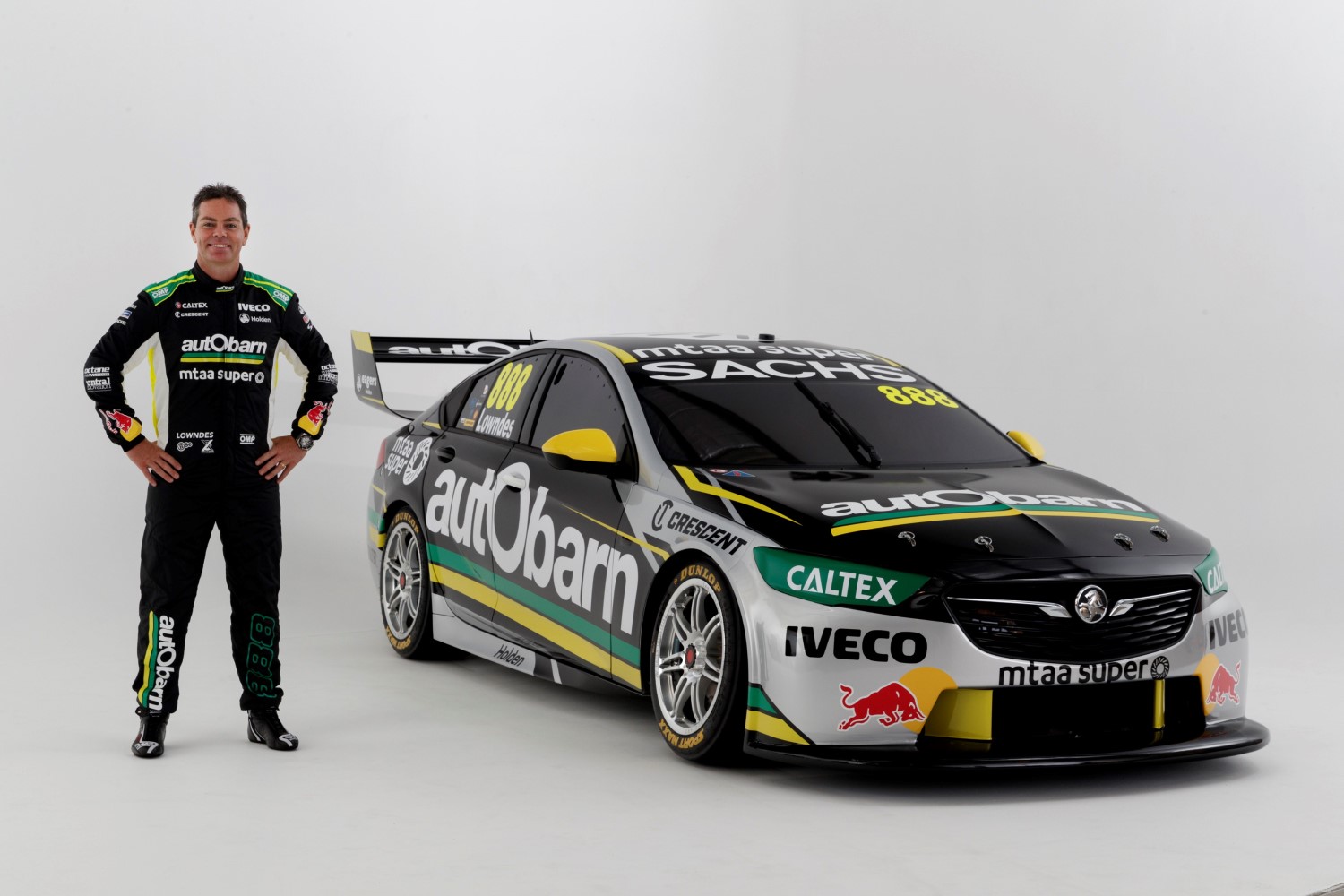 The highly-anticipated Autobarn Lowndes Racing team has pulled the covers off the 2018 #888 next-generation Holden Commodore supercar.

The six-time Bathurst 1000 winner says he’s thrilled to see the brand new look come to fruition in line with the introduction of the next-generation Commodore and share that with the supporters, both new and old.

“Tonight is the perfect opportunity to not only reveal our new livery and car, but also to launch our exciting new team in Autobarn Lowndes Racing," Lowndes said.

“The team have worked hard over the off-season to get the new car ready and the fresh look of the livery on the new body shape is something to be excited about ahead of the season."

Despite clocking up 634 career starts, Lowndes is keen to get behind the wheel of the latest race car to carry the iconic Commodore nameplate, a car that was designed and built in-house by Triple Eight in conjunction with GM Holden.

“The first race event in Adelaide couldn’t come quick enough for me and the team. I can’t wait to get out there and see what we can do in the car," he said.

“Everyone back at the workshop has been working around the clock to get the car on the track and we couldn’t be happier with what they’ve done."

Lowndes’ long-time co-pilot, Steve Richards, has again signed on as car #888’s co-driver in the PIRTEK Enduro Cup, for the fifth year in a row. The duo won the Bathurst 1000 together in 2015 and look forward to a strong year ahead of them.

“I had no doubts to sign with the team again, I enjoy the endurance season and this gives Craig and me another chance to win another Bathurst 1000 together," he said.

This year marks the first of a two-year naming-rights deal with Autobarn and is the new chapter in Autobarn’s 15 year involvement with Craig Lowndes.

“Autobarn and Triple Eight have enjoyed an excellent relationship since its inception almost five years ago and we’re extremely proud to see it go from strength to strength," Tilley said.

“Craig is a fantastic ambassador of both the sport and Autobarn, so for us this is a natural progression of an already highly successful combination."

Triple Eight Race Engineering Managing Director Roland Dane said the partnership with Autobarn has come off the back of a strong relationship over the years.

“We are thrilled to have Autobarn on board as they are a natural fit for the team and have shown tremendous support of the team and Craig for several years now," Dane said.

“Their support allows us to continue strongly and focus on being a professional and successful racing team.

“We’re looking forward to showcasing the all-new race car and proud to have the support of our excellent team partners with us for the ride ahead."

The Autobarn Lowndes Racing next-gen supercar will make its competitive debut when the 2018 Virgin Australia Supercars Championship kicks off with the Adelaide 500, 1-4 March.