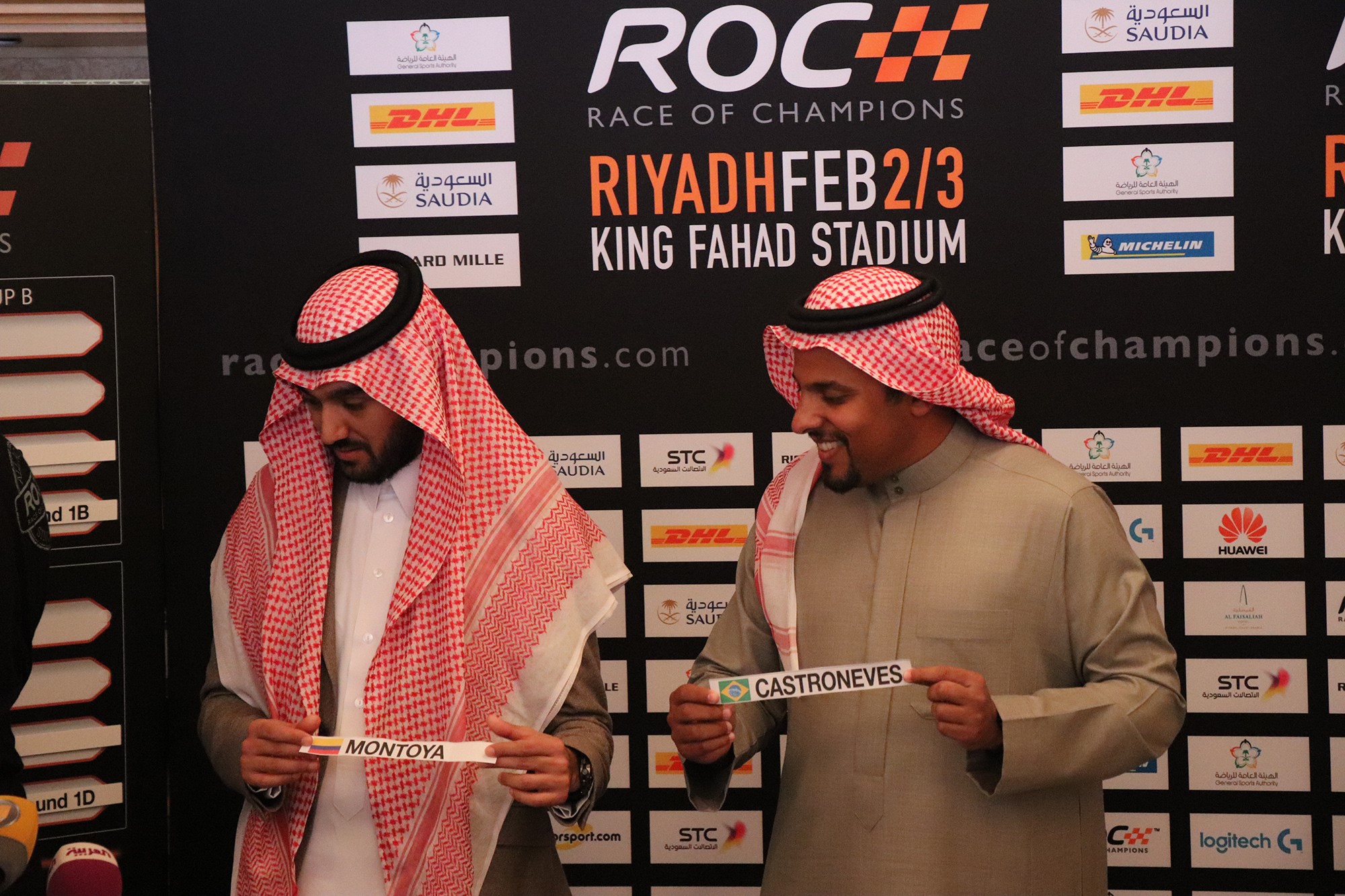 The draw for this weekend’s Race Of Champions (Friday February 2 and Saturday February 3) has thrown up some mouth-watering match-ups as some of the world’s greatest drivers bid for the title of ‘Champion of Champions’.

Riyadh’s King Fahad International Stadium played host to the draw – with Prince Abdulaziz Al Faisal, Vice Chairman of the General Sports Authority of Saudi Arabia and Prince Khaled Al Faisal, President of the Motor Federation Of Saudi Arabia picking the group line-ups. And there are already a number of ties guaranteed to quicken the pulse of any race fan – featuring some of the world’s best drivers from series including Formula 1, IndyCar, Le Mans, Rallycross and Touring Cars.

Endurance racing fans have a treat in store too as ‘Mr Le Mans’ Tom Kristensen will have to race this year’s Le Mans 24 Hours winner Timo Bernhard plus Formula 1 great David Coulthard.

Saudi Arabian hopeful Yazeed Al-Rajhi will bid to give the home crowd something to cheer as he takes on FIA World Rallycross Champion Petter Solberg and reigning IndyCar champion Josef Newgarden.

Each group will also include the winner of a series of Round 1 heats featuring some of the other racers gathering in Riyadh. That includes the local hopefuls who prevail in the ROC Factor Middle East and ROC Factor Saudi Arabia competitions, plus many of the world’s best gamers who are taking part in the inaugural eROC.

The top two drivers in each group progress to the quarter-finals. Then it’s a knockout tournament all the way to the Grand Final, when this year’s Champion of Champions will be crowned.

Ahead of Saturday’s individual Race Of Champions, the weekend’s action will begin with Friday’s ROC Nations Cup where national pride is at stake, with 11 teams split over three groups.

There are three Middle East teams in action, all in the same Group C: Saudi Arabia, Lebanon and UAE. That means there is guaranteed to be a team from the region in the semi-finals, where they will play the winner of Group A (Germany, Latin America, Mexico and USA). Group B features Nordic, Great Britain, Sweden and Sim Racing All Stars, made up of competitors from the inaugural eROC competition.

The winners of each group will progress to the semi-finals, along with the leading runner-up from Groups A and B. The knockout rounds are best-of-three: if scores are tied at 1-1 after the first two heats, the third decisive heat is always contested by the two winning drivers.

The top two from each group will progress to the quarter-finals. Then it’s a straight knockout tournament all the way to the best-of-three Grand Final, in which the ROC Champion of Champions will be crowned.