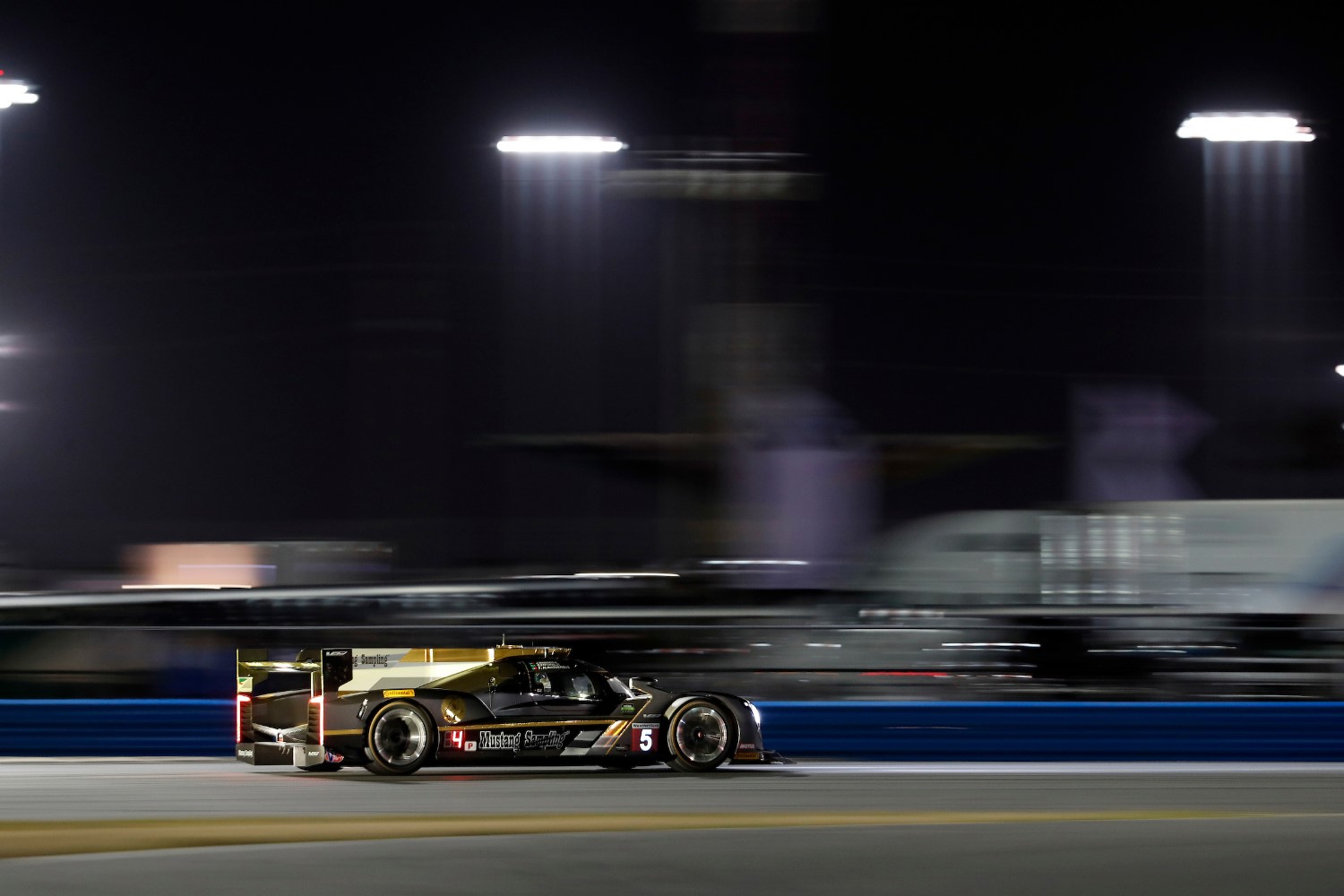 The No. 7 Acura ARX-05 with Helio Castroneves at the wheel has gone behind the wall to repair damage from contact with the No. 31 Action Express Racing Cadillac DPi-V.R with eight hours of the Rolex 24 at Daytona left to run.

Helio Castroneves was driving the No. 7 Acura at the time of the incident, battling with Felipe Nasr for second place and the car has left-side tub, bodywork and radiator damage.

Joao Barbosa is leading the way in the other Action Express car (#5) while the No. 32 United Autosports Ligier JS P217 Gibson is now third 4 laps behind.

Ford Chip Ganassi Racing continues to run 1-2 in GT Le Mans with the #66 of Sebastien Bourdais re-passing the #67 team car of Richard Westbrook, the two sandbagging cars running just 1/2-sec apart for many hours and a full lap up on the #3 Corvette in third.

The #48 Lamborghini of Andrea Caldarelli leads GT Daytona for Paul Miller Racing, while Alvaro Parente is second for Michael Shank Racing 7.3 seconds behind.