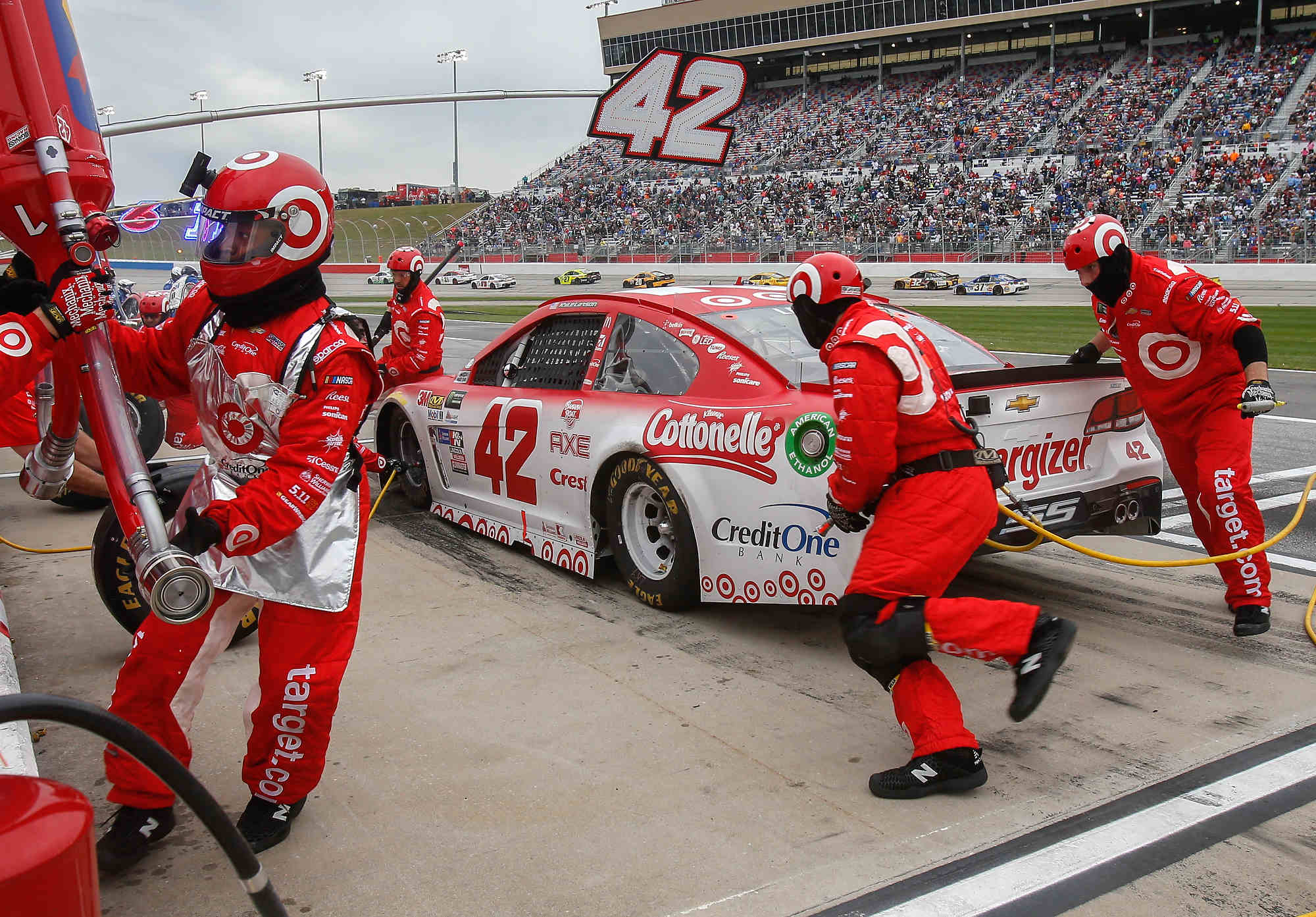 The youth movement in NASCAR is in full swing, and Kyle Larson believes fans are in for quite a treat over the next few years … or decades.

“There’s a lot of good drivers, a lot of young drivers," Larson told NASCAR.com after announcing an expanded partnership with DC Solar. “It’s been really, really cool to see opportunities open up for a lot of young people. You know, I’m 25 and I’m kind of like the middle-age group. This is my fifth year in Cup which is crazy to think. It’s awesome to see."

Among the up-and-comers is 2017 NASCAR Camping World Truck Series champion Christopher Bell, a driver Larson knows very well thanks to their shared passion for dirt racing.

Larson and the 23-year-old Bell are considered two of the best dirt drivers in NASCAR. Bell most recently bested Larson for his second consecutive Chili Bowl championship, but had help from an unfortunate blown engine from the California native’s car with less than 15 laps to go.

“We both have a lot of respect for each other" Larson said. “We race hard against each other. But we realize, I think, I’m not bragging about myself, but how talented … equally talented we both are as drivers. He definitely pushes me to be a better driver, and I think push him to do better."

Larson doesn’t see any reason why he won’t continue to duel with Bell as he rises up through the NASCAR circuits. The two will compete against each other in a handful of Xfinity races in the 2018 season, with Bell as a full-time driver for Joe Gibbs Racing.

But Larson believes he will be revving up his engine next to Bell on Sundays sooner rather than later.

“I don’t see why he wouldn’t at least make the (Championship 4) at Homestead for the next two years," Larson said. “And probably win a championship or two in those two years. Then he’ll be in the Cup at some point I’m sure in the near future. NASCAR fans are getting ready to be spoiled."

The 2018 season also will bring a fresh start for the No. 42 team, which had four wins last year but fell on bad luck at the end of the season and into the playoffs. Four consecutive DNFs (Kansas, Martinsville, Texas, Phoenix) took Larson out of championship contention.

However, he feels confident that the momentum they earned from multiple trips to Victory Lane is what will carry over as the team gears up for the Daytona 500 — not the miscues.

“Last year, I didn’t know we were going to be that good," he said. “Then we started off the year really good, and I was like ‘Wow we have a really good shot at a championship’ early on. We maintained that consistency and competitiveness. I hope that we can do that again.

“I feel like when you get close like we were last year, it pushes everybody to be as good or better than what we were. I expect that we will be contenders again." Allison Davidson/nascar.com