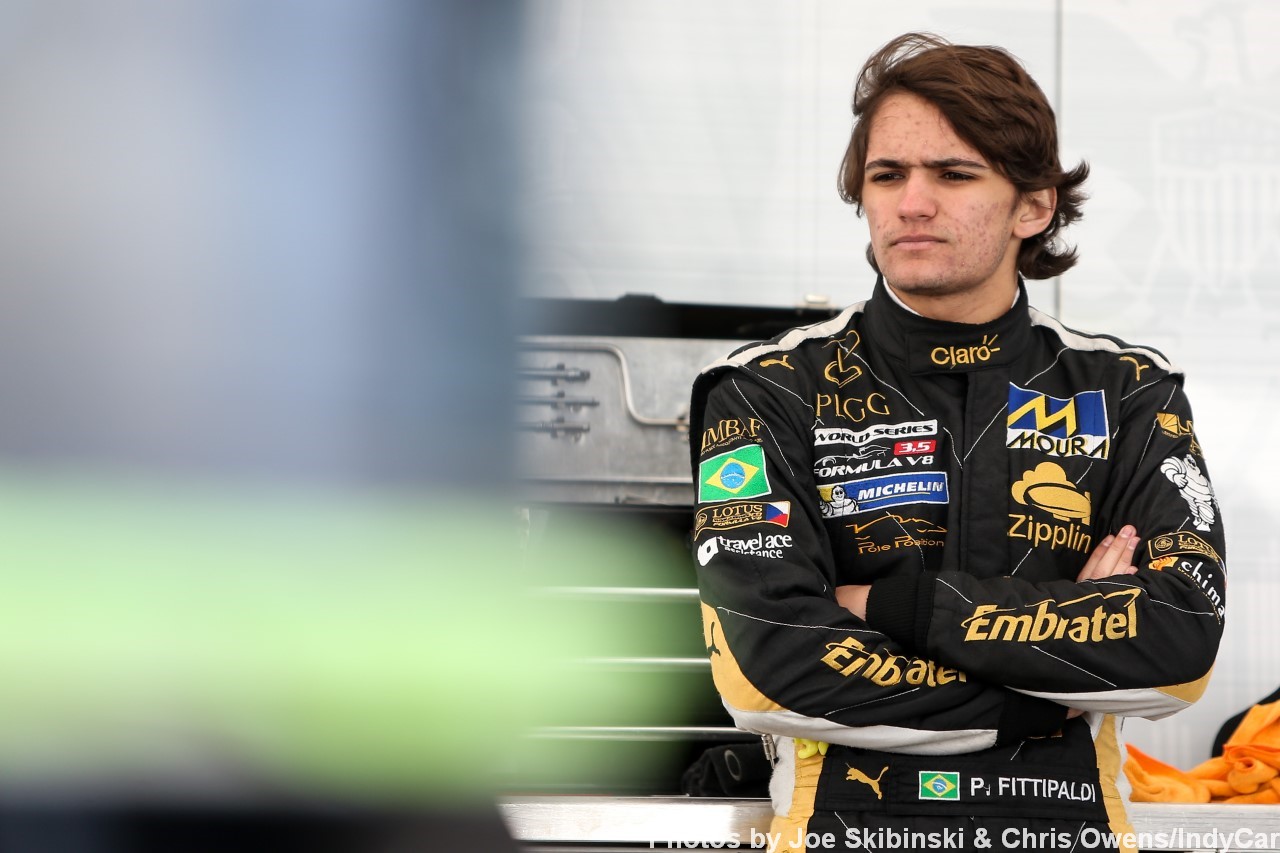 Pietro Fittipaldi says competing in IndyCar would be a “dream" after receiving his first test with Dale Coyne Racing at Sebring.

Coyne has been left without a second driver for 2018 after the unexpected departure of Ed Jones to Ganassi, and has run Zachary Claman DeMelo in its No. 19 car at this week’s test.

With Sebastien Bourdais competing at the Daytona 24 Hours, reigning Formula V8 3.5 champion Fittipaldi was drafted in to pilot Coyne’s No. 18 car, having run for Juncos in Indy Lights testing earlier in the week.

“It kind of came as a surprise, the opportunity," Fittipaldi explained to the official IndyCar website.

“I came just to watch the test and then we got the chance to drive the car. I was really happy.

“We went out in the morning and really loved the car. I mean, that has so much grip under braking with the carbon brakes.

“It’s kind of similar to the World Series car I was driving, but this of course has more power. It’s sort of weird, like it’s a World Series mixed with an F3 car because you can carry so much speed into the corners.

“I really enjoyed it. We’re testing the car, but of course my dream is to be in IndyCar, in Formula 1. That is my dream since I was little."

Coyne added that he wants his line-up determined prior to the February 5th test at Sonoma.