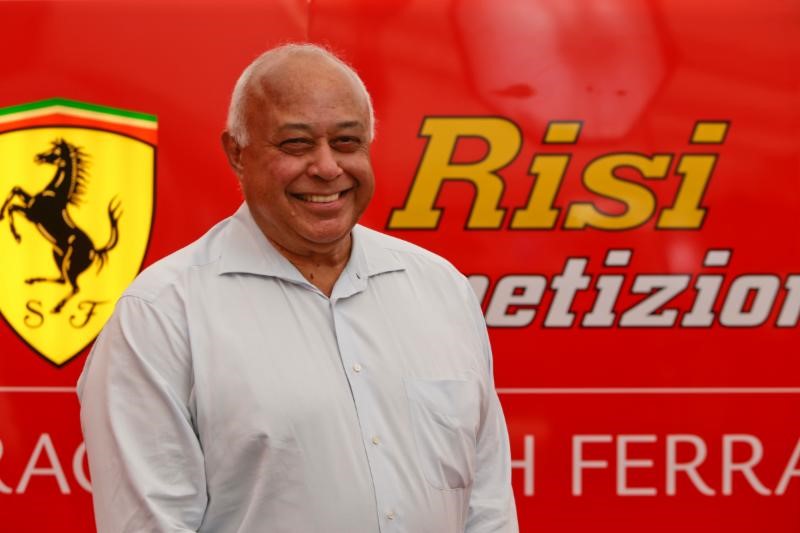 Risi Competizione and Keating Motorsports have announced a partnership for the 86th Annual 24 Hours of Le Mans race to be held June 16-17, 2018.

Giuseppe Risi and Ben Keating, both business owners and automotive dealers in the state of Texas with racing connections, have joined forces for this years' 24-hour race at the Circuit de la Sarthe in Le Mans, France. Risi is the Team Principal of Risi Competizione and owner of Ferrari of Houston and Ferrari of Woodlands. Keating is the owner of Viper Exchange and Keating Motorsports, along with many car dealerships in Texas as well.

Ben was the recipient of the Bob Akin Award, presented to the top Pro-Am driver in the GT Daytona Class in the IMSA WeatherTech SportsCar Championship. The Automobile Club de l'Ouest (ACO) confirmed that Keating Motorsports received the IMSA-nominated automatic invitation to the 2018 24 Hours of Le Mans last month. This is one of two IMSA "at-large" entries into the 2018 race. The other was awarded to JDC-Miller Motorsports after Mikhail Goikberg won the Jim Trueman Award for being the top Pro-Am driver in IMSA's Prototype class.

"It's a big honor to receive an invitation to Le Mans and I'm very proud of that," said Keating of Tomball, Texas. "There's nothing like racing at Le Mans and to partner with Giuseppe Risi and his Risi Competizione with all their history and success is an exciting combination. When we started thinking about how we wanted to go to Le Mans this year, the idea of combining with Risi came up and I thought it was a great match. We reached out and spoke to Giuseppe and his guys and they liked the idea as well so here we are."

"We have always gone to Le Mans with our own team and cars and have never really done an association like this with someone, but it just seemed like the right combination to enter Le Mans this way this year with Ben and Keating Motorsports with a Ferrari 488 in the GTE-Am class," said Risi of Houston, Texas.

Risi Competizione's successes at Le Mans includes three victories (1998, 2008, 2009) and six podiums with 13 entries over eight years between 1998 and last year. They have competed with the Ferrari 488 the past two years with a DNF due to an accident last year and second-place GTE-Pro class finish in 2016.

An owner of 17 car dealerships across Texas, Ben has 12 victories in IMSA's sports car racing series since his debut in 2011.

Ben will drive, along with Jeroen Bleekemolen, who has been announced as a co-driver for this year's entry. A third driver will be announced at a later date.