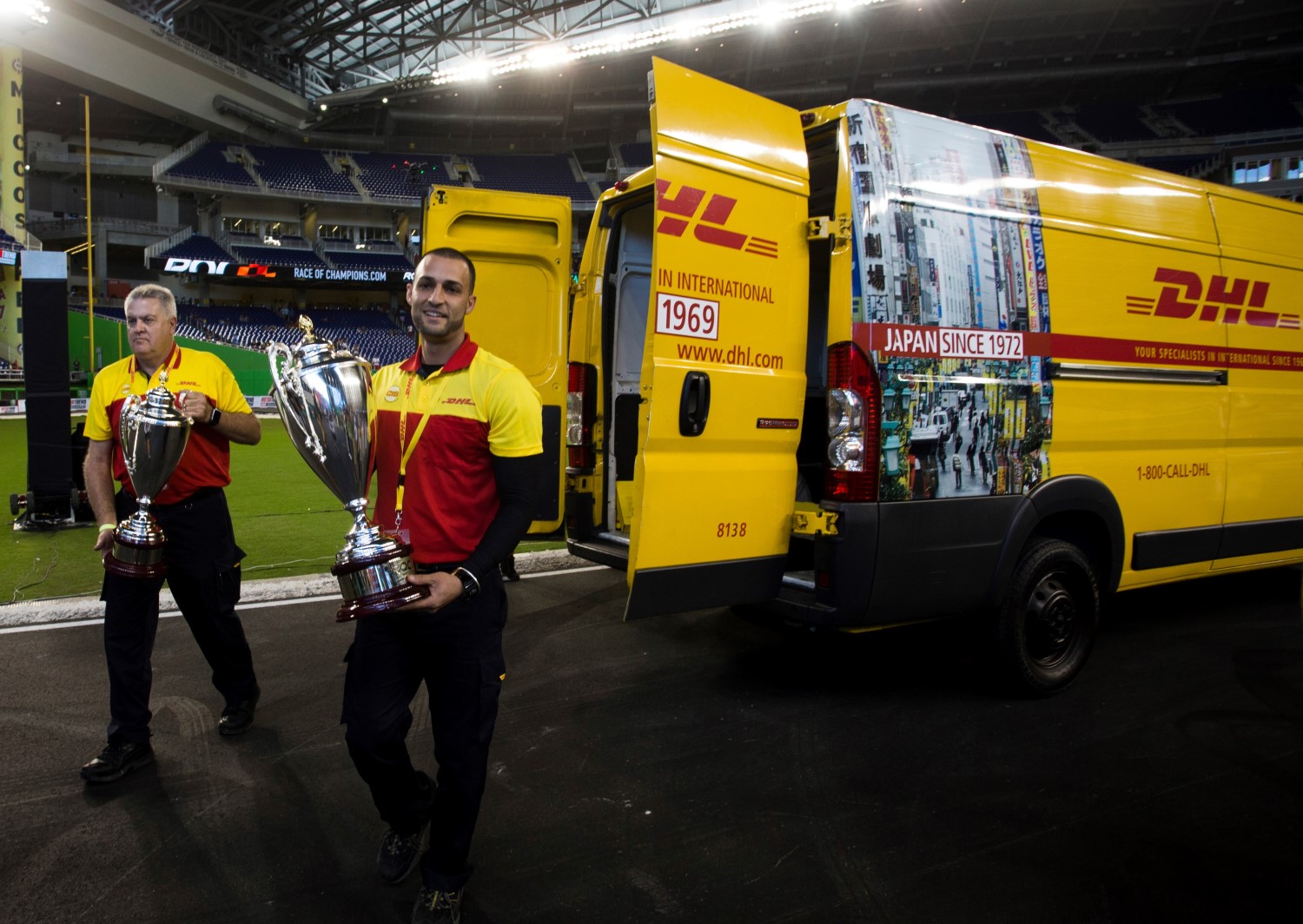 DHL Express will be the Official Logistics Provider at the first Race Of Champions in the Middle East – to be held on February 2-3, 2018 in the Kingdom of Saudi Arabia at Riyadh’s King Fahad International Stadium.

The international shipping and courier delivery company will support the logistical demands of putting together the world’s fastest stadium race, including shipping the event’s competition cars and the time keeping system. DHL Express will also use its fast international shipments to transport the famous ROC Winners Trophy, which will be awarded to the overall Champion of Champions.

That illustrious trophy will be battled over between a ROC Riyadh field that includes some of the greatest names in the history of motorsport – such as Formula 1 stars, Indianapolis 500 winners and Le Mans legends. All the racing takes place on ROC’s unique parallel track in a stunning range of superfast cars, a perfect blend of speed and precision already familiar to DHL Express.

ROC President Fredrik Johnsson said: “We are very happy to renew our partnership with DHL Express as our Official Logistics Provider for the Race Of Champions after our successful start last year in Miami. Now they will again provide logistics support for vital parts of the ROC Riyadh event – including the shipping of race cars, the time keeping system and of course our famous trophies. We are confident DHL will help us ensure that the first ever ROC in the Middle East will be a resounding success."

Faysal El Hajjami, Country Manager, DHL Saudi Arabia added: “It’s great to further continue the existing partnership we have with the Race Of Champions, especially with this being the first time it has taken place in the Kingdom of Saudi Arabia. The partnership further reinforces our core brand values of Speed and Team Work and it’s great to be a part of what I’m sure will be a fantastic and thrilling event for the Riyadh audience.

“DHL has an existing partnership with Ryan Hunter-Reay, who will be one of the key drivers in ROC Riyadh and we are all really excited to see him race for the first time in the Middle East."

Now the event is heading to the Middle East for the first time to soak up the heat of Riyadh. Saudi motorsport fans – including women for the first time at an international event – have a chance to watch the speediest action the city has ever seen as many of the world’s greatest drivers push to the absolute limit on a brand new parallel track winding its way around the confines of the King Fahad International Stadium.

The Race Of Champions is run over two days: first comes the ROC Nations Cup (on Friday February 2) when drivers pair up in teams based on nationality – including the hosts Saudi Arabia – to bid for the title of ‘World’s Fastest Nation’. Then on Saturday February 3 it’s time for the Race Of Champions itself, when teamwork goes out of the window and it’s a flat-out battle for individual glory.

The competitors will take to the track in a stunning range of supercars that have been specially prepared for the event to test them to the absolute limit. Vehicles in action include the Vuhl 05 ROC Edition, Ariel Atom Cup, Xtreme Pickup, Whelen NASCAR, KTM X-Bow Comp R and the ROC Car. To prevail, drivers will have to master this mix of machinery that will put all their hard-earned skills to the test, forcing them to adapt their driving style as they make regular switches between cars.

For access to rights-free high-resolution imagery and to keep up with all the latest news ahead of this year’s event please visit www.raceofchampions.com, Race Of Champions on Facebook plus @raceofchampions and #ROCRiyadh on Twitter.