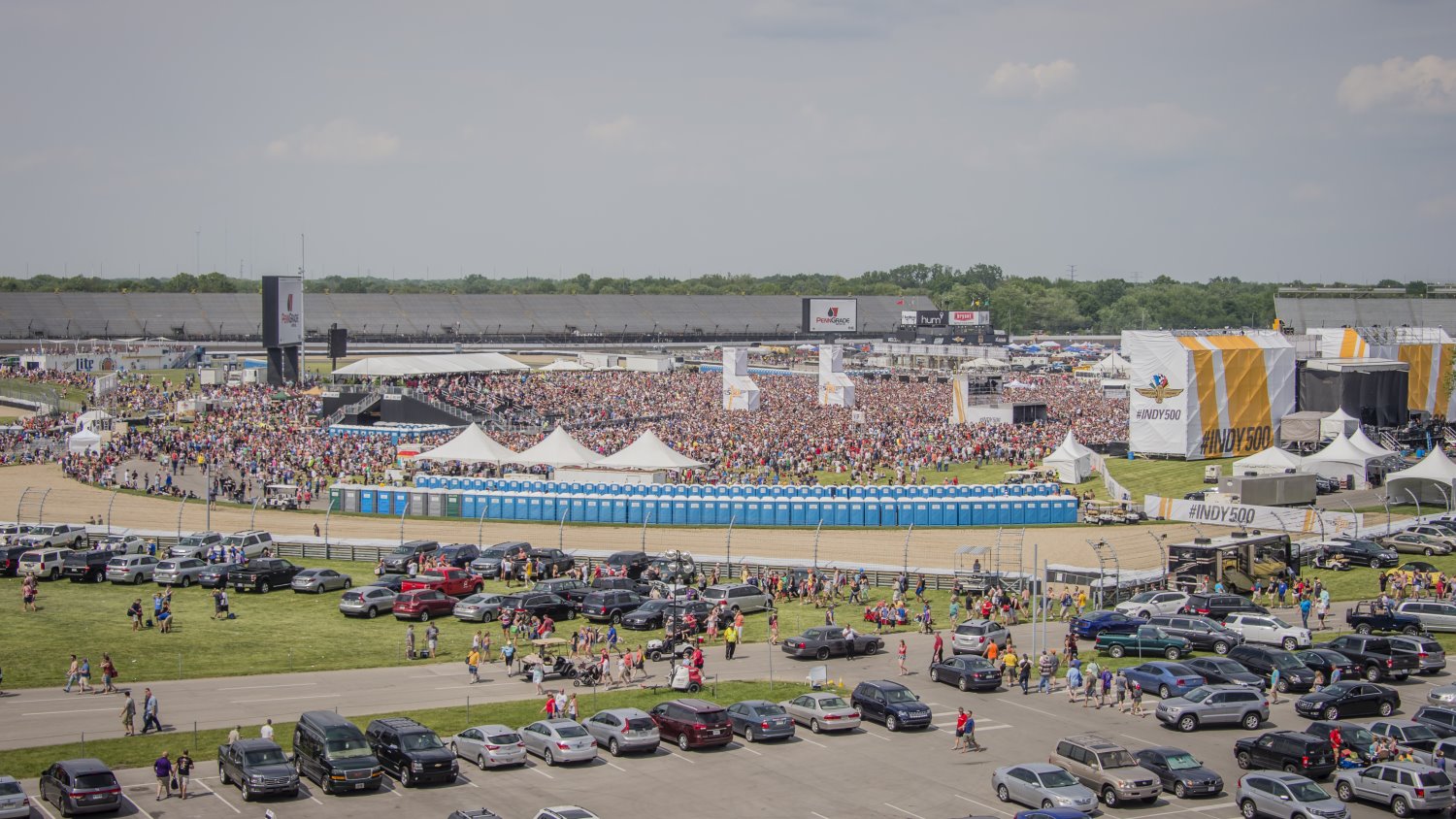 The star-studded lineup of global EDM heavyweights will perform in the infield adjacent to Turn 3 of the IMS oval during the 102nd Indianapolis 500 presented by PennGrade Motor Oil. Watch the official launch video below.

“The Indy 500 Snake Pit presented by Coors Light has become a phenomenon in both the music and sporting worlds, producing a sold-out event two years running," IMS President J. Douglas Boles said. “This year’s concert will feature another world-class lineup ready to party with more than 30,000 Turn 3 fans, showing once again that Race Weekend offers fun and unforgettable opportunities for everyone."

General admission and VIP tickets for the Snake Pit are on sale for $45 and $125 at ims.com and Indy500SnakePit.com. All Snake Pit ticketholders must be at least 18 years old and hold a valid Indy 500 general admission or reserved seat ticket. Packages that include Race Day general admission tickets are available. Ticket holders should be prepared to show proper identification to enter the concert.

“Watching the Indy 500 Snake Pit presented by Coors Light grow over the past few years has been amazing," IMS Senior Director of Music and Entertainment Kyle Krisiloff said. “The partnership with React Presents has proven to be a match made in heaven, producing an event that brings diehard fans from around the great state of Indiana out in waves. It is definitely one of the biggest daytime dance events in the United States, and we couldn’t be more proud of the lineup we have put together in 2018."

The iconic reign of Axwell and Sebastian Ingrosso took new heights in the form of Axwell Î› Ingrosso. Embraced by tastemakers, luxury brands and adoring fans across the continents, a culmination of Grammy nominations, DJ Mag Top 100 chart success and back-to-back Billboard and Beatport chart accession has seen the duo garner huge attention from across the globe. Debut single “Something New" began the project with a bang, while subsequent singles “On My Way," “Can’t Hold Us Down" and “Sun is Shining" put the Stockholm-based crusaders back on the radio airwaves while keeping their main stage activity in full flow. The Pusha T assisted “This Time" spelled an experimental twist with a charitable edge at the back end of 2015, leaving instrumental landmark “Dream Bigger" to start 2016 from the duo. 2017 brought even more success, with the release of the chart-topping EP “More Than You Know."

Joel Zimmerman doesn’t like being called a DJ. The dance music phenomenon from Toronto, better known as deadmau5 , rolls his eyes at the description, which he sees as a hopelessly outdated way of describing what he does. His sets are closer to live performances. He plays mostly his own material, assembling tracks on the fly, using cutting-edge computer technology, including software he’s helped write himself. “There are no CDs involved," he said. “It’s a technological orgy up there, and I try and keep it more my music than anyone else’s. If people come out to see deadmau5, I want them to hear deadmau5 music." It’s an approach that’s catapulted deadmau5 into dance music’s A-list, and his work has been nominated for six Grammy Awards. deadmau5 has recorded eight studio albums since his 2005 debut, “Get Scraped," with “W:/2016ALBUM" as his latest release on his Mau5trap label.

Thomas Wesley Pentz, better known as Diplo , is one of the most dynamic forces in music today. He is as much an international brand as he is a musician/DJ/producer. He's proven himself to be a ubiquitous cultural figure, consistently bridging high and low, mainstream and underground, with remarkable tact and reverence. In 2004, after throwing influential parties in South Philadelphia, Pentz cemented himself as a full-fledged artist through his debut album, “Florida" which received praise within the underground community. After multiple Grammy nominations, including Producer of the Year, and being crowned the No. 1 most-streamed artist on Soundcloud for 2013, Beyoncé’s “Run the World" sampled Major Lazer’s “Pon De Floor" and sold more than 1 million copies, cementing Diplo's place in the pop world. 2016 included three Grammy Nominations for Producer of the Year, Best Dance Recording and Best Dance/Electronic Album.

GRiZ (or Grant Kwiecinski, to his mom) is already being hailed as a visionary at age 27. Last spring, he released “Say It Loud" (via his All Good Records imprint), a follow-up to its more funk-step predecessors, “Rebel Era" and “Mad Liberation." With assists from rapper Talib Kweli, Afrobeat-group Antibalas, the L.A.’s Children’s Chorus, and others, his new full-length finds a golden mean between an abundance of brass instruments, liberal use of soulful vocals and shimmering, synth beats. The album also was influenced by James Brown’s funk-soul spirit, and its horns pay homage to one of GRiZ’s favorite albums, “Sketches of Spain" by Miles Davis.

Snake Pit Presented by Coors Light tickets are only available for purchase by Indianapolis 500 Race Day ticket holders age 18 and older. Ticket packages for both the Indianapolis 500 race and the Snake Pit can be purchased HERE.

General admission tickets to the Snake Pit are available beginning at $45, with VIP tickets starting at $125. VIP amenities will include access to a raised viewing platform located beside the stage, a private cash bar and private air-conditioned restrooms. Snake Pit tickets do not include Indianapolis 500 gate admission, which also must be purchased.

The 102nd Indianapolis 500 presented by PennGrade Motor Oil is scheduled for noon (ET) Sunday, May 27, 2018. Snake Pit acts will start performing at 7 a.m., continuing through the race.