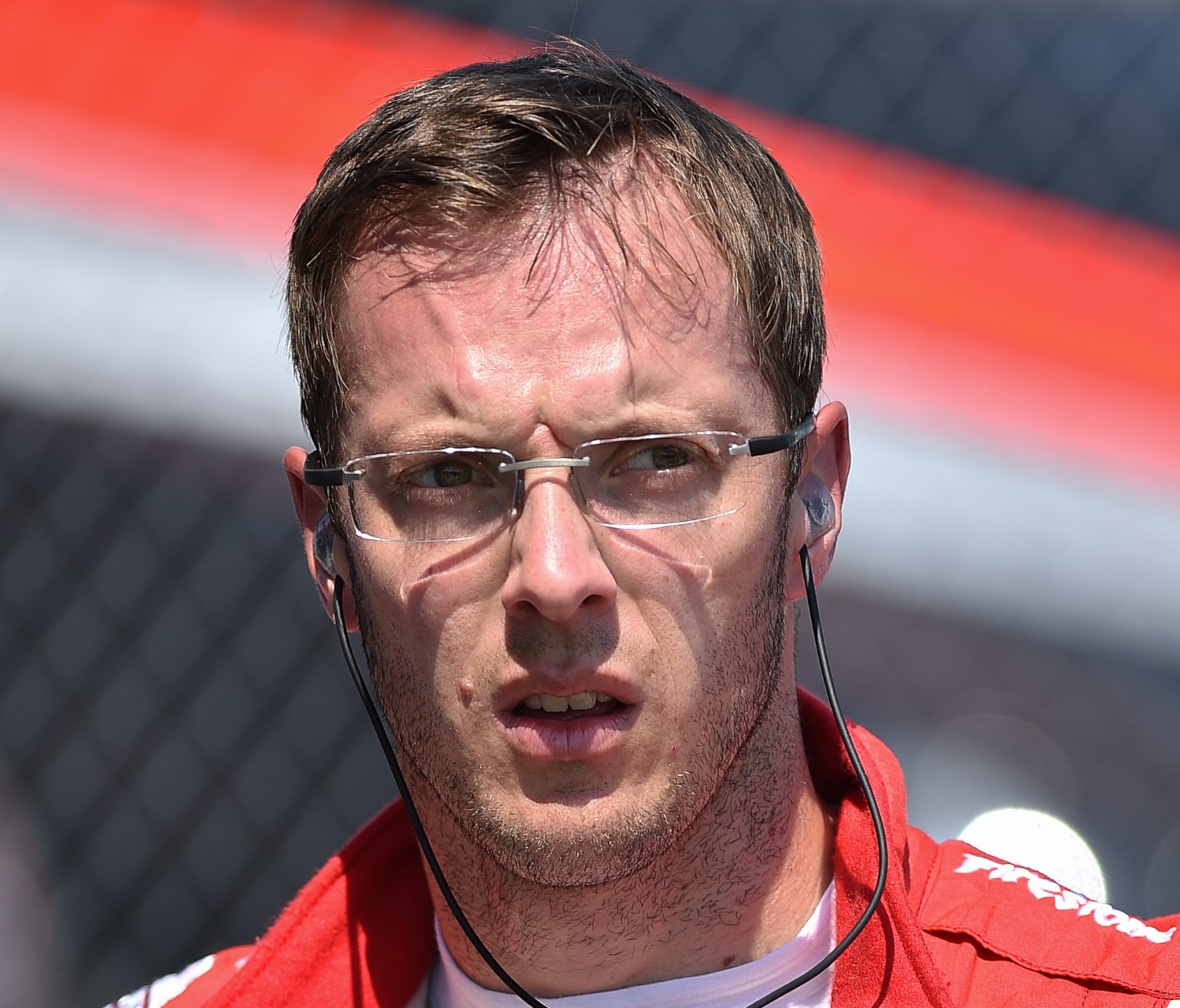 UPDATE Sebastien Bourdais has hit back at claims by Haas Formula 1 team boss Guenther Steiner that there are no American drivers ready to compete in Formula 1.

American hater and Haas team boss Gunther Steiner told Autosport recently that finding an American F1 driver was "not on top of our list", adding "at the moment there is nobody ready for F1 in the United States in my opinion".

"Clearly, there is just no consideration," Bourdais told the IndyCar website. "They [F1] are in their little bubble on their own island.

"Either you play their game and are rated on their game or you are just not rated at all.

"I completely understand that the American drivers take it personal because it's not fair, but since when is F1 fair? It's never been fair.

"You can't deny that the pinnacle of open-wheel racing is F1, and you can't blame anyone for wanting a chance and wanting to try."

"It took me four championships in the US and the Formula 3000 championship to finally get an opportunity," he said.

"And obviously, I didn't really help the Americans, because I failed!

"You see the way people can perceive Indycar drivers, and [Alex] Zanardi was before me [scoring 0 points with Williams in 1999 after back-to-back CART titles] and stuff like that – it didn't turn into a fairytale."

"Everybody in Formula 1 repeatedly says Fernando Alonso is the best, you hear that a lot," said Rahal.

"Name me one rookie that ever got a full day of testing by themselves to run around the Speedway. Never happens.

"Now put him in an Andretti car, which the last five years, have been the cars to beat.

"You've got a special talent in the best car with a lot of testing. Put those pieces together and you're going to be successful.

"Fernando, he's awesome. I love the guy. His approach is all racer, and we need more of those guys in this world.

"But bring him to Belle Isle and give him no testing like the rest of us – different story."

01/15/18 A reader writes, Dear AR1.com, As we know that Steiner will never hire an American driver and is biased heavily against American drivers, It's time for Leigh Diffey to wake up and smell the coffee. Every time Diffey, the manufacturer supreme of false excitement, talks about Haas, it's always followed (with high voice in another octave) "AMERICA'S F1 TEAM".

No Leigh. It isn't. You cant tell me that Rossi would have been worse than Esteban Gutierrez. You can't tell me that Newgarden wouldn't kick Magnussen's butt. But this is why Roger Penske is who he is, and Gene Haas is a wannabe. Remember Gene Haas stating that Danica would be a good driver to test? Ho hum so dumb. Mordichai Rosen, Los Angeles, CA

Dear Mordichai, NBCSN lost the F1 broadcast rights so Diffy won't be doing any more F1 broadcasts. And for sure, the Haas team is in no way an American team. Mark C.

01/15/18 Gil De Ferran told Motorsport.com that he disagreed with Steiner, but added that the small American single-seater talent pool did not help the country's F1 chances.

“I don't think it is a fair point," he said. "There is a lot of great American drivers, the current IndyCar champion [Newgarden] is a very talented driver.

“I think that a lot of the young American talent has grown, but is focused on the other branch of racing – stock car racing.

"So you get guys that nowadays are older or retired – like Tony Stewart, Jeff Gordon, Jimmie Johnson – and they are supremely talented individuals. But early on they took this branch and, to be fair, it is very difficult.

“A lot of top American talent is going on that branch of the big tree. So the pool is smaller than what it could be.

When asked if there was a stigma surrounding American single-seater drivers moving to Europe, de Ferran said: “It goes back and forth for many years.

“Some guys from Europe went on to the US and didn't get on at all and vice versa. IndyCar and Formula 1 are different.

“I think it's more to do with the individual than anything else. Certainly [Sebastien] Bourdais had a stellar career in America and IndyCar and he was very good in single-seaters over here [Europe].

"You know Sebastian Vettel beat him, but he beats Kimi Raikkonen too. It was rubbish, I guess, he wasn't as good as Vettel but he's a four-time champion.

"But then you had [Juan Pablo] Montoya, who was very successful on both sides, and [Jacques] Villeneuve, who won a world championship.

“It's down to the individual guys. In the same way that Nigel [Mansell] went over there [the US] and killed it."

Haas' current line-up consists of French driver Romain Grosjean and Danish racer Kevin Magnussen. Their contracts expire at the end of 2018, although the team is believed to hold options to extend.

However, Steiner says that the American racing scene just isn't throwing up the sort of talent that would suit Formula 1.

"Just having an American driver who maybe cannot compete at a certain level is maybe not good for the sport," he suggested.

"It's on top of our list if there's a good one," he conceded. "Obviously, we want one. But then maybe, if there is a really good one, would they come to us?

"At the moment there is nobody ready for Formula 1 in the United States in my opinion," he added.

"How can you possibly call yourselves an “American" team and totally berate your entire “home" nationality of drivers?" tweeted Conor Daly. "There hasn’t even been a hint of consideration of any well established American drivers over here."

"If you really believe that, why don’t you call some of us, give it a shot?" he added on Twitter. "Always funny the Haas F1 Team mentality. 'Americans aren’t good enough', yet they haven’t even given us a shot. Not worth our time."

"F1 teams will never truly embrace an American driver unless they establish them and train them in Europe themselves from age 9 or 10," Gordon said on Twitter. He tried out Juan Pablo Montoya’s Williams at Indianapolis Motor Speedway in 2003 but decided against following it up.

"Plenty of great talent in America that given the right opportunity and quality equipment could be successful," Gordon said. "But don’t see it happening anytime soon."

There are currently no drivers from the United States competing in Formula 1. The most recent American driver to participate was Alexander Rossi, who entered five races with Marussia F1 in 2015.

Other American drivers to have taken part in the past include Dan Gurney, Peter Revson, Eddie Cheever and Scott Speed. Michael Andretti had 13 outings in 1993 with McLaren. His Italian-born father Mario was 1978 world champion as an American citizen, but the only American-born world champion was Phil Hill in 1961.

Despite the furore, Steiner insisted that an American driver is simply not a priority for Haas right now.

"It's not on top of our list," he said, adding that Grosjean and Magnussen were his preferred options to remain beyond 2018.

"They are both worthy of staying," Steiner said. "Do either of them want to stay? That's the next thing. There is a lot of factors which come into that.

01/13/18 IndyCar driver Graham Rahal has strongly disagreed with Haas's claim that no American drivers are ready for Formula 1 racing.

Haas team principal Guenther Steiner has recently revealed that the team would like an American driver to race for them but does not believe any are up to standard.

"It's not on top of our list," Steiner told Autosport when asked about the prospect of signing an American driver.

"It's on top of our list if there's a good one. Obviously, we want one.

"But then maybe, if there is a really good one, would they come to us?

"Just having an American driver who maybe cannot compete at a certain level is maybe not good for the sport.

"[Signing an American driver] would be an ambition, but at the moment there is nobody ready for F1 in the United States in my opinion."

Those comments provoked a strong reaction from Rahal, who said on Twitter: Alexander Rossi, who started five races for Marussia in 2015, supported Rahal, but some Twitter users were still not totally convinced.

Rahal responded to some, claiming that some of the current crop of American drivers "could beat anybody" . Kevin Magnussen and Romain Grosjean are out of contract at the end of the 2018 season, but it is believed the American outfit have options to extend on both deals.