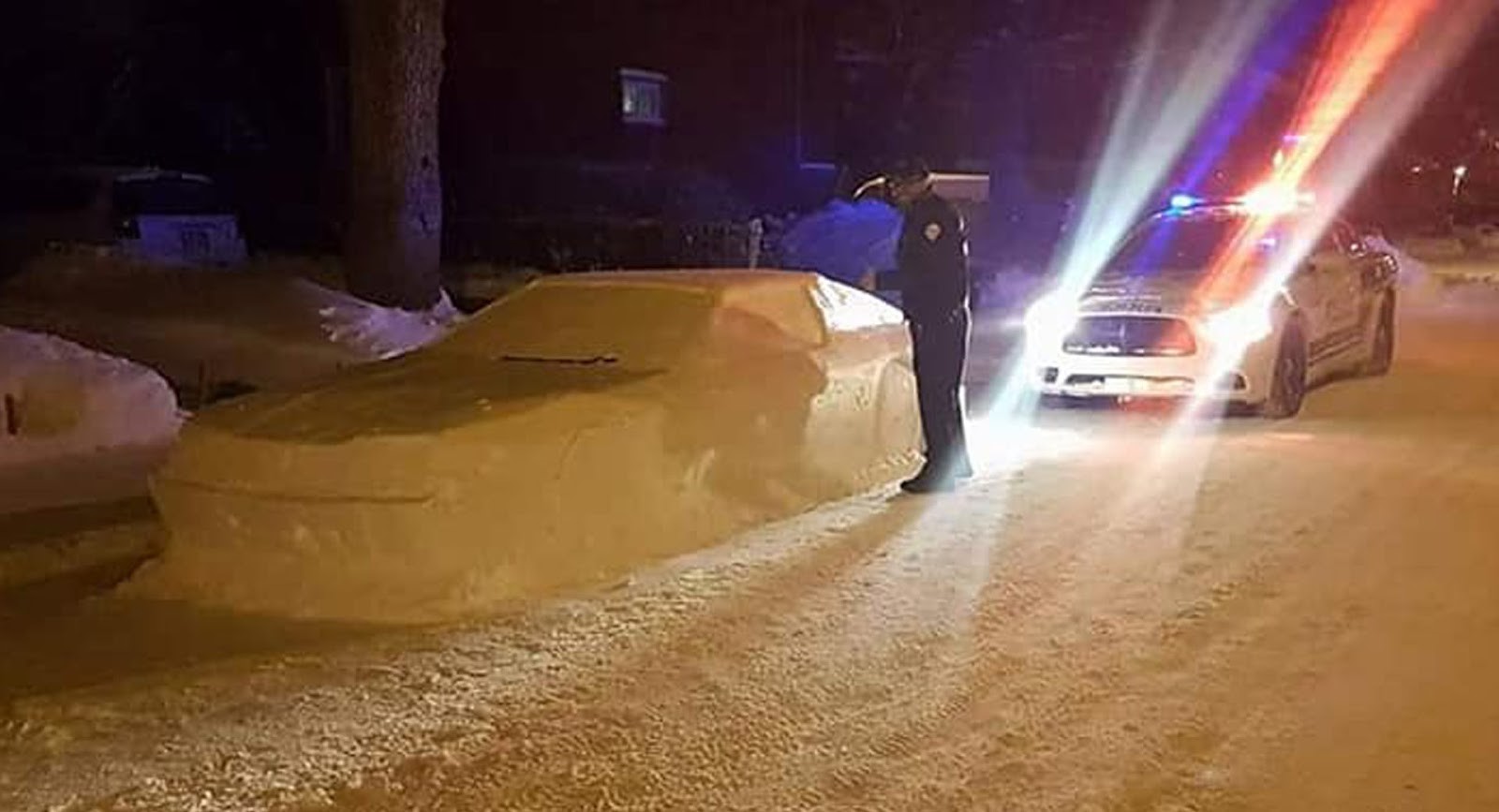 There's a saying "When life gives you lemons, make lemonade" but when 33-year-old Montreal resident Simon Laprise woke up to find a ton of snow outside his house, he decided to make a 'snow car.'

As you can see in his Facebook photos, Laprise created a relatively realistic looking vehicle out of snow complete with a real windscreen wiper that he found laying on the ground. The artist and machinist intended the vehicle to be a prank for the snow removal crews but it ended up catching the attention of police.

According to Fox 9, a police officer arrived on the scene to write a ticket because the vehicle was parked in a snow removal zone. However, the officer quickly discovered the vehicle he was about to ticket wasn't a snow covered car but instead a car constructed out of snow.

The officers ended up leaving Laprise a message which basically said "You made our night hahahahaha :)"

News of the car and the police response quickly spread but it appears the snow sculpture was short lived as reports indicate the car was destroyed by snow plows the next morning.