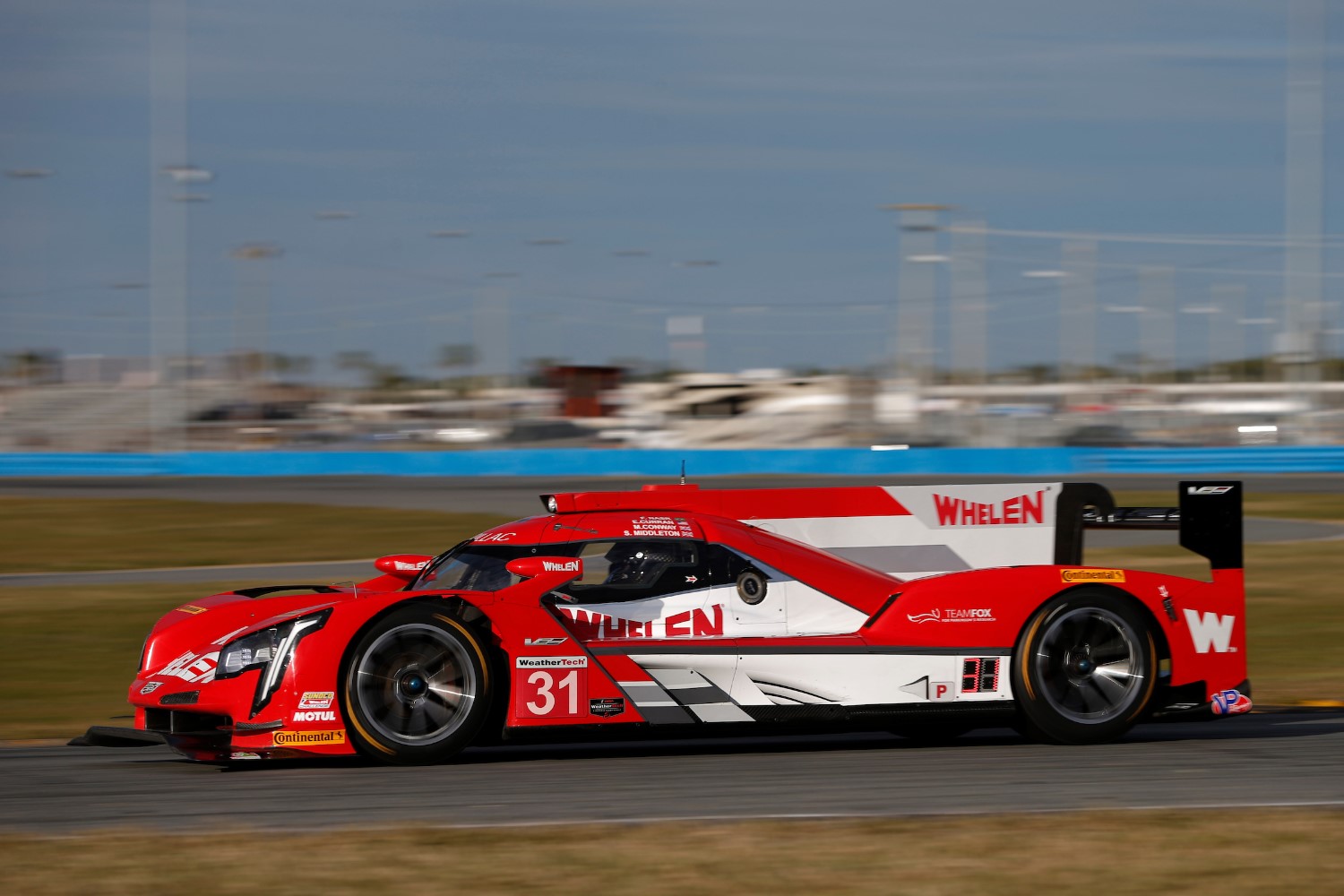 The Cadillac DPi-V.Rs have been slowed following a series of Balance of Performance adjustments made ahead of next weekend’s Rolex 24 at Daytona.

Changes have been made to multiple cars in all three categories in the WeatherTech SportsCar Championship, with IMSA having issued the revised BoP tables on Thursday.

The Cadillac DPis, which dominated the pre-season test, have been hit with a 0.6mm smaller air restrictor, bringing it down to 31.6mm x2 in size.

Adjustments in fuel capacity (+1 liter) and refueling restrictor (+0.5mm) have been made to compensate for the Cadillac’s power loss, ahead of its first race with its revised 5.5-liter V8 powerplant.

While the Nissan Onroak DPis have been given a power increase at the mid-to-high range, Mazda’s RT24-P has been handed a slight reduction in turbo boost pressures, although now permitted to run a maximum of 8600 RPM.

Most importantly, though, the Mazda DPi can shed a further 15kg in weight, bringing the Multimatic-built car down to 915kg, as the lightest prototype in the class.

Additionally, aero adjustments have been made to the Acura ARX-05, Mazda and Nissan DPis, although with fuel capacity changes for the Acura and Nissan..

The new BMW M8 GTE, which struggled at the Roar, meanwhile, has been given performance breaks for the race, in the form of a turbo boost increase and a 10kg minimum weight decrease.

It brings the new-for-2018 GTE contender down to 1240kg, the same base weight of the Corvette C7.R, which along with the Ford GT, have adjusted minimum rear wing angles.

Fuel capacity changes have been made to GT Le Mans cars across the board, except for the Ferrari 488 GTE, which remains at 87 liters.

The GT Daytona class sees weight changes for the Acura NSX GT3 (+10kg) and Mercedes-AMG GT3 (-15kg) and power adjustments for the Audi R8 LMS and Lamborghini Huracan GT3 (-1.0mm) as well as a boost increase for the BMW M6 GT3. sportscar365