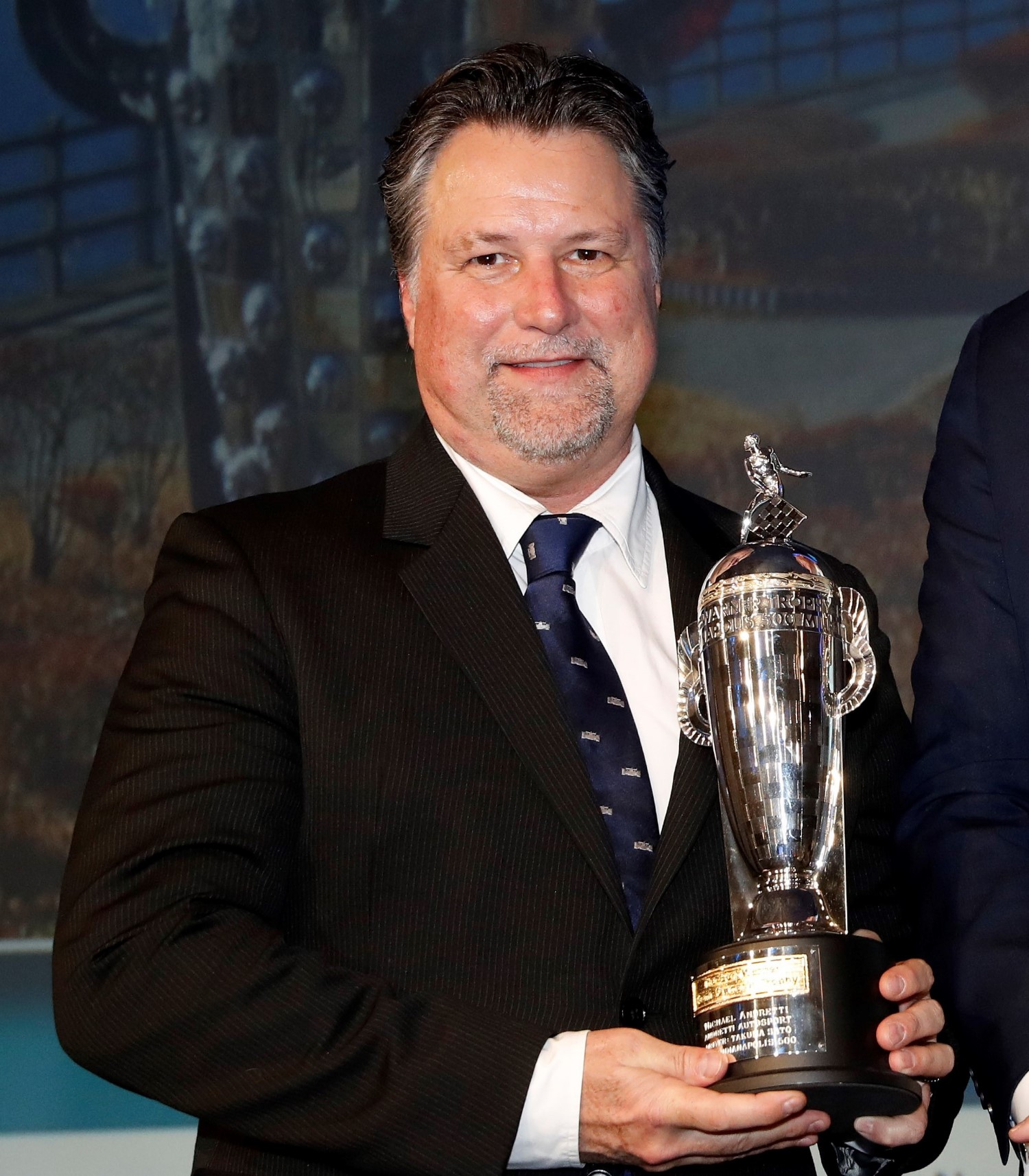 The BorgWarner Championship trophies are unique replicas of the iconic Borg-Warner Trophy awarded to the winner of the Indianapolis 500 on Memorial Day weekend at Indianapolis Motor Speedway. The Baby Borg trophies are 14 inches high and weigh 5 pounds. The owner's trophy features a band of art deco race cars accented in gold to symbolize the importance of teamwork.

“Traveling to the north, even just to Detroit, is something I usually try to avoid in the winter, but I can’t think of anywhere I’d rather be tonight," said Andretti. “I’m so proud of our team for this accomplishment and want to thank Ruoff Home Mortgage and all of our partners for their support. I have no doubt that our six Andretti Autosport entries will be top contenders this May, and I’ll hopefully be back in Detroit in a year’s time to pick up another Baby Borg. Thank you to Borg Warner for this honor and to the Automotive News World Congress for hosting us this evening."

Andretti Autosport’s Indy 500 stable of six will take to the Indianapolis Motor Speedway for the 102nd Running of the 500-Mile Race, seeking to defend their reign with a third-consecutive victory.

Carlos Munoz (No. 29 Andretti Autosport Honda) and Stefan Wilson (No. 25 Driven 2 Save Lives Honda) will join the team’s full season drivers Marco Andretti (No. 98 Andretti-Herta Autosport Honda), Hunter-Reay (No. 28 DHL Honda), Rossi (No. 27 NAPA AUTO PARTS Honda) and Zach Veach (No. 26 Group One Thousand One Honda) for opening day May 14.