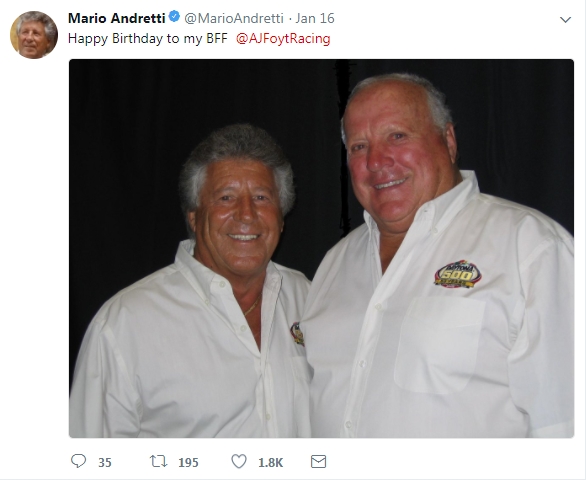 Mario Andretti and A.J. Foyt are two of the greatest race car drivers of all time.

Andretti has 52 career wins and an Indianapolis 500 title while Foyt is the all-time leader in wins with 67. Foyt has won the Indy 500 four times, too. Many of those wins came over the other, which led to a fierce rivalry.

But that's all in the past. At best now, they're friendly rivals. That much was clear in a Tweet sent by Andretti on Tuesday, wishing Foyt a happy birthday.

Mario said he was backing up the social media post with a nice gesture – a birthday cake – since AJ does not use Twitter.