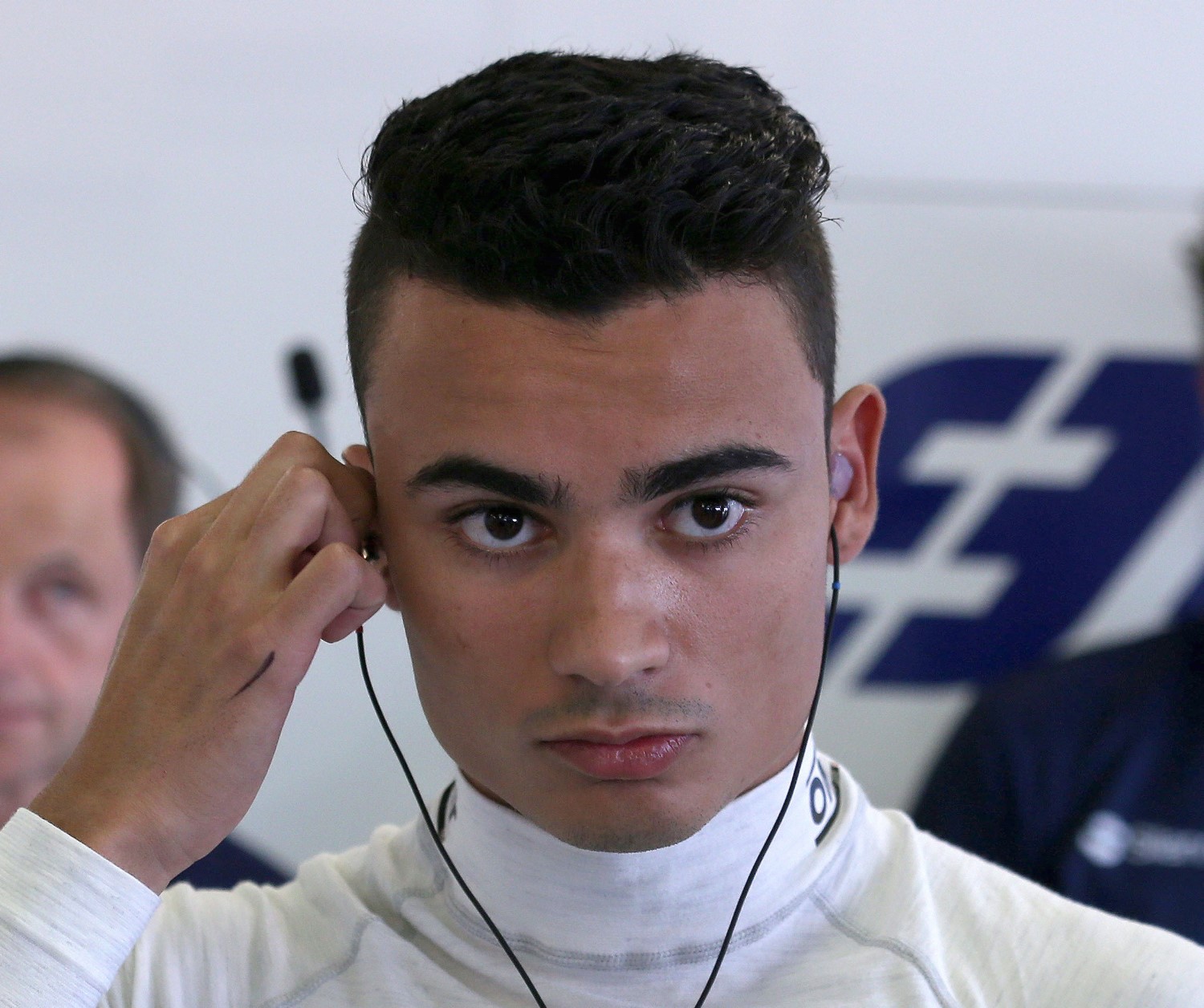 Mercedes to keep supporting ousted Wehrlein – Wolff
(GMM) Mercedes will continue to support Pascal Wehrlein, even though there is no place for the ousted Sauber driver on the 2018 grid.

As Toto Wolff was campaigning for the 23-year-old to be considered by Williams, he warned that Mercedes cannot financially prop up the German's place in F1 forever.

"Pascal definitely deserves a place in formula one," Wolff is quoted by Italy's Autosprint. "He is among the fastest drivers.

"At the moment things seem a little difficult regarding the available seats, but he will absolutely remain in our team."

However, an exact role for Wehrlein within the Mercedes program is yet to be announced.

"It is not clear if he will race in a category outside formula one, but what is certain is that he will remain part of our team," Wolff added.

The man who decided to oust Wehrlein – new Sauber chief Frederic Vasseur – admitted it is tough for some of F1's younger drivers to make their way in the category.

"Even if a newcomer is very competitive it is not easy for him," the Frenchman is quoted by Auto Hebdo.

"This is evident in Mercedes and Ferrari, who do not risk putting their drivers Ocon or Leclerc in their cars because the stakes are too high.

"Instead they give their drivers experience in partner teams. The top teams do not feel confident in their young drivers," Vasseur added.

(GMM) Frederic Vasseur thinks 2018 will be a more competitive year for Sauber.

Last year, as the former Renault boss took over at the helm of the Swiss team, Sauber finished dead last in the constructors' championship.

"There was not just one weak point," Vasseur told France's Auto Hebdo. "Instead, it was the result of the difficulties of the team in 2016."

Indeed, Sauber almost collapsed financially in 2016, and was ultimately rescued only in the late summer by a consortium linked to driver Marcus Ericsson.

Vasseur explained: "The 2017 car was ready very late. It was a new project and if you are six months late, it only adds to a difficult situation and it's very difficult to catch up.

"The decision to use the 2016 Ferrari engine last year also did not help," he added.

"Now we have a brand new project. Sauber started very late last year, but the 2018 project is on schedule," said Vasseur. "But of course only the first test in Barcelona at the end of February will tell us where we are."

Sauber has ousted Pascal Wehrlein for 2018, but replaced him with the highly rated Ferrari junior Charles Leclerc, who heads into the season as the reigning F2 champion.

"Yes, there are many expectations and I think we have made some strong choices," Vasseur said.

"Above all with the engine — having the 2018 Ferrari engine will mean a big step forward for us. And we have started with a new philosophy for the car."

Cosworth ‘unlikely’ to return to Formula 1 as independent supplier

Cosworth admits it is "unlikely" to return to Formula 1 as an independent engine supplier, and needs external backing to come back for the new post-2020 engine regulations.

The British company is involved in the discussions for reshaping the engine rules that it's hoped will be drafted by the end of the year, and is keen to race in F1 if possible.

But this would require investment either from a manufacturer or sponsor to make it financially viable for Cosworth to return to F1 for the first time since 2013.

"First off, we'd love to be there," said Cosworth managing director powertrain Bruce Wood in an interview on the main stage at Autosport International.

"It's been reported quite widely that we've been heavily involved in the ongoing current discussions.

"Where we sighted it from the beginning is that it's unlikely you will see a completely independent Cosworth on the 'if you build it they will come' [basis].

"That's unlikely because the economics of that are hard to make work.

"We certainly hope that we might be there partnered with a small OEM that's willing to make what hopefully a new regulation will enable being a much small financial commitment to get into F1."

Cosworth is one of a number of companies, including Aston Martin, evaluating an engine for the planned new regulations.

It's hoped that by bringing down the cost of designing and producing an engine, it will be easier and cheaper for companies to get involved in F1 – with the possible elimination of heat-based energy recovery one area where money will be saved.

"It's no secret that the level of technology currently in F1 is quite prohibitive, even to somebody like Cosworth with our background getting into it because there are so many elements that are absolutely cutting edge," Wood added.

"The heat energy recovery would require tens of millions of investment.

"The rules as they are being proposed would certainly technically facilitate Cosworth coming back into it and will bring down the cost barrier to entry to the point where there's a lot more OEMs, or not necessarily car manufacturers but other sponsors, who see Formula 1 as something they can bring into their sorts of budgets." Autosport

Brawn: F1 will have great-looking cars in the future

In 2017 Formula 1 regulations allowed cars to be wider and look more aggressive, a trend that the sport’s motorsport chief Ross Brawn says will continue in full force when rules are penned for the next generation of the sport.

In an interview with Sky Sport, Brawn said of the 2021 cars, “I think they’ll look sensational. We’re going to have some great-looking cars in the future, that’s a really important thing for us."

“I think we’ve done some great work on how you integrate the Halo, for instance, because it looks like it’s just been stuck on the car – which it quite literally has. It’s obvious, but when you talk to the fans [they say] the cars have got to look great."

“They’ve almost got to look like derivatives of video games and evolve in a way where the video games take their key from Formula 1, not the other way round," said Brawn.

2018 is either likely to see McLaren take a significant step forward or leave the multi-champions with egg all over its face.

While Honda attempts to revive its fortunes with Toro Rosso, and possibly Red Bull, for the second time in its F1 life McLaren is turning to a French engine manufacturer.

At a time Red Bull is seeking an alternative to the French manufacturer, unhappy with the reliability issues that plagued both drivers last year, though Zak Brown admits similar concerns he is adamant the new partnership will take McLaren further up the grid.

"They've got the power," he said at an exhibition in Birmingham. "Though they've got some reliability issues when they turn the power up.

"Mexico was a setting issue," he continued, "but Max did win the race in pretty dominant fashion," he added, referring to Red Bull's Max Verstappen, "so they've got a fast engine.

"I actually think the top three are pretty close," he insisted, "and have all won races last year, so there's clearly not that big of a deficit between them.

"We have some areas we can improve, we're not perfect," he admitted, "but the lack of power was the single biggest area of weakness, so I think when we get the Renault in the back we should see a substantial difference in Australia.

"We're happy with our working relationship with Renault, and we should hopefully get back to where people are used to seeing McLaren at the front of the field."

Asked about Honda, Brown admitted that the Japanese manufacturer's insular approach was an issue, comparing it to that which proved so problematic for Jaguar when it entered F1 in 2000 having bought Stewart Grand Prix.

"Eric spoke earlier in the year about how there's a certain way you have to operate in Formula 1, a Formula 1 culture, and I think that's something they now recognize," said Brown. "You kind of saw the same thing with Jaguar, when they came in. They kind of did it the corporate way.

"If you look at Mercedes, they're not based in Germany, the race team's in England, the engine facility is in England; Renault is split between England and France.

Formula 1 Managing Dir, Commercial Operations Sean Bratches met with teams prior to the Christmas break to "run through ideas" for the '18 season, and "one of the biggest areas of change will be the way that grand prix racing is broadcast," according to Jonathan Noble of MOTORSPORT.

McLaren F1 Exec Dir Zak Brown said that he is "excited by what is being proposed."

In a guest blog on the "James Allen on F1" site, Brown said, "Before Christmas Sean Bratches presented the new F1 commercial strategy to us, the teams. There is a huge emphasis on digital, as we know, but last year was about testing things out. … You'll see significant changes there on the broadcast, on the graphics and the storytelling."

While welcoming Liberty Media's "push to improve things for fans," Brown predicted "fireworks" in its negotiations with teams about the future of the sport. There has "already been unease" from Ferrari, Mercedes and Renault about future engine rules, as well as "other concerns about a drop in commercial rights income."

Brown added, "The honeymoon period is over. Some senior team executives have been openly critical of Liberty. I prefer we're constructive. They've only really had their feet under the desk for the last six to 12 months having inherited a sport previously operated pretty uniquely. …

There will be some big negotiations going on through 2018 with the teams on contract renewal and I predict that there will be public fireworks; we are already starting to see that. … Will Ferrari really leave if they don't like the new rules?

I have my opinion but we'll see how this plays out." MOTORSPORT