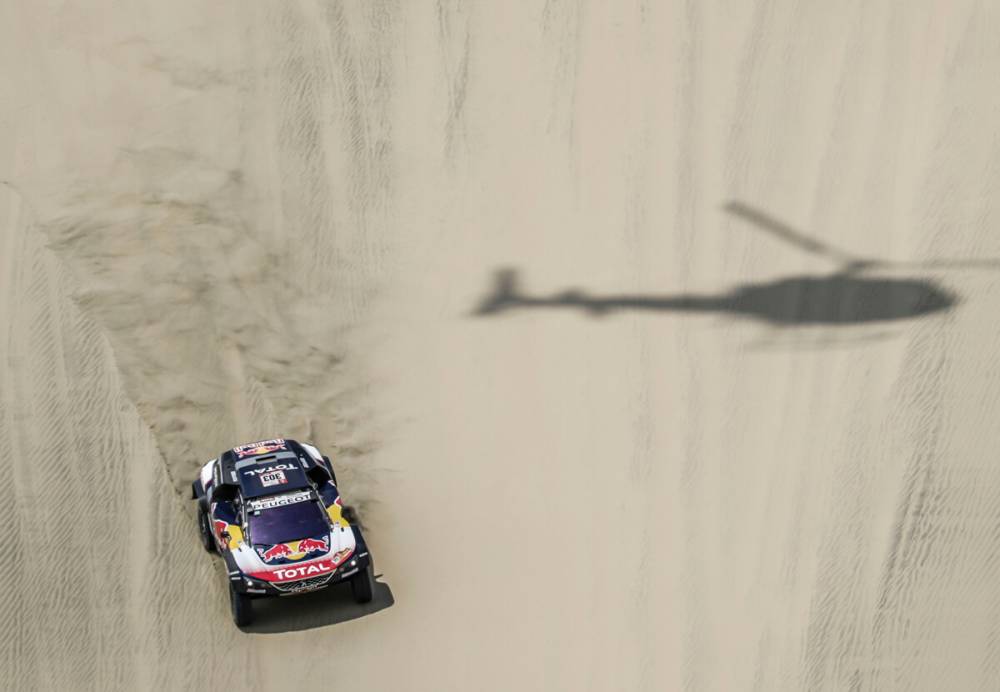 The Dakar has left Peru and its formidable sand dunes and entered Bolivia, not far from the splendid Lake Titicaca, giving the competitors the opportunity to taste the mountains and quicker tracks. However, they still had to be wary of the high plains of Bolivia and sections at a height of 4,722 meters above sea level before a rest day in the capital La Paz, which will help them acclimatise to the altitude.

Antoine Meo is gathering momentum. After his fine fourth place yesterday, the Frenchman confirmed that he is back to his best after an injury that kept him away from his official KTM bike for one and a half years, by taking victory on the first quick stage of the rally. It was a superb performance in which he finished just in front of his team-mate and the winner in 2016, Toby Price, as well as the promising Kevin Benavides, the first Argentinean to lead the general standings in the bike race on the Dakar. His young countryman Jeremias GonzÃ¡lez Ferioli could equally be a future star of the quad category, as shown by his first victory in Bolivia thanks to a stage that he controlled from start to finish. Carlos Sainz may not be young, but he is definitely on an upward trajectory as he demonstrated by dominating the entire special in the car race on the Bolivian tracks which suited him down to the ground. Stephane Peterhansel, finishing in second four minutes behind, is comfortably in control of the general standings.

Diego Martin Duplessis has not stopped progressing since the start in Lima. Despite a complicated beginning to the rally with an 83rd placed finish on the first day, the Argentinean has got better with each stage, leading to him making a sensation with style via a superb fourth place in La Paz behind the handlebars of his privately run Honda. Having finished 25th on his first Dakar in 2016 and then 15th in 2017, Duplessis is perhaps following in the footsteps of his countryman Kevin Benavides.

Rafal Sonik, winner of the quad category in 2015, had lofty ambitions for the Dakar 2018. However, nothing turned out as planned for the Polish rider, who has not managed to make it into the top 3 on any stage. He even fractured his tibia and fibula on the fifth stage and had to give up on continuing the rally this morning. It is the third time he has withdrawn in ten participations.

By letting his speed do the talking on a terrain almost tailor-made for him, Carlos Sainz wrote another page in the history of the Dakar. The former WRC driver obtained his 30th stage victory on the Dakar, overtaking the great Jacky Ickx. The Spaniard now only has Ari Vatanen (50) and Stephane Peterhansel (39) ahead of him.

Kevin Benavides: “I can’t describe just how happy I am. I’m leading the general standings on the Dakar! It’s been a very difficult week and today I’ve arrived at La Paz in the best way possible. I’ve worked very hard for this moment and now we are going to take advantage of the rest day to recharge the batteries to be ready for the second week of racing. The main thing is to remain calm and to keep enjoying it".