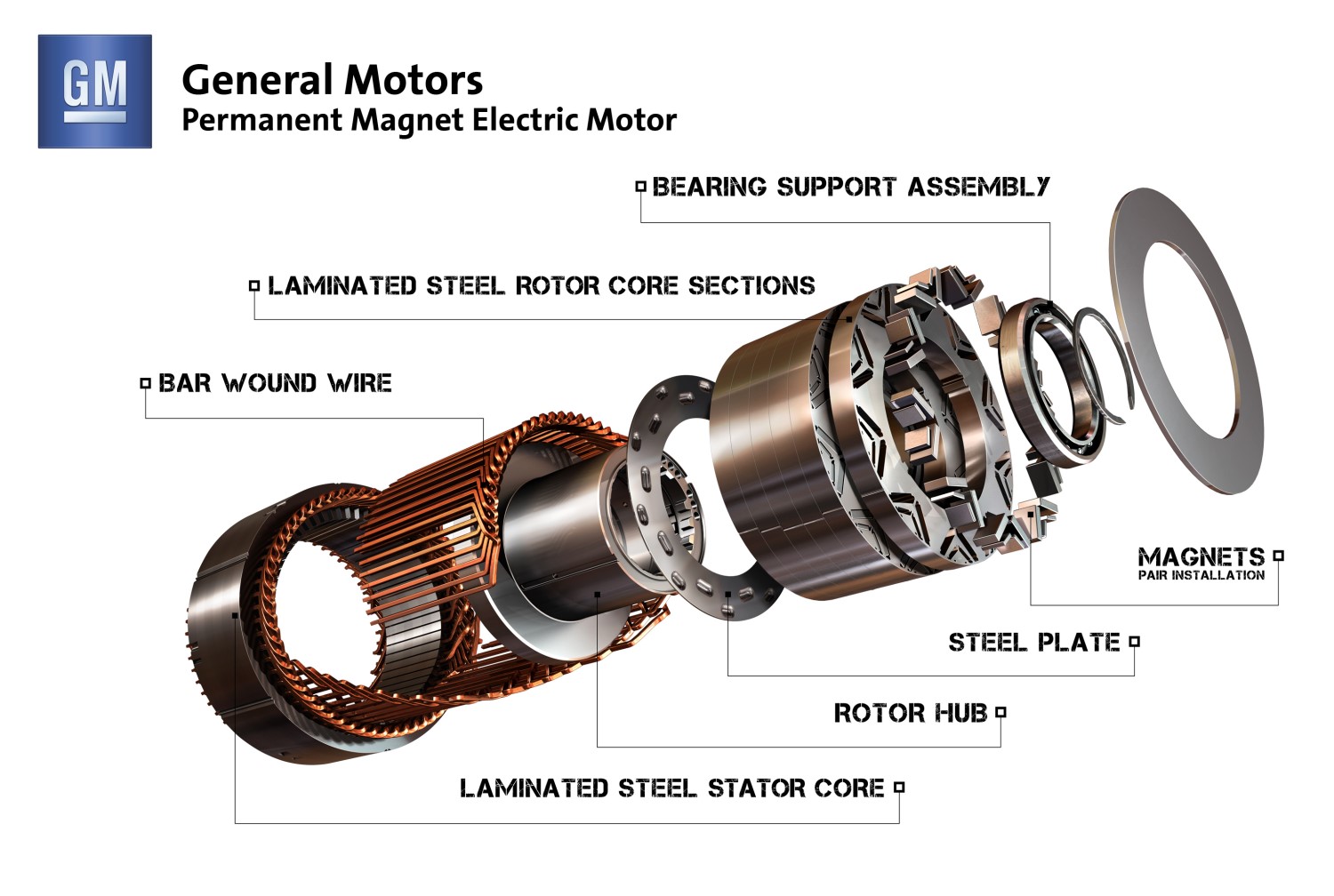 Anyone who thinks General Motors isn’t serious about electric vehicle leadership doesn’t have a clue.

Despite Silicon Valley’s derogatory ideology regarding conventional car companies like General Motors, the dinosaur from Detroit has been at the forefront of electrifying personal mobility. GM’s flirtation with electric vehicles began in earnest back the early ’60s. It started with the Electro-Vair and Electro-Maro programs in the ’60s, then came a battery-powered Chevette in 1977, followed by production of the EV1 in the late ’90s, before culminating with the Chevrolet Bolt, the industry’s first long-range-yet-affordable-mainstream-electric-car.

But the company isn’t resting on its laurels, as Tesla Model 3 reviews begin to hit the internet, GM is busy working on a new family of electric cars due in 2021. While advancements in battery technology have long been heralded as the key to consumer adoption, GM engineers haven’t forgotten that a motor is still what propels a vehicle forward, electric or not.

Published on December 19, 2017, by the USPTO, GM has filed a patent for an electric motor with multiple magnet lengths which could totally change how the company thinks about manufacturing electric propulsion systems.

For example, the Chevrolet Bolt uses a permanent magnet brushless motor, where a magnetic field is produced by the spinning magnet rotor assembly which then transfers to the stator core and interacts with flowing current to create torque. Differing magnet lengths will change the torque output, smaller magnets decrease torque, while longer ones increase torque, proportionally.

Effectively, the tabs will allow the stacks to accept either short or long magnets–the tab will support the shorter magnet halfway down the aperture or get pushed out of the way upon inserting a longer magnet. GM claims there will be at least a 25-percent difference in magnet lengths.

It’s helpful to think about GM’s work with modular lamination stacks almost like powertrain sharing–take GM’s naturally-aspirated 6.2-liter small-block V8, which is offered in LT1 and L86 guise. As the high-performance version, the LT1 is equipped with a shorter intake runner for better high-rpm breathing, different exhaust manifolds, and unique cam timing; while the trucks make use of longer intake runners in order to fatten up the mid-range torque curve.

What will be of interest moving forward is how GM plans to implement the respective magnet lengths, will the smaller magnets be used for efficiency, while the bigger ones left for high-performance or hauling? Possibly, but there are also drawbacks to simply increasing magnet size; larger magnets may create more torque, but they also force the coil to fight through more resistance as the higher torque values lead to an increase in eddy and hysteresis.