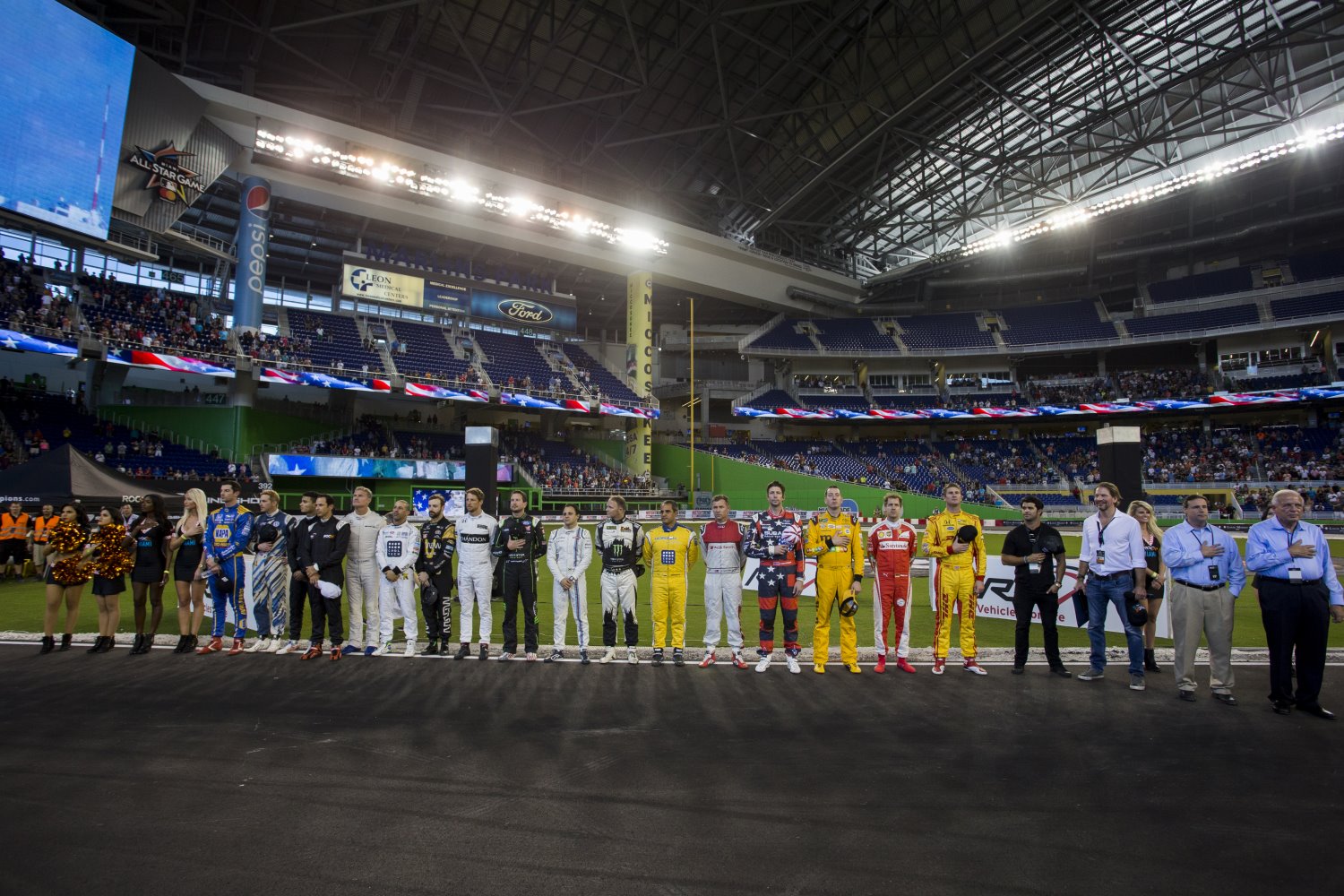 The Race Of Champions’ unique ROC Factor competition returns in Riyadh later this month when amateurs and professionals alike from across the region will be offered an incredible opportunity to compete against some of the world’s best-known racing drivers.

ROC Factor Middle East’s finalists will travel to King Fahd International Stadium in the Kingdom of Saudi Arabia on February 2-3 to take part in both the individual Race Of Champions and ROC Nations Cup, as well as trying their hand at the technical ROC Skills Challenge course.

The competition, which is open to anyone with a drivers’ license valid in the Kingdom of Saudi Arabia, builds on the success of ROC Factor’s two previous events staged in London and Miami. The latter witnessed a shock result when Nissan Micra Cup racer Stefan Rzadzinski beat Indy 500 winner Alexander Rossi and three-time Global Rallycross champion Scott Speed in identical machinery.

Rzadzinski earned his place in Miami by winning ROC Factor’s social media vote, which – along with the ROC Jury’s discretion – will once again decide who travels to Riyadh. Registration remains open until January 14, after which the ROC Jury will select 20 semi-finalists who must compete for the available slots in Riyadh by generating as many Facebook votes as possible.

Amongst the finalists will be at least one Saudi Arabian driver who will comprise one half of the host country’s ROC Nations Cup squad alongside team captain and World Rally Championship regular, Yazeed Al-Rajhi.

Entries can be submitted here until 12:00 GMT on January 14.

ROC President Fredrik Johnsson said: “We’re breaking new ground by staging Race Of Champions in Saudi Arabia so it makes perfect sense to continue that trend by also offering anyone from across the Middle East a chance to compete in an international motorsport event. And when I say anyone I really do mean anyone! Stefan Rzadzinski’s incredible achievement of not only beating well-known drivers in the social media vote but then doing the same on-track in Miami proves that everyone has a chance to compete and win at ROC Riyadh! I can’t wait to discover which potential Middle Eastern superstar follows in Stefan’s wheel tracks."

Now the event is heading to the Middle East for the first time to soak up the heat of Riyadh. Saudi motorsport fans will have a chance to watch the speediest action the city has ever seen as many of the world’s greatest drivers push to the absolute limit on a specially-designed tarmac track winding its way around the confines of the King Fahd International Stadium.

But that’s not all. The Race Of Champions is a non-stop show from start to finish and also features stunt shows on four wheels and two plus plenty of other entertainment to keep the race fans on the edge of their seats.