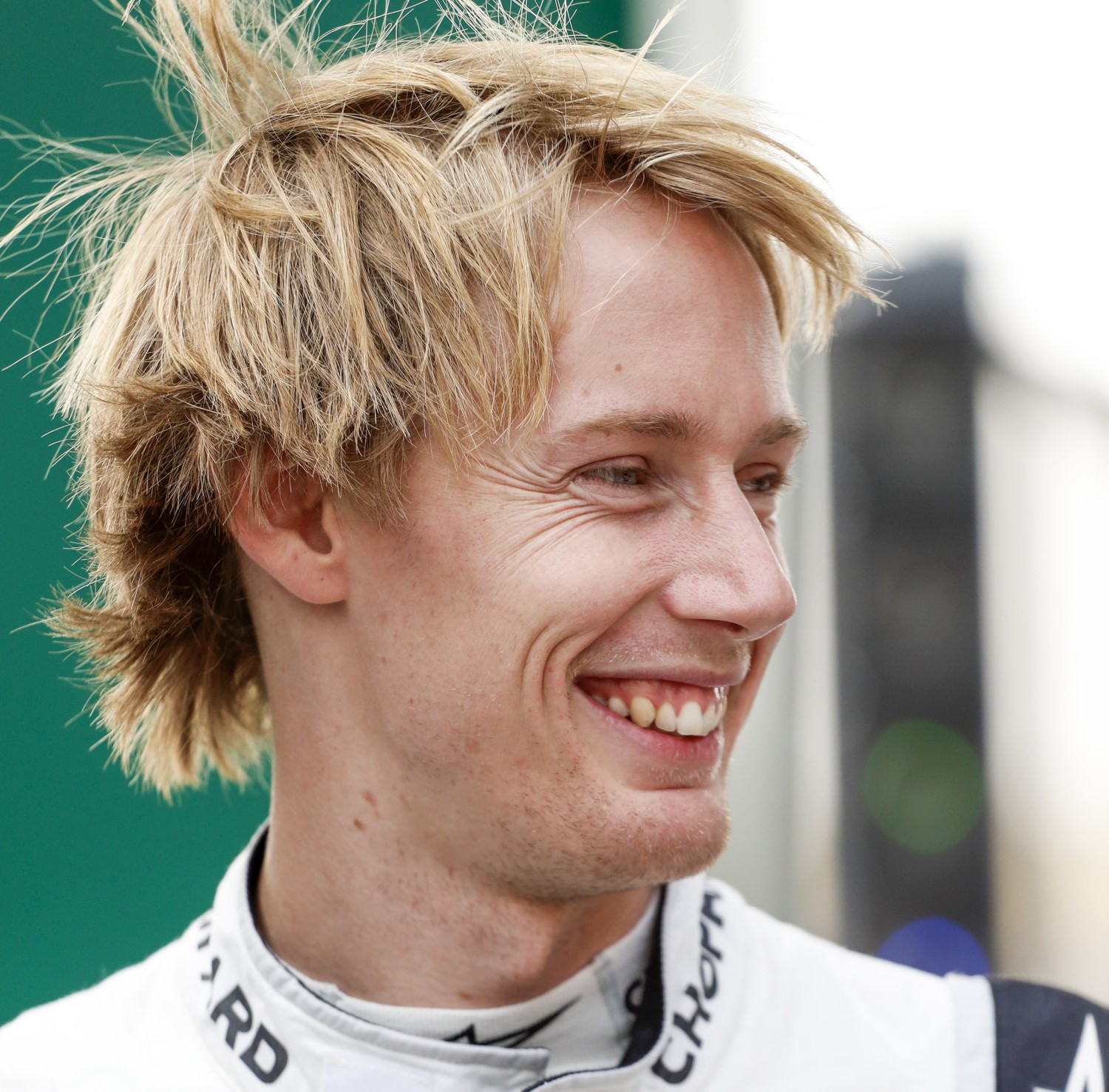 Hartley to focus only on F1 in 2018
(GMM) Brendon Hartley says he will concentrate exclusively on formula one this year.

As he rebuilt his career following his departure from the Red Bull programmed some years ago, the now 28-year-old was active across several motor racing disciplines.

In 2018, Hartley will even maintain his ties to Porsche, with whom he won last year's world endurance championship, but he told the NZ Herald newspaper that he will now focus exclusively on F1 and Toro Rosso.

"I will still have an association with Porsche but I won't be doing any races other than formula one, which I think is the sensible thing for me to do because I need to be fully focused," he said.

"I am going to spend all my energy and time on being fit enough, going into the races fresh, sharp and putting every effort into making this season work.

"It is a massive opportunity that I have got there," the New Zealander added.

It will be a major change for Hartley, who busily juggled his WEC and F1 duties late last year and has accepted with relish any racing opportunity.

"In previous years I have tried to compete in every single race I could," he admitted.

"But I have a big challenge ahead. I am very aware of that."

(GMM) Max Verstappen says he would like to keep Daniel Ricciardo as his teammate in F1.

Dutchman Verstappen has signed on with Red Bull through 2020, but his Australian cohort Ricciardo is currently flirting with a move to a rival team for 2019.

Verstappen said he would like things to stay the same.

"We have a lot of respect for each other," he is quoted by Speed Week, "and frankly, in my racing career so far, I've never had that much to do with a teammate.

"Even if we give anything to fighting hard with one another on the track, Daniel is a great guy and we have a lot of fun next to the track," Verstappen added.

"So I hope that we will be teammates for a very long time."

The 20-year-old thinks his relationship with Ricciardo would even survive an intense world championship fight.

"I think so," Verstappen said, "because we respect each other. Sure, when you fight for the title it gets more intense, but in the end you come back to that mutual respect.

"You have to accept when someone is faster and I think we can do that. If one of us has a good race, the other one says that he really deserves it — and I think that's very important."

(GMM) Otmar Szafnauer admits Force India is under pressure to change its name.

Owner Vijay Mallya is locked in a bitter legal battle with the Indian government, but he insists that deliberations about dropping 'India' from the name is more about internationalizing the team for global sponsors.

The name 'Force One' was considered, but Liberty Media blocked that on the basis that it could be shortened to 'F1'.

And other names have been ruled out because third parties registered them.

Nonetheless, sporting boss Szafnauer admits sponsors are pushing for the word 'India' to be dropped.

"Yes, a couple of potential sponsors said that if we don't change, then we don't come on board," he told The Citizen.

"I think they just thought if they are going to sponsor a team, they will sponsor a team which is not really tied to one country," Szafnauer explained.

He said a list of alternatives is being drawn up, and would not rule out the word 'Force' also being dropped.

"We haven't decided," Szafnauer insisted. "So it's hard to say."

He also said the Silverstone based team will have "an enhanced version" of its pink livery for 2018, as per the sponsorship deal with Austrian company BWT.

Formula 1 was the fastest growing sports brand across social media in 2017 while television and digital viewing figures also increased, the commercial rights holder reported on Friday.

Last season was the first under the ownership of U.S.-based Liberty Media, who are keen to develop the sport and attract new audiences.

The figures also reflect how much ground the sport has had to make up.

Previous commercial supremo Bernie Ecclestone, who was ousted at the start of last year, had little time for social media while Liberty have put considerable effort into exploiting such platforms.

To put that into perspective, Mercedes’ four times world champion Lewis Hamilton currently has 5.7 million followers on Instagram alone despite the Briton removing all posts at the end of last year and also wiping his Twitter account.

Formula One said the cumulative television audience for all F1 programs broadcast through the year in the top 20 markets was 1.4 billion, a rise of 6.2 percent.

Italy showed the biggest rise, of 19.1 percent, out of the top four markets followed by Brazil with 13.4 percent. Britain (3.9) and Germany (0.9) also showed positive growth.

China, a key market that the sport has targeted for future growth, showed an increase of 42.2 percent.

The statement did not provide data for 2016 or numbers for individual countries’ previous audiences to illustrate the growth in the number of people watching.

Cumulative viewing of the 20 races, broadcast live and non-live, remained steady at about 603 million, although the live audience grew one percent in a season with one less grand prix than 2016.

“During 2017, 352.3 million unique viewers have tuned their TV set into F1 programming at least once. It’s the first time since 2010 that there was not a decrease in this specific number," Formula One said.

Brazil remained the biggest television market in terms of unique viewers with more than 76 million, although that figure was down 1.8 percent on the previous year.

“Central to our efforts last season was to improve the fan experience across our platforms and it is encouraging to see the engagement that fans around the world have with Formula One media," said commercial managing director Sean Bratches. grandprix247