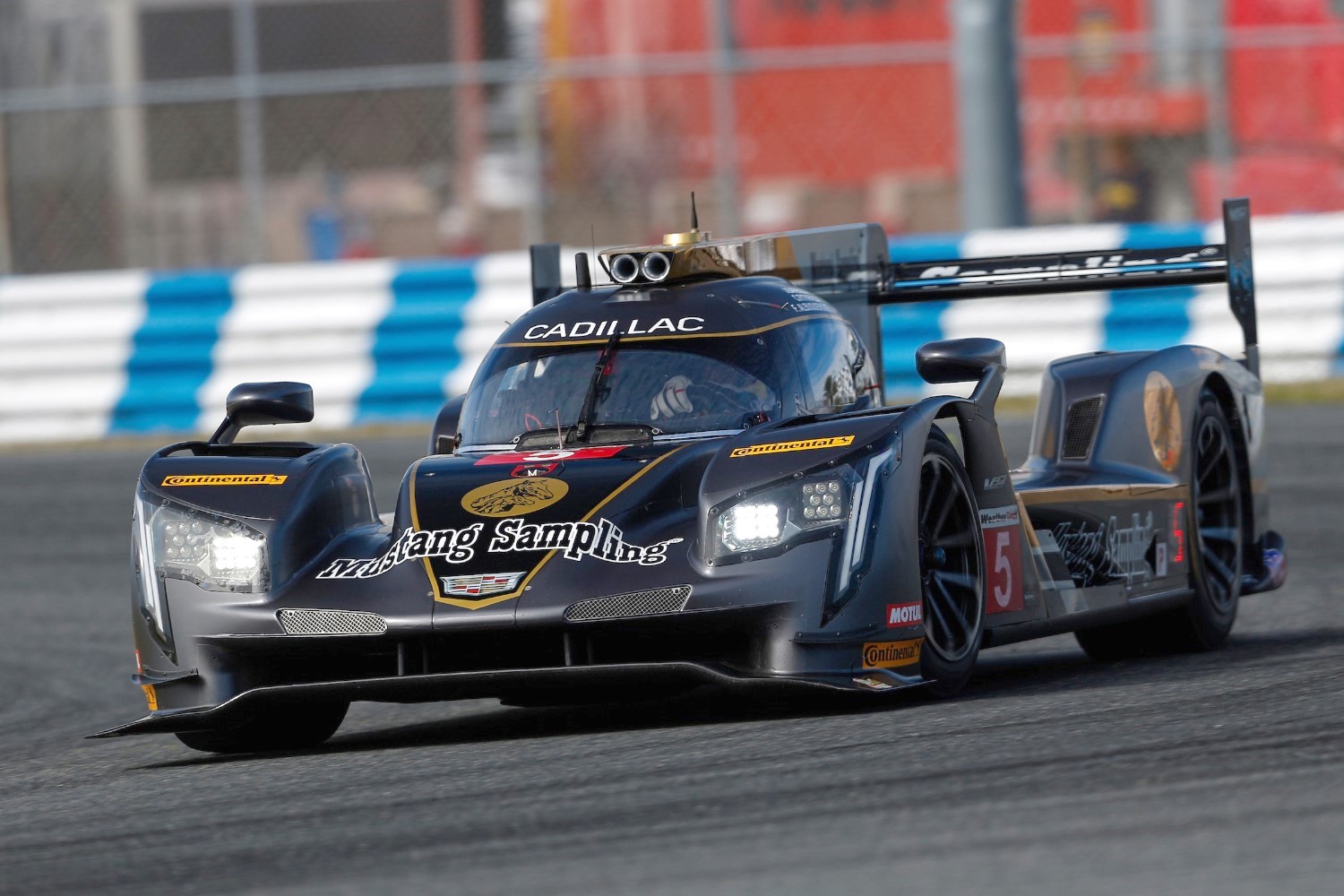 Filipe Albuquerque topped the combined time charts on Day 1 of the Roar Before the 24 at Daytona International Speedway in the No. 5 Action Express Racing Cadillac DPi-V.R.

The Portuguese driver set the fast time in both IMSA WeatherTech SportsCar Championship testing sessions of the day, marginally bettering his pace-setting lap from Session 1 with a fast lap of 1:37.196 in Session 2.

Colin Braun posted the second-fastest time of the day on his fifth lap in Session 2 in the No. 54 CORE autosport Oreca 07 Gibson, 0.107 seconds off of Albuquerque’s time.

The GT Daytona class was led by the No. 11 GRT Grasser Racing Team Lamborghini Huracan GT3 in both sessions, with Rolf Ineichen setting the fastest time in Session 1 with a lap of 1:47.104. Franck Perera was fastest for the team in Session 2.

Manthey-Racing’s No. 59 Porsche 911 GT3 R was second in class followed by the No. 30 GRT Lamborghini.

Both Mazda Team Joest cars turned their first laps of the weekend in Session 2 after missing the first test session of the weekend, although the No. 77 Mazda RT24-P only managed two laps late in the session while the sister No. 55 managed 43 laps.

The session was halted by red flags three times due to minor incidents.

The WeatherTech Championship cars and drivers return to the track for Session 3 of the Roar tomorrow from 10:50 a.m. – 12:20 p.m. ET with live audio coverage available from IMSA Radio.