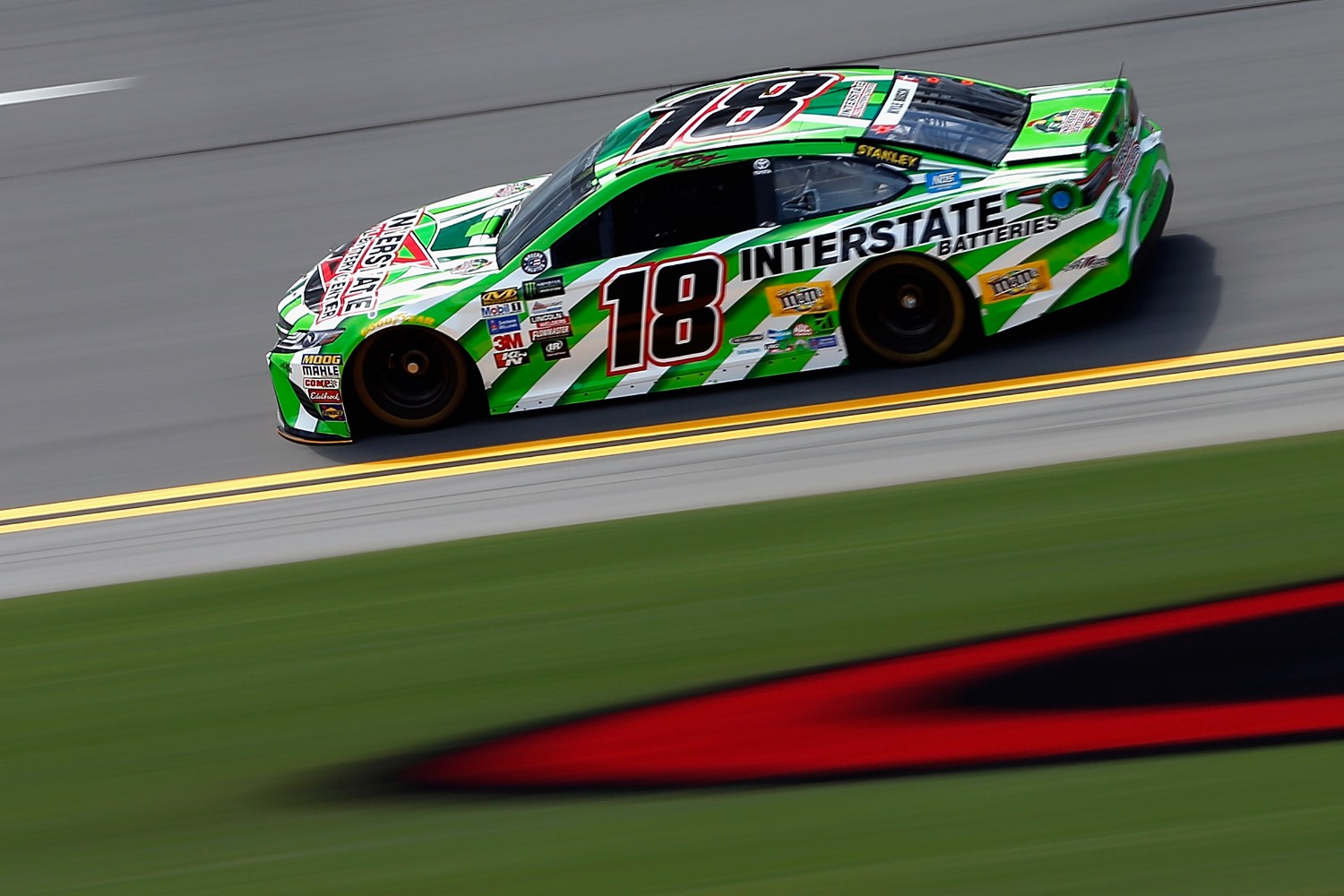 It wasn’t a total makeover, but Toyota teams competing in the Monster Energy NASCAR Cup Series did put a redesigned Camry on the track in 2017.

Changes in the NASCAR product were made to bring the car more in line with what was being offered to the general public, from an appearance standpoint.

The NASCAR entry was described as “aggressive" by Toyota officials.

Aggressive in the looks department, and by season’s end, quite successful on the track.

Breaking in the new Camry took some time, according to Busch, driver of the No. 18 for Joe Gibbs Racing. Toyota teams won just two of the season’s first 17 races, both belonging to Truex and his No. 78 Furniture Row Racing group.

“It seemed like the 78 bunch was ready to go a lot quicker than we were," Busch said recently. “They were really fast early in the season. They won Las Vegas, they were really quick at California. … It took us probably until about May or June (to catch up)."

Not that Busch and his team, led by crew chief Adam Stevens, struggled. Busch posted five top-five results in the opening third of the season, including runner-up finishes at Martinsville and Charlotte.

“There were races," Busch said. “I mean we should have won Phoenix (where he finished third) back in March, but there were times were just kind of off and kind of slow. And our ‘off’ was fourth or fifth place.

“We just didn’t have the raw speed to just go out there and lead laps and be up front and win. That really didn’t show up until about May or June."

For the third consecutive season, Busch won multiple races – beginning at Pocono, sweeping at Bristol and then knocking out Playoff victories at New Hampshire, Dover and Martinsville on the way to Homestead and another shot at winning the championship. There, only Truex was better, capturing both the race and the title while Busch finished second.

Chevrolet teams will debut a new car model in 2018 as the Camaro ZL1 replaces the SS. Busch said it’s difficult to estimate how long it may take Chevrolet teams to get up to speed.

“Look at the (Stewart-Haas Racing) guys and they kind of struggled with the build of their Ford and trying to figure out what was going on with it," Busch said. “They tried things that they knew worked on a Chevy and it was the exact opposite of what they thought it would be for the Ford body.

“It just depends on what the body build is like and what all happens and goes on in their research and development and making their cars better.

“Obviously when you have a model change it’s supposed to be better than the current model you have, so they should come out of the box just fine."

SHR made the swap from Chevrolet to Ford for the ’17 season. Kevin Harvick won twice and made the Championship 4 while teammate Kurt Busch won the season-opening Daytona 500.

Based on his own team’s overall results, Kyle Busch said ’17 was “a good year," but expects improvement in ’18.

“Many would consider a great year but certainly in the end there was a lot of disappointment there and aggravation," he said. “But that only fuels the fire for what’s going to happen in 2018."

Heading into ’18, Busch has 43 career victories in the Monster Energy NASCAR Cup series, second only to seven-time champion Jimmie Johnson (83).

He has advanced to the Championship 4 for three consecutive years, missing only in ’14 when the Playoff format debuted. NASCAR.com