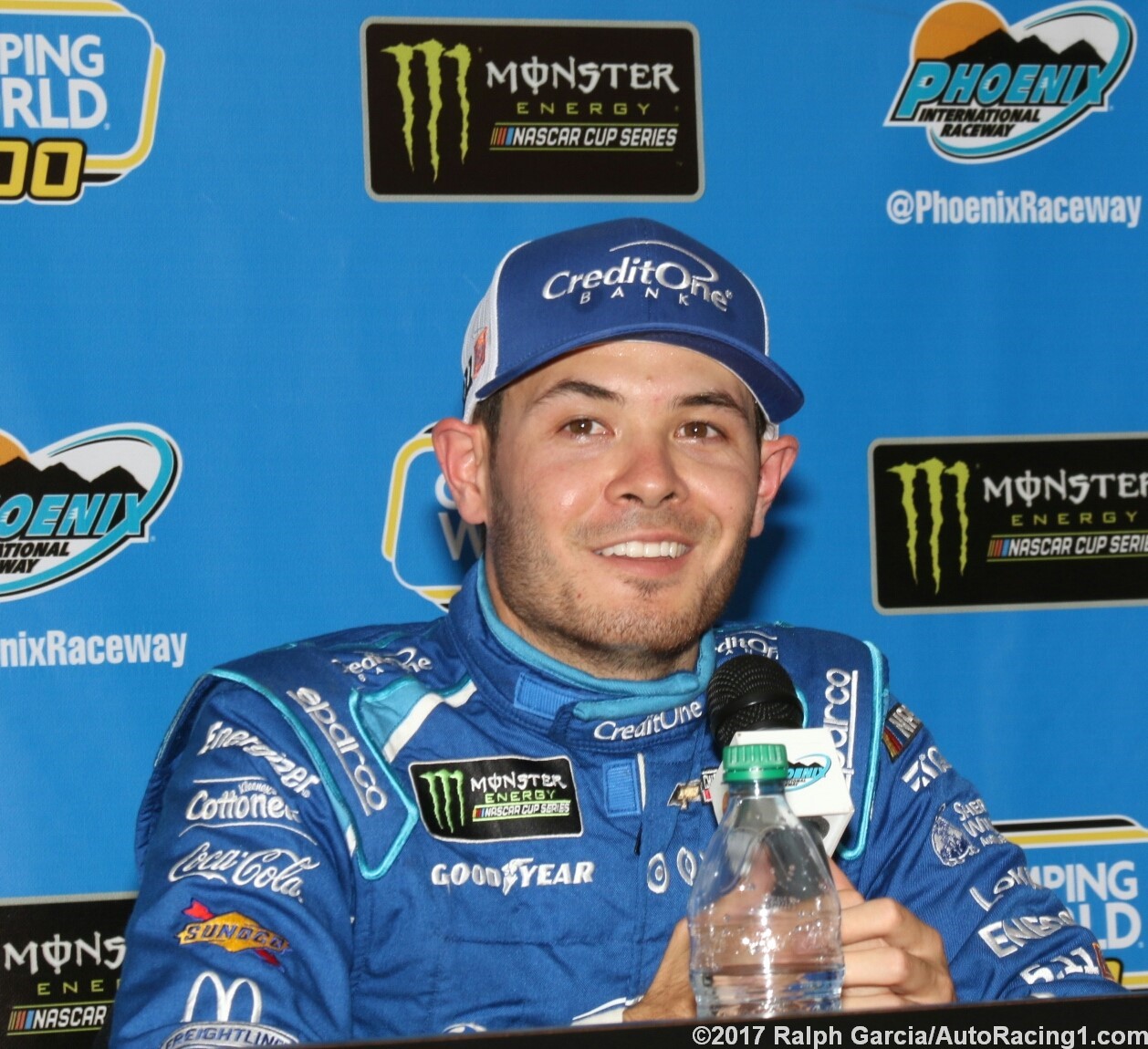 UPDATE “NASCAR is where I wanted to make it. I would’ve been perfectly fine if I didn’t make it in either, I would be on the Outlaw tour right now racing and loving life. Racing on the World of Outlaw Tour is my main goal. NASCAR is just the step to get there." Kyle Larson

Kind of strange to hear that coming from a guy who moved into the NASCAR stratosphere in 2017. The 25-year-old from California won four times in Cup and also won three Xfinity Series races. He also made the playoffs for the second straight season.

If anyone is poised for next-level stuff in 2018, it’s Larson. He’s also part of the young corps of drivers who will be moving up and filling the void in the sport left by the retirement of some of the sport’s biggest stars.

So what gives? Does Larson prefer open wheel cars on dirt over NASCAR Taxicabs?

12/27/17 If Kyle Larson can have his racing dreams unfold the way he wants, dirt track fans may have plenty of reason to rejoice down the road.

The comments came after Larson was asked if making it to the Monster Energy NASCAR Cup Series was always his ultimate goal or not, leading to a candid response that set social media ablaze.

"As everyone knows, with NASCAR … there's a lot of money in the sport, and you can make a good living from racing there," Larson told show hosts Ross Wece and Justin Fiedler. "So I wanted to make it to NASCAR, and throughout the 2011 season I had opportunities to go Indy Lights racing and stuff like that … but I just wasn't into that. I grew up watching Tony Stewart, Jeff Gordon and wanted to race with them."

"NASCAR is where I wanted to make it, but I would have been perfectly fine if I hadn't made it, honestly. I'd probably be on the Outlaw (sprint car) tour right now, racing and loving life. NASCAR wasn't … I'd say that racing on the World of Outlaws tour full-time is my main goal; NASCAR's just the step to get there." Race Chaser Online