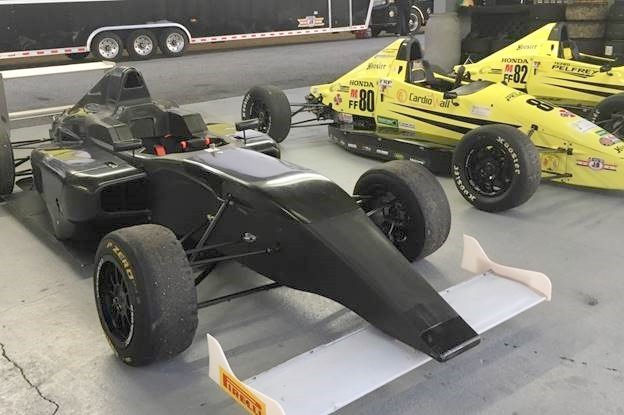 The off-season has been anything but quiet for the Formula 4 United States Championship Powered by Honda since its season finale at Circuit of the Americas Formula 1 United States Grand Prix in October. Entering its third season, the series announced its 17-race schedule that starts with supporting Pirelli World Challenge at Virginia International Raceway in April and finishing for the second consecutive year at COTA with F1 in October.

The grid-size has also started to expand for 2018 as teams like Miller Vinatieri Motorsports announce their team roster and new teams like Team Benik add F4 U.S. to their development and competition programs.

Last week, F4 U.S. added another championship team to its arsenal. Geoff Bushor, owner and operator of three-time championship-winning Team Pelfrey 1600, formed Century Auto Racing to campaign for the 2018 F4 U.S. title. Bushor, who was exposed to the rapidly growing series in 2017 as an engineer, will field three cars under Century Auto Racing.

“After witnessing first-hand the potential of this group, I knew I wanted to become more involved," said Bushor. “It will be our intention to carry on with Team Pelfrey 1600 and have Century Auto Racing operating with shared resources to continue the team’s prior successes. All the people involved agree that a separate brand was in everyone’s best interest to give the SCCA Pro Racing team a new and fresh image."

Century Auto Racing started testing two cars in November, and anticipates that the third car will be delivered by the first official series test in January.