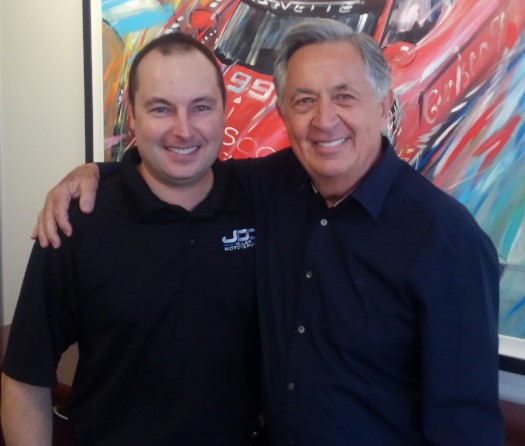 Bob Stallings, Executive Chairman of GAINSCO, as well as the founder of the GAINSCO/Bob Stallings Race team, recently decided not to run his own race team, but is committed to continuing the legacy of the Red Dragon by partnering with an organization capable of a long-term winning program. Stallings commented: “We had many opportunities to continue our quest for championships and JDC-Miller MotorSports was an easy pick. John Church and John Miller have established themselves as a team to be reckoned with, even against the formidable competition in IMSA."

The Minnesota-based team made an impressive debut in the 2017 IMSA LMP2 Prototype Championship, finishing fourth overall. They led four events and were the only LMP2 team to complete every race in 2017. “After getting to know them both and seeing the success they have had in a short period of time and especially after watching their performance in the Mosport race last season, I knew we had found the right match.

Led by team principal John Church, JDC MotorSports mastered the open wheel and sports car ‘Ladder System’ earning 18 motorsports championships since its inception in 2011. Goikhberg and Simpson will enter their third full season driving together with the JDC squad. It’s been a successful pairing thus far, having won the 2016 Rolex 24 At Daytona and Long Beach in the Prototype Challenge class before very successfully transitioning to the top-tier LMP2 class in 2017.

Second place finishes at Watkins Glen and MoSport highlighted the season, which featured six top-five finishes, and made JDC-Miller MotorSports the most successful non-manufacturer LMP2 team in the IMSA WeatherTech SportsCar Championship. Church commented: “We are very honored to gain the support of GAINSCO Auto Insurance and to carry on the livery of the No. 99 Red Dragon. It was immediately evident that the GAINSCO folks are as committed as we are. This is a tremendous opportunity for JDC-Miller MotorSports and we look forward to the season ahead."

GAINSCO Auto Insurance carefully considered its options for 2018. The leader in non-standard auto insurance developed the successful “Are You Driven?" campaign around its championship winning motorsports program with Bob Stallings Racing to build brand awareness and advance its distribution strategies.

Andy Jordan, Sr. Vice President of Marketing and Business Development led the search for the GAINSCO’s 2018 racing partnership: “We were amazed and flattered by the amount of interest we received from teams who felt their racing programs would be elevated by an opportunity to partner with us and run the famous “Red Dragon" livery. There were several important considerations for GAINSCO; the team had to compete at the highest level, and it had to feel like the kind of family we could be a part of and believe in. JDC-Miller Motorsports was the team we kept coming back to.

"They race prototypes, they are great people, they are committed to win and the parallels between JDC-Miller Motorsports today and GAINCSO/Bob Stallings Racing in 2006/2007 were abundant. I couldn’t be prouder and more excited to join John and his team for the 2018 season and hopefully beyond."

In addition to its extensive at track activation program, GAINSCO Auto Insurance hosts a show car for the benefit of its appointed independent agents that tours the states where GAINSCO markets its personal auto policies (Arizona, Florida, Georgia, New Mexico, Oklahoma, South Carolina, Tennessee, Texas, Utah and Virginia). With over 200 appearances annually, the program generates enthusiasm among race fans, GAINSCO policyholders, and insurance agents alike, providing an up-close view of the excitement and technology of Sports Car racing.