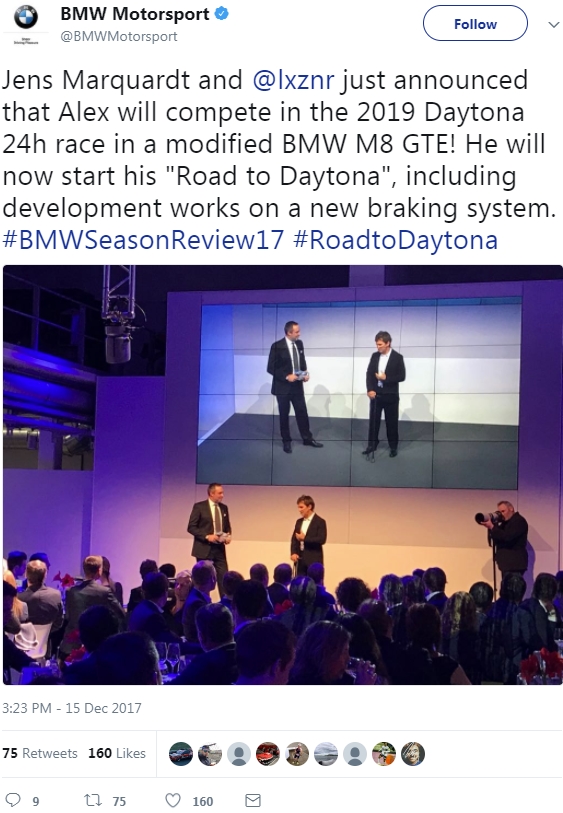 BMW has announced that ex-Formula 1 and CART racer-turned-Paralympic gold medalist Alex Zanardi will enter the Rolex 24 at Daytona in 2019.

Zanardi would drive a specially prepared M8 GTE in the race.

Since his accident, Zanardi has competed with BMW in the World Touring Car Championship, and most recently, the Blancpain GT Sprint Series. He also took up hand-cycling, achieving victories and earning gold medals at the 2012 Paralympic Games in London, and the 2016 games in Rio.

Zanardi's training in a "Road to Daytona" series leading up to the race. Apparently, Zanardi is already at work developing a new braking system for the M8 GTE.