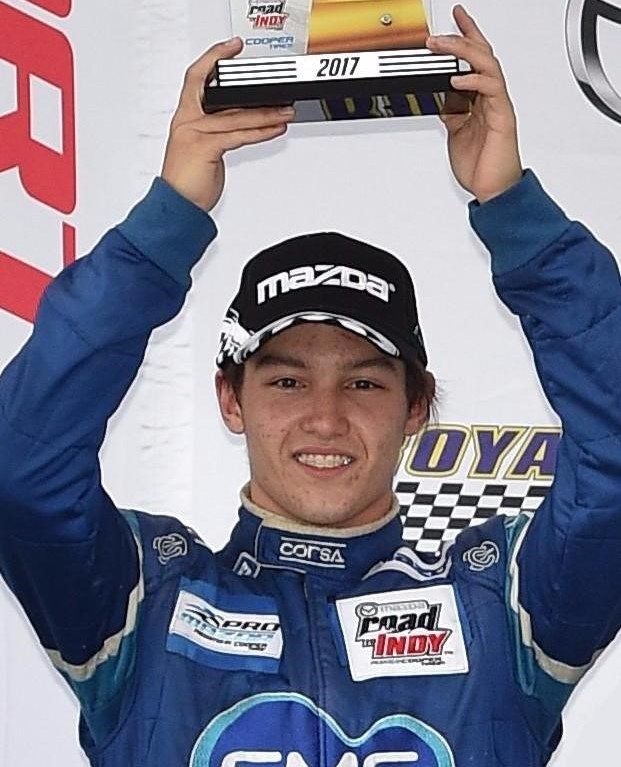 Juncos Racing announced today Carlos Cunha will join the team for the 2018 Pro Mazda Championship Presented by Cooper Tires. Cunha is the third driver to commit to the reigning 2017 Pro Mazda champions.

“It’s great to become a part of Juncos Racing," said Cunha. “I am really excited to start the 2018 season with Juncos Racing. This fall we did some testing together and from there I was able to see how focused everyone on the team is and I even felt like I became a part of their family in no time. I am confident we will get great results together next year and I look forward to learning and growing more with the team. It will be a huge pleasure and also a great responsibility to carry the number one on my car, thanks to Victor (Franzoni) and I hope to deliver it back to the team at the end of the year!"

Cunha began testing with Juncos Racing in early October at the Mid-Ohio Sports Car Course. The Brazilian made his official debut with the team for the Chris Griffis Memorial test at the Indianapolis Motor Speedway running the first day in the Pro Mazda series and the second day in the Indy Lights series.

Team Owner Ricardo Juncos said “We are excited to add Carlos (Cunha) to our Pro Mazda line-up. From the moment we started testing with him in early October, we knew he would be a great fit for our team. Carlos has been very quick in testing and even had an impressive showing in the Indy Lights car at the Chris Griffis test back in October. He had a great run this past season in the Pro Mazda series and we are confident he will carry that momentum into the 2018 season. I want to thank Carlos, his family, and Fernando Avallone of Ava Sports for the opportunity to work with him this coming year!"