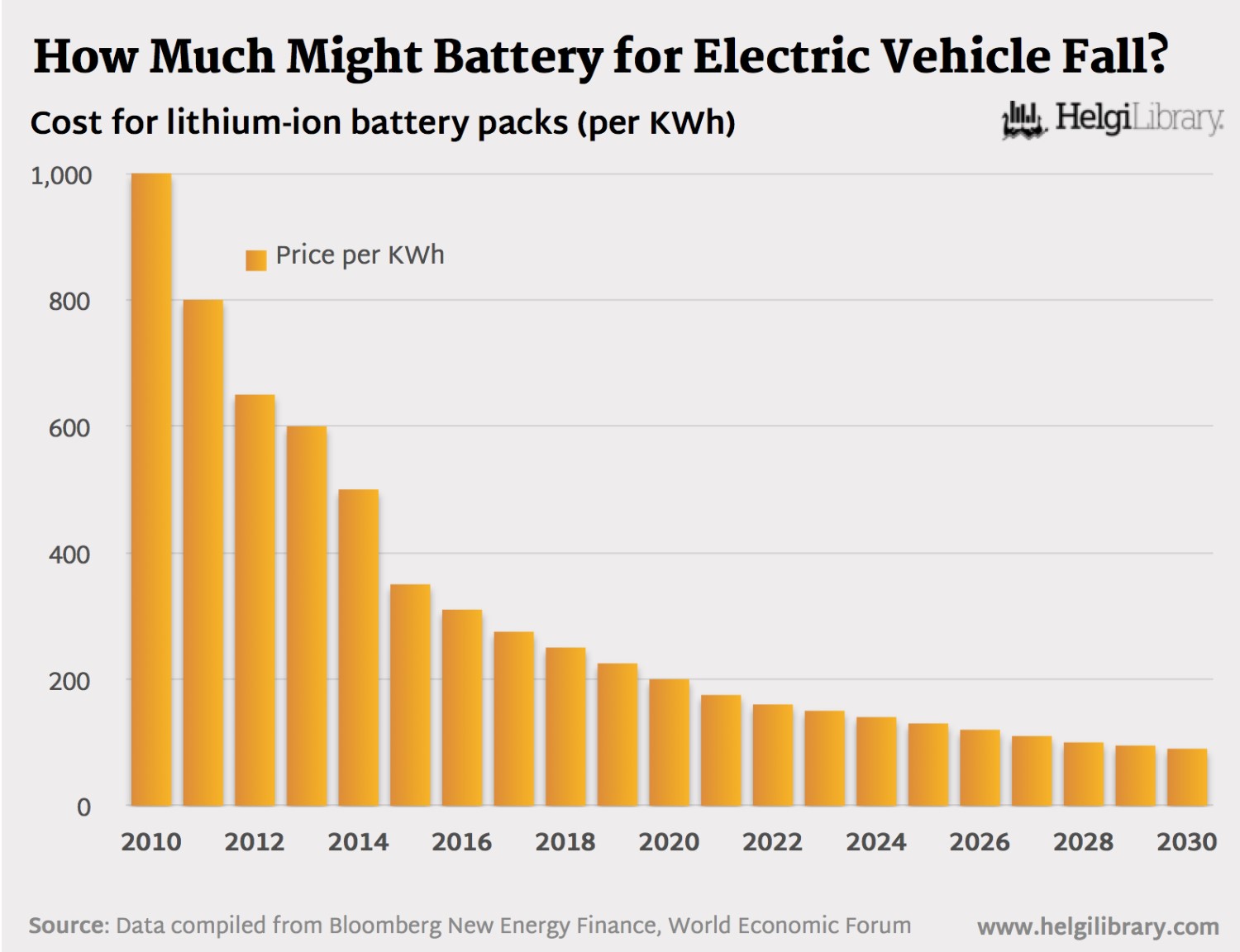 Though the battery pack remains the single costliest part of an electric car, the price has fallen 80% since 2010, to $227 a kilowatt-hour, according to McKinsey. Tesla claims an even-lower $190, and the price could fall further as the company ramps up production at its $5 billion Nevada factory…..

Increased supply, especially from China, has been a key driver, and there’s more coming. Global EV battery supply could double to 260 gigawatt-hours by 2020, Bernstein forecasts, outstripping demand by more than 70%.

And Chinese makers have advantages of their own, starting with economies of scale. The country is by far the biggest market for electric cars, and protectionist policy has effectively shut out foreign battery makers.

Beijing‘s relentless efforts to secure key raw materials like lithium, cobalt and graphite may sharpen its makers’ edge, and the government could sharpen it further by encouraging consolidation in the currently fragmented industry.

Panasonic may be best positioned to defend itself against a flood of supply, thanks to superior technology–its cells have a higher energy density–greater scale and a captive client in Tesla, though having its fate so tied to a single car maker carries its own risks

But the two Korean makers are catching up. LG Chem, in particular, has improved the energy density of its battery cells by more than 70% since 2011, according to Deutsche Bank. Both suffer low margins because they are fighting for orders from European car makers.

Low prices aren’t a problem for the battery makers if they kick-start electric-car sales. But to drive production costs low enough to foment an EV revolution may require an advance beyond the current lithium-ion technology. That makes picking winners in the EV-battery race difficult indeed. Jacky Wong/The Wall Street Journal