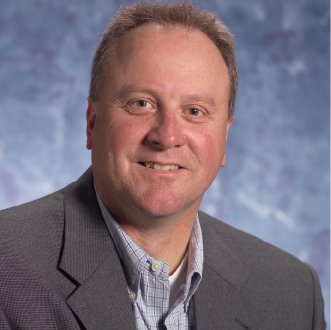 INDIANAPOLIS, Ind. (Nov. 29, 2017) – Brian Barnhart has been named President of Harding Racing, effective December 18, 2017. Barnhart, will be based at the Harding Racing corporate office in Indianapolis, Indiana.

“We are thrilled to have Brian join Harding Racing. Brian’s years of experience on both the IndyCar competition side and the operations side makes him an invaluable resource within the league," said Mike Harding, owner of Harding Racing. “We have the legendary Al Unser, Jr., an incredibly talented young driver in Gabby Chaves, a hand-picked winning crew led by team manager, Larry Curry, and now Brian. He is the missing piece that will take Harding Racing to victory lane."

Barnhart’s tenure in the operational side of IndyCar began in 1997 where he served in various roles, most recently as Vice President of Competition and Head of Race Control. Prior to his move to INDYCAR, Barnhart spent several years as a crew member for multiple race teams including Al Unser Jr.’s winning teams.

“I am so appreciative of my years at INDYCAR and with the Hulman-George family," said Barnhart. “The opportunity from Harding Racing to return to the competition side of INDYCAR racing was too hard to pass. I am very excited about the incredible opportunity to work with Harding Racing and alongside Al Unser Jr. again."

Harding Racing is part of Harding Group, a prominent local Indianapolis company that has conducted business in Indiana and surrounding states since 1960. Harding Group’s more than 350 experienced craftsmen, degreed engineers and estimators provide customers with one-stop shopping for their paving needs. Pavement Magazine consistently ranks Harding Group’s Asphalt Division in the “Top Ten" of asphalt paving companies in the United States. Over the course of their 50-year history, Harding Group has evolved from a single company to a diverse set of companies including Harding Transport, Harding Materials Inc., Harding Logistics and Harding Snow & Salt.