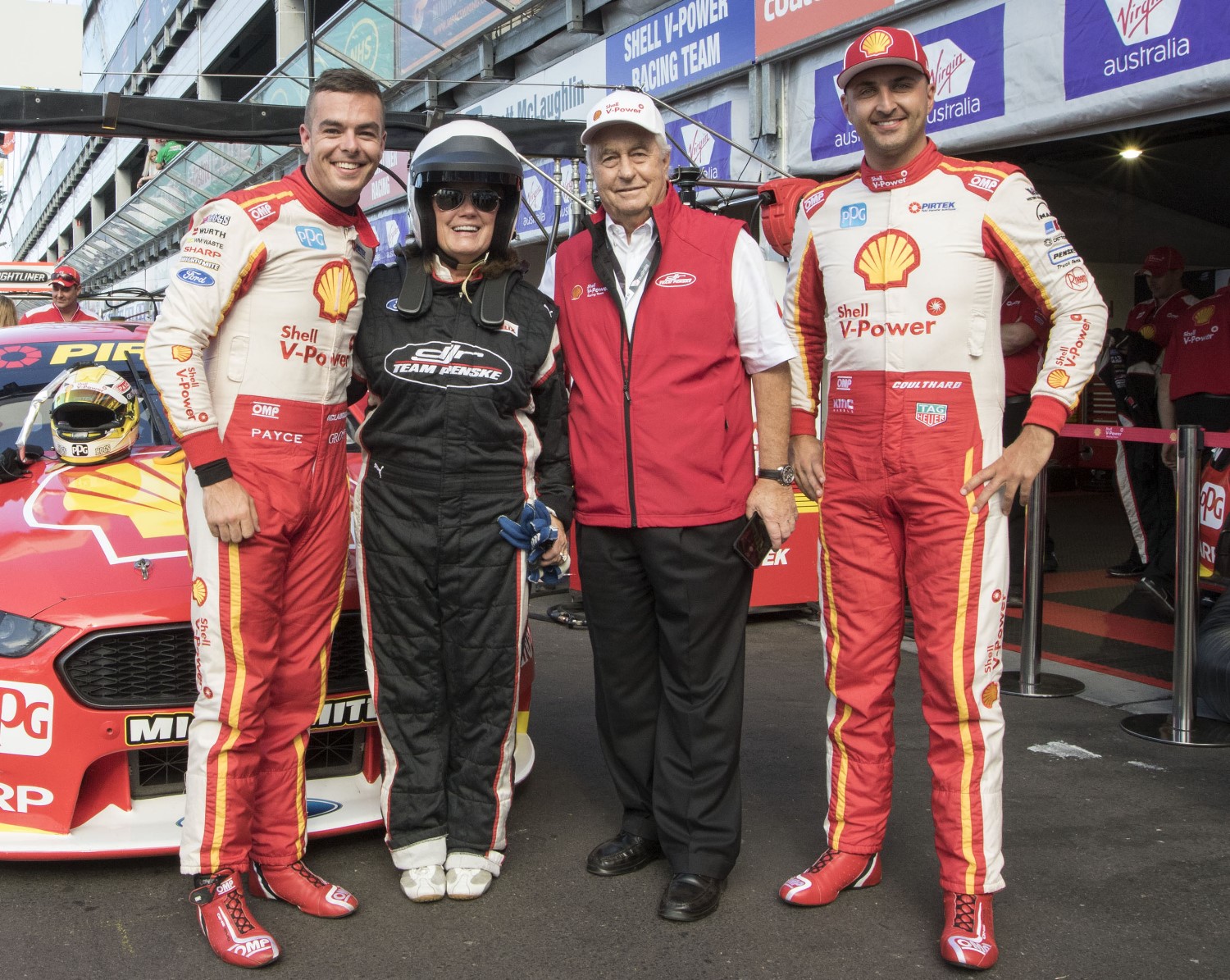 When Danica Patrick runs the Indianapolis 500 next May, it won’t be for Roger Penske.

“Unfortunately she’s not driving for us," he said. “But I think that’s a great seat for her. If she is going to drive, that’s a great team. They’re the ones that have always been competitive there. I take my hat off that she wants to continue to go back to open wheel. That’s going to be terrific for the sport and a lot of interest around the country."

“I think she’s going to be — in a good car she’ll pick it up," Penske said. “She’s got plenty of time to practice, and you know, it’s four corners, a little bit different than maybe some races. But I take my hat off to her. If she can run the Daytona 500 where she’s been on the pole and run competitively, I think it’s a great way for her to say maybe, ‘Hey, I’m here, I’ve done it, I’m going to go back to the two biggest races and see if I can’t get on top.'"

2016 Indianapolis 500 Champion Sam Hornish Jr. was also on-hand as part of Penske’s championship-winning team and felt running the Daytona 500 and Indianapolis 500 is a great way to close a career.

“You think about how many people as kids, as adults, whatever it is, (just) dream of being able to run in one of those two races," he said. “For somebody to have the opportunity to do both of them in one year, I mean, it’s a great thing. Obviously, you think about just the time span and the differences in the cars from probably when she was in them last, there’s going to be a little bit of a difference in the way that even just the races are run.

“I think that if you look at the way that things are over there, patience is a big key about what the 500 is now and positioning yourself at the end, and that’s so much of what NASCAR is. So I think I agree with Roger on the fact that she’s probably going to have a better shot at Indy because of what she’s done over the last five years."