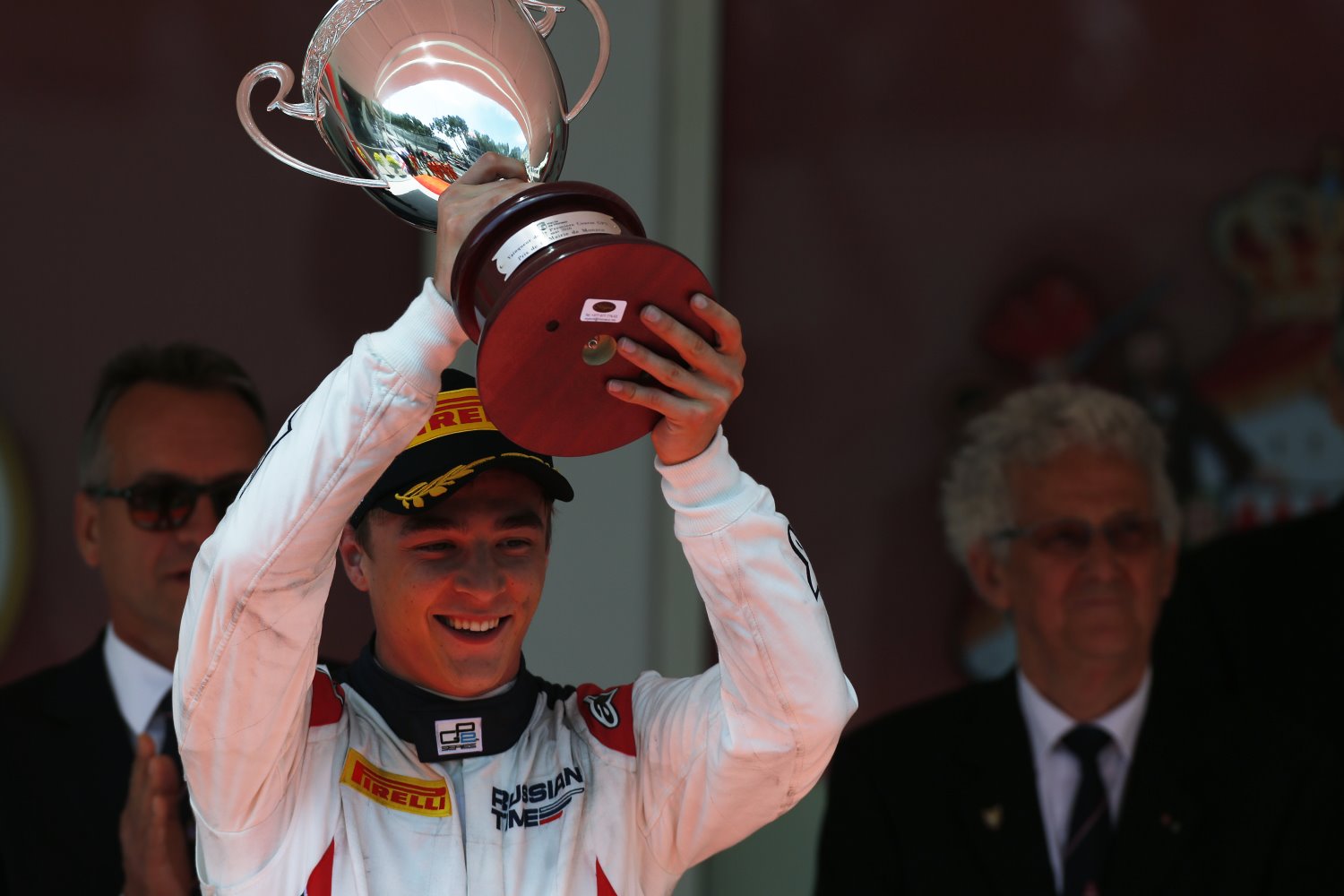 UPDATE Unlike in NASCAR where a cheater always keeps his win, Oliver Rowland has been disqualified from victory at the Formula 2 Feature Race at the Yas Marina Circuit, thus promoting Artem Markelov to the win.

Rowland overhauled Markelov after the pit stop phase in the floodlit race to capture victory, his third of the year, but post-race checks deemed his car to be illegal.

Scrutineers deemed that the skid block on Rowland's car was below the prescribed thickness, and he has been excluded as a consequence.

The post-race drama thus means Markelov, rather than Rowland, has secured the runner-up spot in the standings, with a 17-point gap between the pair.

"So sad to be disqualified from the Feature Race," Rowland posted on social media.

"But I'm very proud of the race today. I'm proud of my team and everyone that has helped me this far."

Elsewhere, Antonio Fuoco was also excluded from the results after his front tires were found to be below the minimum specified pressure.

Fuoco had placed third, having been gifted the position exiting the final corner by team-mate Charles Leclerc, but now leaves empty-handed.

Leclerc therefore moves from fourth to second, with Luca Ghiotto inheriting the final spot on the podium.

Sergio Sette Camara and Louis Deletraz move into the points in ninth and 10th spot.

11/25/17 Oliver Rowland build his third win of the season in a very technical FIA Formula 2 Championship feature race this evening at the Yas Marina Circuit, putting the various pieces together better than any of his rivals to run home 6.6s ahead of championship rival and poleman Artem Markelov and Antonio Fuoco, who passed teammate Charles Leclerc on the line as the checkered flag fell.

Evening fell on a conundrum for most of the teams on the grid when it came to strategy: the supersoft Pirellis were seen as fast but fragile, leaving a lot of head scratching as to when, and how, to use them. Tires were still being changed on the grid, but when they started their formation laps Markelov led them away on supersofts, Nyck De Vries beside him was on softs, with most of the grid followed the Russian’s lead.

When the lights went out Markelov made a storming start to lead De Vries, Rowland, Norman Nato, Nobuharu Matsushita and Luca Ghiotto through turn 1, while behind them new champion Charles Leclerc was now just ahead of teammate Fuoco, who made a poor getaway and was scrabbling for position. Ghiotto was soon up to P4, with his teammate looking to build a gap out front, but the supersofts were going off fast: Rowland was driving very delicately to preserve them for as long as possible, but Markelov was pushing hard to stop De Vries finding a way through into the lead.

The Russian came in on lap 7, followed by Rowland, Fuoco, Matsushita, and Jordan King, and within a few laps the soft-shod drivers led the way, almost in the order in which they started: De Vries from Leclerc, Sergio Sette Camara and Alexander Albon, who had made a strong opening stint to push forward from the back of the grid up to P4 as the laps rolled down.

Further back, the move of the race happened on lap 8 when Rowland, clearly happier on the soft tires, made a cheeky jump past Markelov at turn 8 for P7 on track, putting him at the front of the queue when the next set of stops came. 3 laps later there was change at the front too: De Vries ran too deep at turn 8 and had to give way to Leclerc, who did not look back as he tried to build any gap he could over Rowland, while Albon jumped up to P3 with a nice pass on Sette Camara.

Rowland and Markelov were now on a charge, slicing past their rivals on older softs for lap after lap, with the Briton making a number of passes at turn 8 and the Russian followed him through at the Marina section: Markelov was closing the gap to Rowland, but was just unable to break into the DRS gap to the Briton as the pair ate into Leclerc’s lead by a second a lap.

The inevitable happened on lap 24, with Leclerc and De Vries both coming in together: the Monegasque driver lost some time with a slow stop but emerged in P5, which became 3rd next time through as the others pitted, and he was soon eating into Rowland and Markelov’s lead by 2.5s a lap: there were enough laps remaining for Leclerc to close and catch his rivals, but would he have enough tires?

The answer came on the final 3 laps, as Leclerc’s pace started to crack: Rowland was comfortable out front as he crossed the line well ahead of Markelov, who had just a slightly larger gap behind him until Leclerc slowed dramatic in the final sector, allowing Fuoco to pass for the podium on the line ahead of Ghiotto, who saved his tires to move forward at the end of the race ahead of De Vries, Nicholas Latifi and Matsushita, with Albon and King picking up the final points.

The result meant that the Teams’ Championship is on a knife’s edge with just tomorrow’s Sprint Race remaining: DAMS leads with the slimmest of margins over PREMA Racing and RUSSIAN TIME, who go to the final race of the 2017 season on 376, 374 and 373 points respectively.