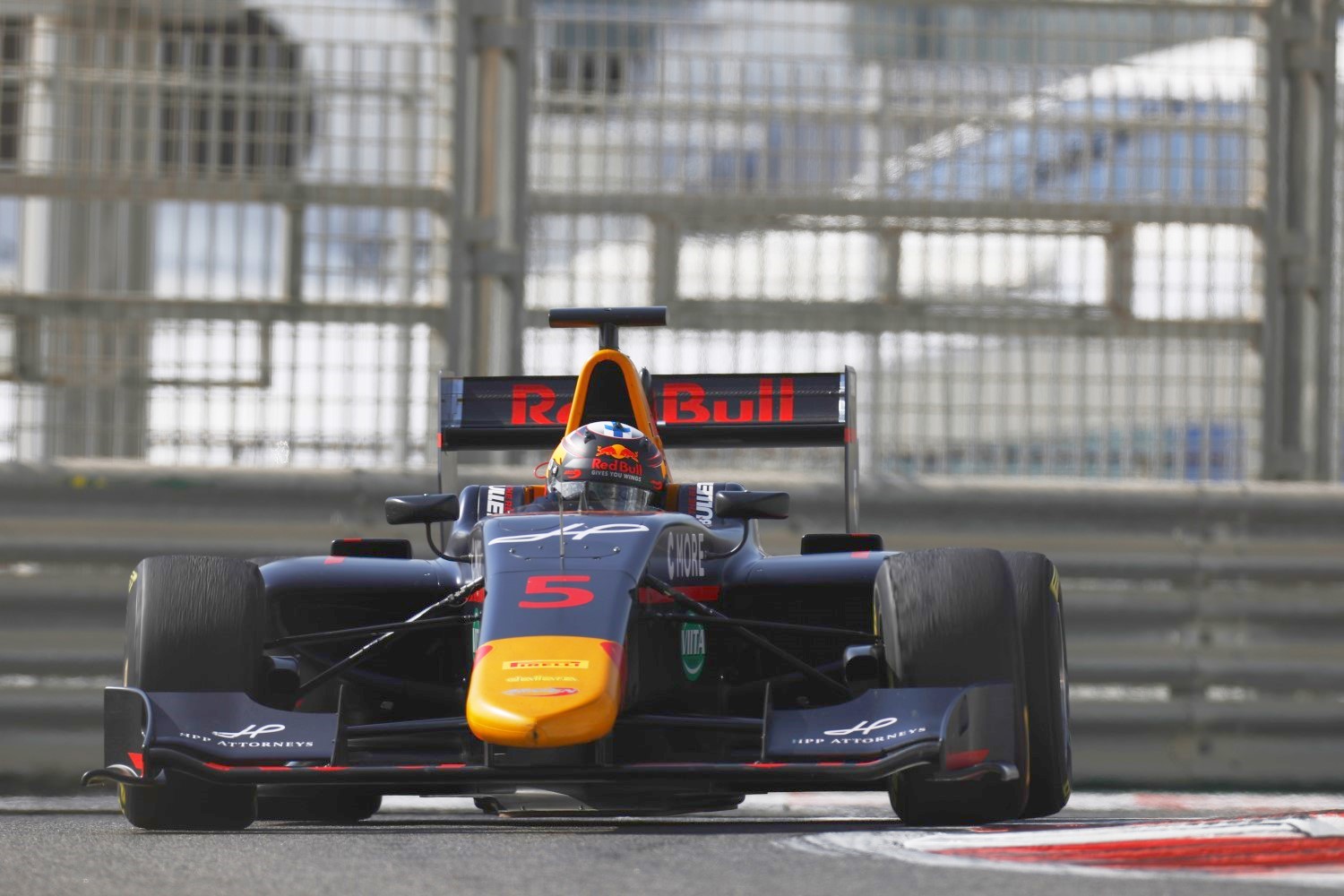 Niko Kari has laid down a marker for his rivals for the final round of the 2017 season by claiming the top spot on his final lap of the Yas Marina Circuit in this morning’s free practice session, biding his time before claiming the honors when his rivals had no chance to usurp him for a laptime that was less than a tenth faster than Dorian Boccolacci and Nirei Fukuzumi.

The Finn’s best time of 1:55.796 after the checkered flag had dropped was the quickest of a string of fast laps that came in the final minutes of a session which saw times tumbling throughout but was otherwise quiet, with no major off-track drama given the short gap before this afternoon’s qualifying session.

The track opened to warm and sunny conditions, with a number of drivers spending time on the top of the timesheets: Fukuzumi was the first person under the 2 minute mark with Kari, Dan Ticktum and Leonardo Pulcini swapping P1 between them until Boccolacci grabbed the top spot just before the 20 minute mark and held on until late into the session as everyone worked on their race simulations.

With 5 minutes remaining everyone turned up the wick once more: Anthoine Hubert picked up the pace ahead of a string of drivers swapping the top spot between them, with Giuliano Alesi, Kevin Joerg, George Russell, Kari and Fukuzumi rotating through before Boccolacci reclaimed P1 with 2 minutes remaining. Ticktum went purple in sector 1, soon overtaken by Boccolacci, and it looked like the Frenchman had done enough as he slowed in the 2nd sector only to hear that Kari had claimed P1, leaving him no time to improve as he rolled to the flag.

Behind the top 3 Ticktum, Russell, Hubert, Raoul Hyman, Pulcini and Arjun Maini were among the 14 drivers within a second of the top spot, promising fireworks in this afternoon’s qualifying session in just a few hours’ time.