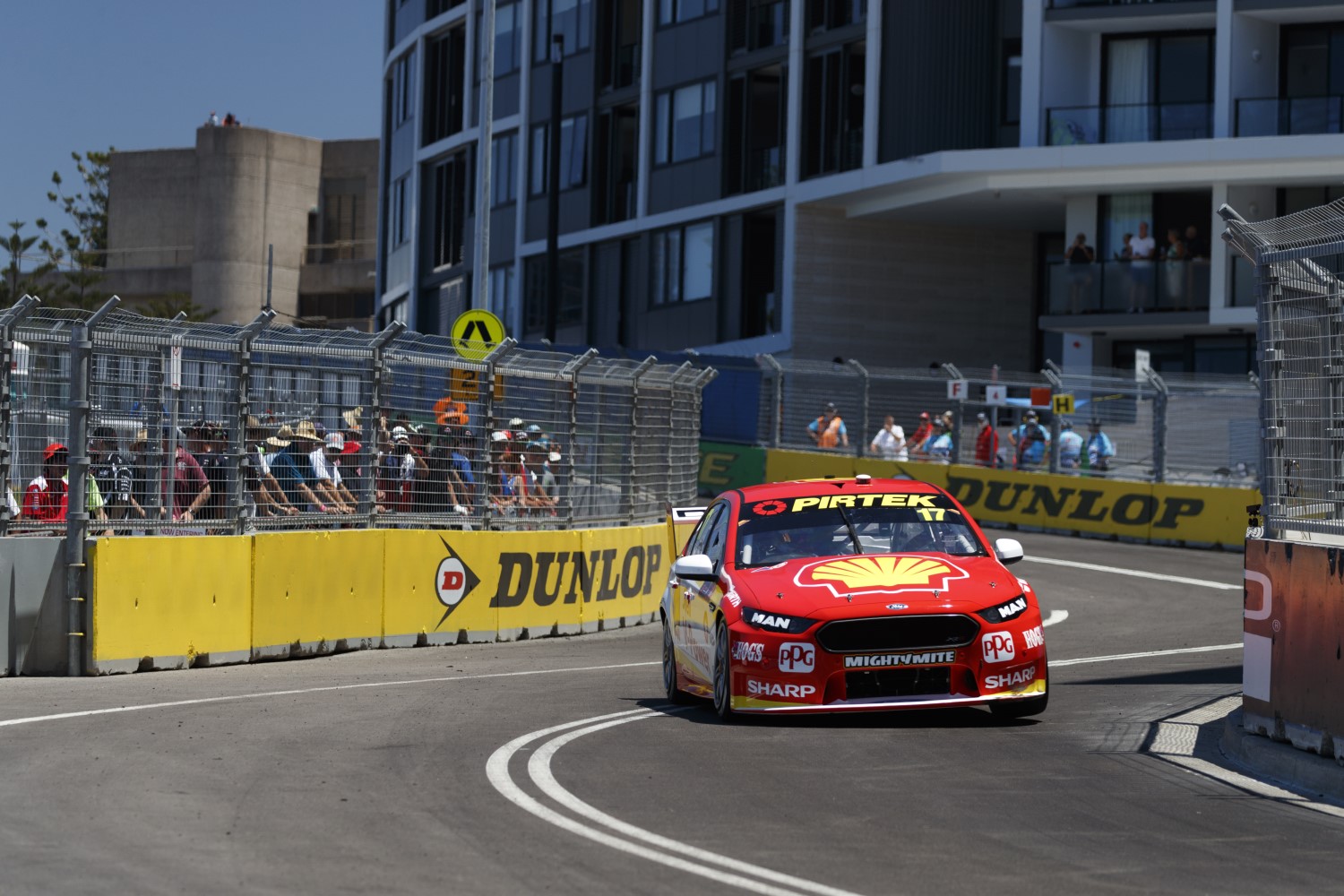 The Supercars title fight looks set to go right to the wire at the Coates Hire Newcastle 500 after Jamie Whincup and Scott McLaughlin traded blow for blow on the first day on the new circuit.

The decider of the Virgin Australia Supercars Championship looks like being a battle of epic proportions as Red Bull Holden Racing Team’s Whincup and Shell V-Power Racing’s McLaughlin went 1-2 in practice on the very first time in Newcastle.

If front of a massive first day crowd with the beaches on one side and the harbor on the other, the tricky layout challenged but it was the Championship leaders who came out on top.

Veteran Nissan racer Todd Kelly was third in his final Supercars race before he retires to run the team he owns with brother Rick.

Whincup got the kudos of being the fastest in the first session as McLaughlin struggled with the bumps, before the young prodigy struck back in the final session.

Both expect the head-to-head fight to continue over the next two days with two 250km races to come on Saturday and Sunday to decide if Whincup wins a seventh title or McLaughlin his first.

“We won’t have it all our own way but as I have said all week I hope it’s a fair race, our cars are reliable and we go out and race," Whincup said.

“It’s a short, little, crazy street circuit; Gold Coast on steroids in a way. Qualifying is going to be intense but than 95 laps, we are going to be well spent by Sunday afternoon."

McLaughlin has been the qualifying king this year and hopes that continues with spaces up the front critical to the outcome on both days.

“To be the fastest so far by a fair margin is nice but we have a long way to go. We will focus on it overnight and I have a few things to work on myself," McLaughlin said.

“Things are good and we won’t have it our own way as Jamie says. We are going to have to work harder than we ever have."

Fifth-placed Shane van Gisbergen was just 14th after a session that included a late trip down the escape road, where he was joined by James Moffat.

Despite the circuit being uncharted territory for the drivers, both of today’s 40-minute sessions ran without a single red flag interruption.

MCLAUGHLIN QUOTE: “Such an awesome track, it’s so impressive to see the big crowd lining the track on a Friday. The car is good, I have the tools to do the job so now it’s up to me to get it done. I’m pumped for qualifying tomorrow, and looking forward to the race."