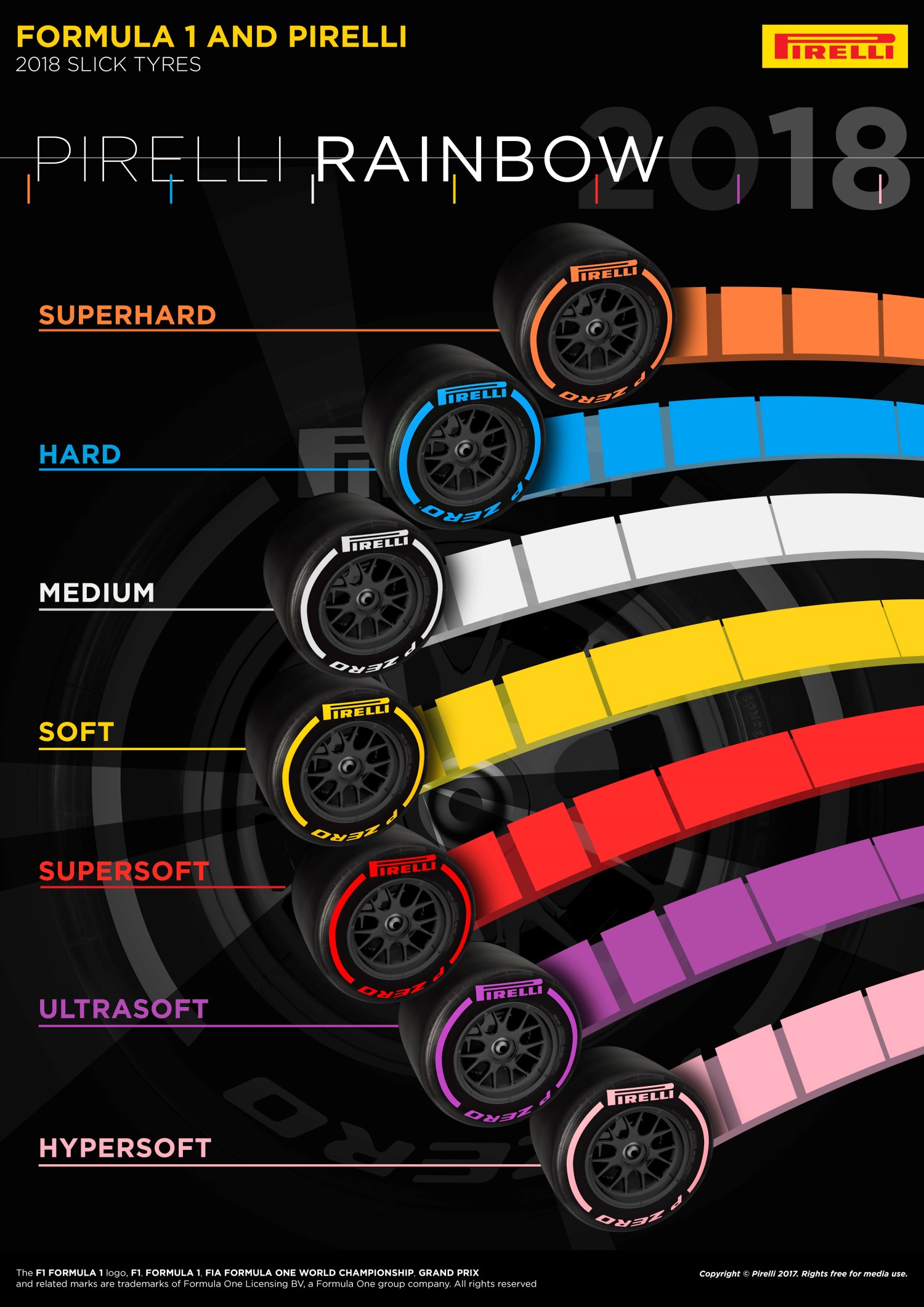 Pirelli launches its new range of 2018 Formula 1 tires in Abu Dhabi, which adds two extra compounds and colors next year, as well as fresh constructions, compounds and working ranges across the renewed family. These are the main points towards 2018:

Mario Isola, Head of Car Racing: “Compared to this year, when the tires grew by 25% to fit a brand-new generation of cars, the changes for next year are less far-reaching. However, we’re pleased to present some important innovations with softer and faster compounds across the range: including the new hypersoft. We realized that, under the unique circumstances of this year, some of our 2017 compounds were perhaps conservative: the tires we have created for 2018 addresses this, in line with the objective of having around two pit stops at most races. However, the fundamental design concept of the tires hasn’t changed next year, preserving the attributes that all drivers have appreciated this year and allowing them to push hard from the start to the finish of each stint. The new range consists of faster tires that should lead to even harder and more spectacular racing in 2018."

Following the two-day test in Abu Dhabi, the drivers will have the chance to sample the 2018 tires on next season’s cars for the first time during the two official four-day pre-season tests in Barcelona from February 26 – March 1 and March 6-9.

Further details on Pirelli’s testing plans for next season, in preparation for 2019, will be revealed at the start of next season.