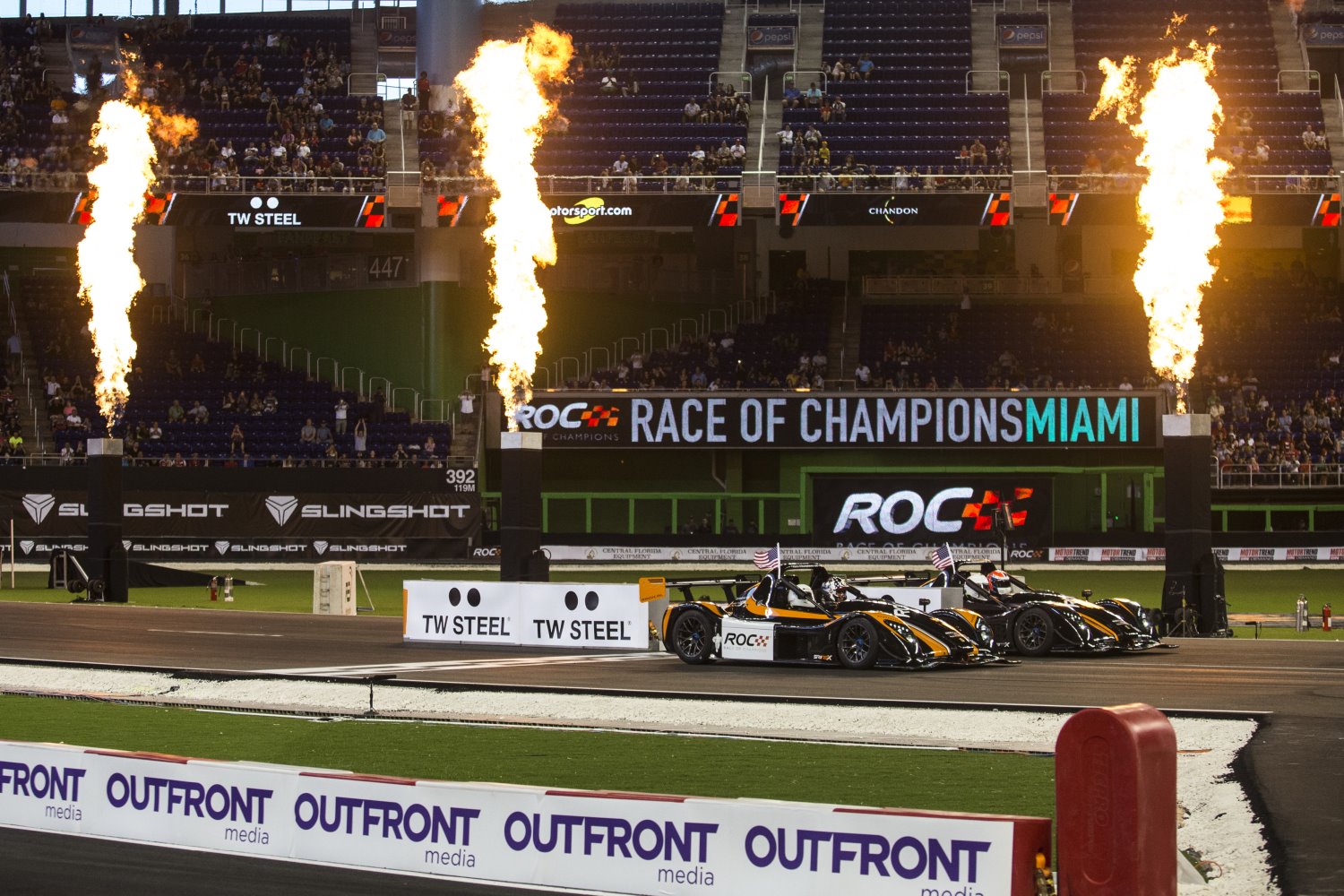 Colombia’s Indianapolis 500 winner and former Formula 1 ace Juan Pablo Montoya will defend the ROC Champion of Champions crown he won in January in Miami. He will be joined in Riyadh by Danish Le Mans legend Tom Kristensen, who has reached the Race Of Champions Grand Final four times in his last five appearances.

The future of world motor racing will also be on show as young British charger Lando Norris – who only turned 18 last week – makes his first ROC appearance. The newly crowned 2017 FIA Formula 3 European Champion (the youngest ever) Norris took a fine second place at the Macau Grand Prix last weekend and he has been signed up to be McLaren’s F1 Test and Reserve Driver for 2018.

It will be a baptism of fire for Norris as he comes up against many of motor sport’s most famous names including his fellow compatriot David Coulthard – another F1 great who was crowned ROC Champion of Champions in 2014 – plus double FIA World Rallycross Champion Petter Solberg.

American motor sport will also be well represented in Riyadh with Indianapolis 500 winners Ryan Hunter-Reay and Helio Castroneves making welcome returns to the event. They will be joined in action by 2017 IndyCar champion Josef Newgarden, another racer who will be making his ROC debut.

Kristensen said: “The Race Of Champions is very much a sprint… man and machine against each other and the clock. It’s about skill and determination as you jump into a car you’ve done very little practice in. So it’s a great challenge and a great spectacle and it’s an event I’m sure will go well in Riyadh. I spent eight months in Saudi Arabia with my family as a teenager because my Dad worked there, so it will be interesting to come back.

“I always take happiness and pride in taking part in the Race Of Champions. Over the years there have been so many drivers with so much speed, talent and grit competing, it’s always very motivating. I’m proud to have been part of winning the ROC Nations Cup a couple of times and I’ve made it to the individual final five times – yet I still haven’t won it. But now I’ve turned 50 I’ll take it a little bit easy. At least that’s what I tell my wife when I leave for the event…"

Montoya added: “When I came to the Race Of Champions for the first time this year I immediately regretted never having done it before! It was an amazing experience and Fredrik Johnsson and his team put together an amazing event.

“It’s all about fun but when you go to the grid it’s unbelievable how focused you are. It’s like qualifying. Experience plays a part too: after a few laps you start getting the hang of the cars, but you can also mess it up really bad. I still don’t know what gave me the edge in Miami; it must have been beginner’s luck…"

Now the event is heading to the Middle East for the first time to soak up the heat of Riyadh. Saudi motorsport fans will have a chance to watch the speediest action the city has ever seen as many of the world’s greatest drivers push to the absolute limit on a specially-designed tarmac track winding its way around the confines of the King Fahd International Stadium.

But that’s not all. The Race Of Champions is a non-stop show from start to finish and also features stunt shows on four wheels and two plus plenty of other entertainment to keep the race fans on the edge of their seats. Tickets for both days of action will go on sale soon from www.raceofchampions.com.

ROC President Fredrik Johnsson said: “We are thrilled to be bringing such a stunning line-up of drivers to Riyadh for ROC’s first event in the Middle East in February. From last year’s finalists Juan Pablo Montoya and Tom Kristensen through to our youngest debutant Lando Norris plus stars of everything from Rally X to the Indy 500, we bring the greats of all the world’s great motorsport disciplines together and set them free to battle – all in identical cars.

“Rest assured we will put together a truly memorable event for fans of fast cars and even faster drivers. Now we look forward to welcoming a packed crowd to enjoy this festival of non-stop action and excitement as we bid to find an answer to the eternal question: ‘Who’s the fastest of them all?’"